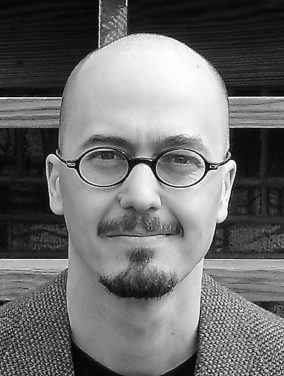 In my neighborhood, my friends played sports year-round: football in the fall; basketball in winter and spring; and baseball in the summer. Most of the time, I’d join them, and we tried almost any sport we saw. After seeing field hockey in the early days of ESPN, we used metal tent poles as sticks and played in the Kellys’ backyard with a tennis ball until someone swung too high and hit Pat Kelly in the cheek with the end of a tent pole, giving him a gash he would wear for weeks. I learned how to play tennis using badminton rackets and a nerf ball, our bikes serving as nets, turned sideways on our driveway or carport (when it rained).

What’s odd, though, about our fascination with sports is that almost none of us ended up playing sports on the varsity level, whether from lack of interest or ability. Russ, the only one who ended up playing football his last couple of years of high school, seemed to do it more because of his friends than because of an interest in the sport itself. It seemed a pastime, not a passion. The rest of us played on school teams in high school, a few in middle school, or on teams through the Boys’ Club, especially a baseball team that largely consisted of boys from our neighborhood almost everyone played on until we were eleven or twelve.

In fact, apart from one person—Cook, we called him, using his last name—the rest of us actually weren’t all that interested in sports. Maybe I was, as my father had played basketball and baseball in the college and army, respectively, and he encouraged my involvement. He spent many afternoons and evenings throwing with me, taking me to shoot basketball at the university where he worked, or watching whatever major sport was on at the time (he was partial to college basketball and professional football).

I should say that he never pressured me into sports, and it was only much later in life that I realized he didn’t have any expectations for me at all. I was a small child and am a small adult compared with my father; I’m 5’8”, and he was a bit over 6’4”. When he was teaching me about basketball, he taught me how to play like a big man, as everyone assured me that my growth spurt was coming. They kept telling me how my father didn’t grow until after his sophomore year of high school. Though I have long arms like he did, I’m still waiting for the rest of my growth to spurt.

He came to visit me when he was attending his fiftieth high school reunion (where his basketball team was honored), and we talked about my lack of athletic ability. He said, “Go back and look at the pictures and see how small you were. Even if you made great contact with the ball, you’d be lucky to hit it out of the infield.” When I was a child, I didn’t realize that was true, but, as an adult, I can easily admit he was right. I could have been better than I was if I would have worked harder, certainly, but I didn’t think I had the athletic build I needed to truly succeed, especially in high school.

Perhaps that’s why I sometimes avoided playing sports in the neighborhood, especially football. Sometimes, instead of playing, I would referee, as if a neighborhood game needed someone to actually enforce the rules. But that’s what I would do. I would take a handkerchief from my drawer, put rocks in the middle of it and then rubber band them in to make a weighted penalty flag. I would call off-sides on twelve-year-olds who were standing inches in front of the ball, making them replay downs, though I never made the difficult calls such as pass interference. Those calls relied on judgment, and I wasn’t willing to take the risk of angering anyone. I stuck to the facts, calls I could easily defend if I was challenged. And I pretended as if my participation in the game mattered, though no one else really seemed to. They tolerated my presence, but they weren’t happy. At times, they could pressure me into playing. Usually, I would drift home.

There were other ways I tried to participate in sports without actually doing so. I had a game that we neighborhood boys played fairly regularly. It was called All-Star Baseball, a game that involved discs and two players; each disc represented a real life baseball star. We inserted the disc into a plastic slot with a spinner on it. The points on the spinner were numbered, with each point corresponding to a play in baseball. The player would spin, then based on what number the spinner stopped at, their baseball star would be awarded a hit or be declared out. I can still remember that a 7 or 13 was a single, while a 1 (in the top middle of the disc) was a home run. There were rules for how many bases runners were allowed to advance based on the hit. The two players would hold a draft or randomly select their discs, then play a 9-inning game. A number of us enjoyed playing it together.

However, it wasn’t enough for me to simply play this baseball game with my neighborhood friends. I would also play when no one was around, playing both teams by myself. I would even develop leagues with four different teams, work out schedules for what passed for a season, and keep standings to see which team ultimately won the season title. Yes, I even had a World Series. It was in these solitary moments that I realized that it was the statistics, not the game itself, that engaged me. I kept detailed statistics, updating the leaders in hits, RBIs, ERA, even fielding percentage, after every few games. I went through reams of paper that I kept in the game at all times, even after the seasons were already past. I didn’t really care who won or how or why. It wasn’t the strategy of it all. I simply enjoyed the numbers.

The same thing was true when I watched baseball games. If I attended a minor league game (the city where I grew up still only has a single-A team), or, if it was one of the summers we drove a couple of hours to see the Atlanta Braves play, I would get a program and record the game’s statistics. Afterwards, I would spend more time calculating batting averages and any other statistic I could, sometimes spending more energy on that than on the game itself. I didn’t pay attention to how the players performed in and of themselves; I wasn’t there to learn how to improve my performance on the field. I was there to keep track of what happened.

Keeping statistics for sporting events satisfied the geeky part of me, while keeping me connected to the sports that were so important in my neighborhood. It gave me a way to pretend to be involved in sports without actually caring about the sports themselves. I somehow preferred the imaginary world of sports I created through a game to the reality of playing. I was like Tolkien fans who learn Elvish or write fan fiction of what happens to Frodo after the end of the trilogy. Worse, I was like a Tolkien fan who really didn’t like the books all that much while learning Elvish. I was like a kid who played basketball on the Nintendo, yet talked about how good he was at basketball, as if he couldn’t see the difference between the two worlds.

One summer, when I was at basketball camp, one of the coaches was talking to us as a group. He asked how many of us thought we would play professional basketball. Many of us raised our hands, as did I. I was the kid who wasn’t even playing on his school team, who spent more afternoons lying on the bedroom floor doing math problems for fun than working on drills to improve. I was the kid who couldn’t use the correct shooting form because I was so small, yet I believed I was going to play professional basketball.

It wasn’t until high school, when the real athletes and academicians truly began to emerge, that I realized I couldn’t keep up the charade. I could have played basketball my sophomore year (they didn’t cut anyone), but I quit before the season started when it was clear I wouldn’t see any real playing time. I wasn’t willing to work at practice to get better, and I was falling in with a different group of kids, ones who were more interested in school than they were in athletics. I didn’t find my way to literature and writing until college, solely because of one professor’s influence, but I was already on my way to becoming an academic. Perhaps that’s why the statistics and the theoretical interested me as much as the real.

Now that I’m older, I pursue individual sports (running, especially) rather than ones that require a team. The few years I worked at private high schools, before I made the move to university teaching, I helped coach a variety of teams, ranging from basketball to tennis to cross-country. Not only did my athletic background make me more employable, but it also helped me get to know students I would never know in any other way, and they got to see me as more than someone who reads and writes.

No matter where the pressure came from when I was in middle and high school, it shaped me (as pressure always does) into the person I am today. My childhood is like the argument I make about liberal arts when I teach core classes to undergraduates. I explain to my students who are taking a world literature survey or a composition course that we require such classes because we want them to see the world as wider than what their discipline might offer. Even if they’re going to run a business, work as a nurse, or spend their lives doing statistics, they can have other lenses through which to see the world, including literature and writing. Because of my childhood, I can see the world through the lens of athletics, connecting with relatives and students alike, helping me live in a wider world, as well.