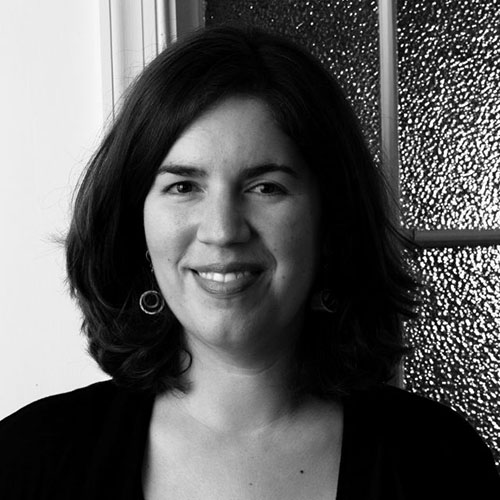 Last night might have been the last straw, I wrote in my journal one night at the cabin. I don’t know whether I meant the last straw for all of country living, for visiting this one-room hideaway in Virginia’s Blue Ridge Mountains, or simply for that particular weekend.

For the second spring in a row, we had already dealt with the stinkbugs—those penny-sized plates of armor coming out from their hiding places in the ceiling, clumsily buzzing around our heads like little helicopters and getting stuck in my hair, soaring around the recessed lighting over the kitchen and occasionally falling down into a pot of pasta, zipping inside our nightlight and alighting, horrifyingly, on my arm. Neil had already dealt with my shrieking—morning, evening, and night, my body flailing uncontrollably if so much as one harmless leggy, antennae stinkbug landed on my holy vessel. They had come by ones and twos (and threes and fours), and then they had flown off into the wide world to eat some crops for the summer.

And we had already dealt with one autumn at the cabin when the stinkbugs came back from their apple-orchard feasting—by the dozens and hundreds and thousands. They came to return to their winter home, and they covered the barn-red building and the inside screened porch and the inside wood-paneled walls like a plague of locusts while they burrowed into the nooks and crannies of the space between ceiling and roof.

Week after week, our first task when arriving at the cabin was Neil killing as many stinkbugs as possible inside, collecting them by Shop-Vac® or BugZookaTM or by hand, mostly from under the mattress or in the storage compartment built under the loft bed, where they’d shuffle away from the suction tube like a slow stampede of zombies. Then he’d dump them in the fire pit outside and burn them in a horrific death, with no compunction; later, we turned to drowning them in a bucket of soapy water.

Then both of us would spend part of every hour thereafter continuing the slow massacre, like Chinese water torture—finding them in between dishes, in between pages of books, inside our board games, in between creases of towels on the bathroom rack, on the back of a tea tin on a shelf, on a tissue being pulled from a box, on the other side of a soap bar. They were omnipresent and pernicious, their sickening cilantro smell releasing out of them with each crunch, ruining the taste of that fresh herb for me forever. And whenever the cabin warmed to a pleasant temperature, they’d descend again from the ceiling like parachuters, finding their way into our bed, shoes, and suitcases.

Neil had already been dealing with the no-see-um problem as well, those tiny biting midges that suck blood with their sharp, cutting teeth. He likes to read with a headlamp at night, to not disturb me with light, but the no-see-ums are attracted to it, as they are to the bright screen of his iPod, on which he plays games if he is not reading. I had already bought him a mosquito netting apparatus from REI to hang over the bed so he could cocoon himself away from the tiny pinpricks he was receiving all night, but he discovered the mesh was not fine enough to keep them out.

On this particular night, after bouts with stinkbugs and no-see-ums, when we finally each settled into our (separate) beds and Neil began to play Tetris on his iPod in the dark, yet another species drawn to the light—a two-inch pink wood roach—slapped onto the screen. Neil snapped the light on and commenced thumping around the cabin in despair. Somehow roaches—creepy, leggy, winged, and fast—have a way of pushing even the heartiest of men closer to over the edge.

Jaw clenched, Neil’s next play was to set up our three-person tent inside the cabin. It would finally be an undisturbed night of sleep, he thought at about midnight or 1:00 a.m., inside the tight mesh and nylon sleeve. No stinkbugs, no no-see-ums, no roaches. He laid out his camping pad, collected his three pillows, unrolled his sleeping bag, and stowed his earplugs, tissues, and other nighttime necessities inside the various tent pockets. He cozied down inside the tent, inside the cabin. From my perch on the futon (where I too had killed a pink roach scurrying under it the night before), the moonglow shone into the floor-to-ceiling windows, the old ski hill ridge formed a dark silhouette in the distance, and I tried very hard not to laugh—or cry—out loud.

But we had both forgotten Neil had set a trap to catch a different nuisance the night before.

Starting a year and a half earlier, we had heard the rodents in the ceiling. Gnaw, gnaw, gnaw. Running from one end of the bathroom to the other like clumsy children. Climbing inside the wall behind the shower stall like a jungle gym. Sometimes making house overhead above the bed. It was quaint at first. Must be field mice, we reckoned. We are in the country, after all, on a quiet, dead-end 40-acre spread, out of sight of any sign of civilization; we must put up with these things. One evening while standing in the bathroom brushing my teeth, I witnessed the slow drop of rusty-colored syrupy liquid seeping out of a knot in the pine panels of the ceiling, plopping onto the white rug on the floor: our bathroom had become the wildlife outhouse receiving hole.

They were loud, big, and nocturnal, and did not respond to banging on the walls or ceilings, so Neil reassessed them as opossums or flying squirrels. Then one day our smoke alarm and bathroom baseboard heater shorted and we hired an electrician to fix them. He told us: “wood rats,” after seeing their nest mess and how they had nibbled through the wire. So after cleaning out their foyer—an opening under the house that let them into the back hallways of their den—and trying to board up their front door (neither of which worked), Neil decided to set a Havahart® trap with a peanut butter lure to find out—and rid us of them—once and for all.

Gotcha. He had caught one rat the night before this “the night of the living” in what we felt was great success and had driven it out in its cage a couple miles down the road to release it into a large field about a half a mile before reaching town. It’s probably not right, or legal, to deposit unwanted wildlife on someone else’s property, but what were we to do? If you don’t take it far enough away, Neil knew, it will come back.

After the stinkbugs and the no-see-ums and the roaches and Neil moving into the tent, it’s no wonder we had forgotten that he had set the trap again, so when it sprung again at 2:00 a.m. that night—a loud, unnatural metal clang under the house—having not been asleep very long, we both groaned that exasperated, middle-of-the-night sigh of When is this torment ever going to end?

Neil rose again—the poor guy’s just trying to get some zzzs on a pleasure-weekend in the mountains, away from city noises and city troubles and life’s regular business—and stepped into his pants and a pair of muddy boots and made the same run down the half-mile driveway and winding country road to the same field to join rat #2 with rat #1, reuniting the family in their forced new resettlement homestead.

A year later, I now report, they or their relatives have long since returned to their home in the ceiling; it’s a nuisance we have put up with nearly every night of our weekend visits, along with the seasonal ins and outs of stinkbugs, which I detest as fiercely as ever but which have declined in population due to some godly grace. Neil has since purchased an all-mesh single tent for indoor use that’s small enough to fit on top of a bed. We have had our bouts with mice as well, one weekend’s arrival marred by a house full of droppings, shattered bits of cordial glasses that once stood on a high shelf tumbled to the floor, broken-into milk boxes and mangled garlic forming a yogurty slop down the wall. Maybe somehow we find it all charming, this foray into rustic, rural life, because clearly, we did not heed what I wrote in the journal in the witching hours after that final rat run: We cannot stay here another night!