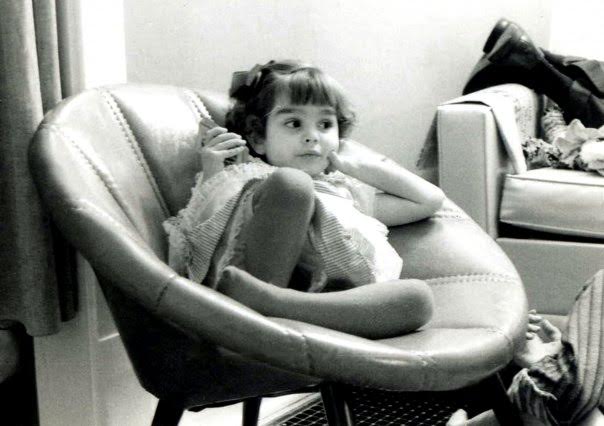 As kids, my brother and I always fought over our stuff. Especially once we graduated to our own bedrooms, the sanctity of square footage and toys became real. Doors slammed, ripping off toenails (once) and smashing fingers flat and black (multiple times.) My brother’s hairy chimpanzee, Sam, with the plastic face and feet with elastic straps so you could walk with him on top of your shoes, was frequently ransomed, and my stuffed Mighty Mouse with the blazing yellow chest and red cape was repeatedly hidden—inside and out—until my shrieking cries forced Mom to referee. I scooped up errant green Army men and buried them beneath the trash. He set my Barbie’s hair on fire with our uncle’s Bic lighter, hid her until I was convinced she was lost, and didn’t confess until years later.

I would like to know what became of Sam. Mighty Mouse was ultimately stolen by the neighborhood bully who also stomped flat my brother’s aluminum Greyhound bus.

My parents have an estate sale tomorrow in Indiana, at their home of 40 years. Every room, upstairs and down, is sectioned wall to wall with church tables covered with the evidence of their married lives: ragged felt Christmas stockings and tinsel angels; a stack of LPs including my father’s favorite Herb Albert and the Tijuana Brass, the one with the girl covered in whipped cream on the cover; a crocheted toilet paper cozy that sat on the back of the tank in their guest bath for years until it yellowed and cracked; embroidered towels I gave my mother for a birthday gift that she complained were too thick; a handbag she bought in Florida while vacationing with her girlfriends—faux leather with a leering flamingo in sunglasses imprinted on each side.

Mom intends to go to the sale tomorrow and buy back her own stuff that she either 1) couldn’t find when she moved into their senior-living apartment or 2) forgot she treasured. My dad thinks the estate sale people have stolen some valuable maps.

I read recently where creativity is eclipsed by the very nature of our lives being too busy—to which I say Amen—but also because we are surrounded by and dealing with too much stuff. The article went on to give advice about slowing down, breathing in and de-cluttering. I frankly get pissed off when people tell me to slow down—introverts, mostly, who take naps and drink smoothies—but I admit to being too cluttered. In basement and in mind.

There’s the physical stuff that on a daily basis you have to wade through and ignore, but there’s also the mental electrical storm of a million stimuli vying for attention: like the dentist appointment you’ve already rescheduled twice, a birthday card to your niece that even if you mail it today will not arrive on time, a pop-up ad on the widescreen of your new iPhone in better-than-living color that reminds you Cancun beckons.

Poets can’t be bothered with all that stuff. They have only the sweet, cold plums or the wheelbarrow glazed with rainwater. All of which is invisible in the course of my average day. (And if I got to eat a plum, it wouldn’t taste like childhood anyway.)

I live three states away from my parents and work long hours. My brother lives five minutes away but commutes 400 miles a week for his job. There’s just the two of us, and we’ve worked out a mutually acceptable routine where our parents are concerned. He is on hand for emergency room trips and the occasional Sunday dinner when they both feel well enough to attend. I nurture them long-distance, calling regularly to check in and cheer them, not forgetting birthdays, holidays, even St. Patrick’s Day. (Did they have corned beef in the cafeteria? What? They ran out! That’s pretty rotten.) I also remind them of their maintenance: pharmacy refills and dietary cautions, sensible shoes and glasses repair.

It all seems disproportionate in weight to worth.

My brother’s Sunday dinners are massive—cowboy-like with slabs of red meat and whole fish grilled over cedar planks and mesquite chips. He cooks all the sides, too, unless Mom is up to making deviled eggs or potato salad. Texas beans, twice-baked potatoes, asparagus spears, corn on the cob, coleslaw. He’s not big on dessert, however, so if you have a sweet tooth, you have to supply your own.

It is unnatural to consume so much food, and when you leave his table there is the insistent bite of your belt buckle nipping into flesh. After dinner, his girlfriend—a mature woman with two children of her own—is tasked with the kitchen, on a mission to package and stack leftovers.

She scours off the meat blood from the counter.

At home, I clean out closets. It is a first and probably feeble attempt to avoid leaving my own daughters a legacy of rooms overflowing with unwanted stuff. I’ve stacked ten shoeboxes of old Nikes and heels and four Hefty bags of outdated, outgrown clothes by the back door for Goodwill and consider this a reasonable start, rewarding myself with a glass of wine. When my phone pings, I hustle to find it under a stack of t-shirts and mismatched socks yet to be sorted.

My daughter leaves a message saying she and her partner are going to a mass grave for clowns this weekend.

She lives in Chicago, and I foster no illusion that she will be coming back. She’s making the world her own with big, broad brushstrokes.

I call her back.

I’ve sorted some things for you. They are in the big bedroom closet downstairs. Some art projects. Your ballerina jewelry box. Vacation souvenirs from when you were little. You can check them out when you come home next and decide what you want to keep. Or maybe, your sister?

Mom. She is clear. No one wants that stuff.

My brother has just become engaged to the sensible woman who scrubs his countertops. She will be his fourth wife. He tells me this when I come to visit for Memorial weekend, and the three of us are enjoying a steak dinner at a nouveau Italian restaurant in suburban Indianapolis. I always forget it’s the Indy 500 when I buy a ticket for this weekend, and coming to pick me up at the airport inconveniences him. I would pay for the dinner to thank him and to celebrate, but the menu is outrageously priced, and he pays for me instead.

Later on in the weekend, fairly drunk, he tells his new fiancée that I was petted and cooed over every minute of my entire life, and I flush with unintended memory and guilt.

I read once that sibling relationships are among the most influential in our lives, yet they are rarely studied. It occurs to me, and not for the first time, that growing up with me in first-chair position, my brother was intimidated to the point of rebellion and self-sabotage. Rather than give up out of fear of failure, he chose to kick up a riot to distract everyone from my glow.

Set the fire; don’t whither in in the shadow of the sun.

Six months after their move into The Village and one week after their house closes and sells to a nice lesbian couple, my mother complains that the apartment feels like living out of a hotel room. She cries a little and accuses us with making the decision while she was under the influence of powerful drugs following her last surgery. I have to get tough, reminding her that she was the impetus for the move; my father would have been content to die at 100 in his backyard garden picking beans.

Dad is convinced someone is stealing their morphine.

After dinner—it’s prime rib night—Dad has me follow him into the walk-in closet and shows me two plain-Jane boxes on the shelf, bracing upright a stack of Look magazines. (My mother as a cheerleader is on the cover of one, a story on small-town Midwest basketball during high school tournament season.)

The taller one is your grandfather, he tells me. The shorter one is Grandma. I guess you will have to figure out what to do with them.

I sometimes wonder about the weight of things.

Like, can the weight of a Midwestern July actually be measured? Because surely that air—so dense you have to swim through it to get from your refrigerated house to your air-conditioned office, heaving it through your lungs like a tadpole—is infinitely heavier than the crisp of October or even the dampness of May. And, is it possible that your head weighs more when a migraine explodes there? Or maybe pain is just an overweight illusion, a trickster in steel-toed boots. And what does that plastic patch of garbage the size of Texas weigh in the ocean, choking sea creatures and poisoning the planet’s lifeblood?

I remember the exact eight pounds, thirteen ounces of each daughter I birthed.

It is a miracle, really, that any of us can move at all.