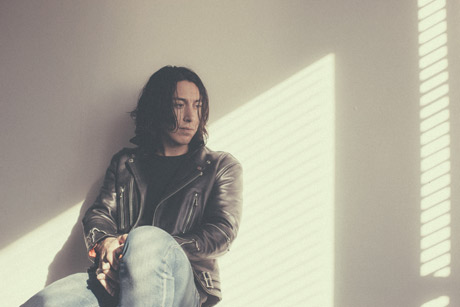 For Noah Gundersen, the past few years have brought about immense growth and change, both as an artist and as a young man grappling with issues of identity and independence.

It should come as little surprise, then, that his stunning new album, Carry The Ghost, is so heavily influenced by existential philosophy. What’s so striking, though, is hearing a 25-year-old articulate such weighty themes, packaging them into heartbreakingly gorgeous melodies with a plainspoken language that cuts to the quick upon first listen. Then again, Noah Gundersen has never aimed for ordinary.

With Carry The Ghost, Gundersen once again looked inward to find inspiration. “This album grew out of a desire to know myself, to know how I was supposed to live,” he explains. “And in that process, I realized that maybe there is no ‘supposed to be.’ The concept of Carry The Ghost is that we’re made by our experiences and to accept that instead of fighting it. The last several years have been a process of accepting things as they are and to not see them as so black and white or right or wrong, to accept that we’re not made to be a certain way, but that we are involved in an ongoing process of becoming.”

Produced by Gundersen and mixed by Phil Ek (Father John Misty, Band Of Horses), Carry The Ghost was recorded at Seattle’s Litho Studio and explores issues of self-discovery and existentialism with an erudite sophistication across 13 magnificent tracks. Collaborating more than ever before with his touring band—which includes his sister Abby and brother Jonathan—Gundersen set out to push boundaries and confound expectations, experimenting with tone and structure and creating rich sonic textures that ebb and flow beneath his stirring, solemn voice.