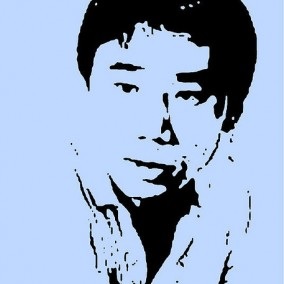 Little known facts:
Though the release of each novel is a major event, resulting in sales of up to a million copies within a week or two, he has not been awarded either the Akutagawa Prize—Japan’s most revered literary award—nor the Naoki Prize for popular fiction. (Pilling)

When Haruki Murakami is in the writing mode, he gets up at 4am, works for five or six hours straight, and goes for a 10km run after lunch. He might swim for 1,500m before he reads and listens to music—jazz or classical. He goes to bed at 9pm and then repeats the cycle. (Pilling)

Much better known facts:
Murakami is one of the best selling literary novelists in the world, and practically a deity in Japan. (Verger)

Snap Shot
Haruki Murakami is both the most experimental and the most popular Japanese novelist to have been translated into English—with sales in the millions. His greatest novels are an amalgam of realism, fable, mystery, and science fiction. Murakami uses familiar symbols in his allegorical constructs, but the meaning of those symbols is quite elusive. He is also an accomplished translator who has brought Raymond Carver, Tim O’Brien, F. Scott Fitzgerald and many others to Japanese readers. (Wray)

Though Murakami has been labeled a publishing sensation, there are those who claim that he is really more of a marketing sensation. His devotees cite his imagination in weaving intricate plots as bringing the ordinary together with the fantastic in ways that reflect our daily reality as a window on a more complex world in a truly post-modern way like we would expect from Vonnegut or Pynchon.

Over the last ten years or so, Barra writing for The Atlantic, says Murikami has become to adults what J.K. Rowling is to children: “Murakami is clever and fun to read.”  His best novels “often end with scenes that seem like lines in poetry that can be intuited if not always defined.”

Early Life and Non-Writing Career
Murakami was born in 1949 in Japan’s ancient capital of Kyoto into a middle-class family very much interested in contributing to the national culture: his father taught Japanese literature and his grandfather was a Buddhist monk. His family moved to the port city of Kobe, teaming with foreigners (particularly American sailors) who had a strong influence in the evolution of his sensibilities. He discarded Japanese literature, art, and music early on and identified intensely with the Western world—especially that reflected in American jazz, movies, paperbacks by Raymond Chandler and Jack Kerouac.

While studying in Tokyo in the late sixties, Murakami voraciously consumed postmodern fiction and sympathized with many of the protest movements. He married at twenty-three and spent the next several years of his life running a jazz club in Tokyo with his wife until he published his first novel. (Wray)

The author absented himself from the popular adulation to achieve some distance and he spent that time in Europe and America, but mostly teaching at Harvard, Princeton, and Tufts. He returned in 1995, just after a massive earthquake and just before Kobe collapsed. Then a doomsday cult attacked the Tokyo subway with a deadly gas two months later. Mr Murakami reacted with Underground, a non-fictional account of that day. Subsequently, observers noted his fiction seemed to take a turn toward the darker side. (Pilling FT)

Major Relationships
He married Yoko at twenty-three. He is still married to her and she is still his first reader. They have no children.

Writing Career
Living a dream shared by many. but experienced by few, his first novel made it possible for him to write full time. The novel, Hear the Wind Sing, was translated into English but is not available outside Japan at his request. It won him the coveted Gunzo Literature Prize and established a readership for him in Japan. His popularity grew and in 1987 his first realistic novel, Norwegian Wood, which his says was a deliberate exercise in realism to pull more readers over into his preferred mode prompted his being labeled the “voice of his generation” in the Eighties.

Murakami wrote The Wind-Up Bird Chronicle while teaching at Princeton and Tufts and, though he never resumed the realist lyricism of Norwegian Wood, his audience continued to grow. One of his most recent novels is Kafka on the Shore (English in 2004) and it is now regarded as one of his best alongside Norwegian Wood and The Wind-Up Bird Chronicle.

His most ambitious novel, 1Q84 – a 1,000-page effort set in parallel and intersecting worlds and the recently published Colorless Tsukuru Tazaki and His Years of Pilgrimage “will be happily consumed by his fervent readers” but it will not rank with his best work.

Murakami has made what some deem “a brilliant, Nobel-pending career” out of combinations of “the strange, stark and sentimental” while his critics in Japan have insisted throughout his writing career that he is not Japanese in his expression in terms of topics and style.

Taking Another Look
The praise for Murakami hasn’t been a universal constant inside or outside of Japan. The New York Times has been mixed in their reviews and was quite critical of Murakami’s magnum opus, The Wind-Up Bird Chronicle. “In trying to depict a fragmented, chaotic, and ultimately unknowable world, Murakami has written a fragmentary and chaotic book,” wrote Michiko Kakutani in 1997.

More recently, Janet Maslin, slammed 1Q84, for being “stupefying” and for quirks like focusing too much on characters’ breasts.

Novelist Nathaniel Rich thinks Murakami often writes awkward and clichéd sentences, but he still praises the work. “I think he’s creating something that’s new, and that doesn’t exist in the world. I think it’s an artistic endeavor. I think he’s creating art.” “What he is,” Rich said, “is an excellent storyteller.”

In Time, Bryan Walsh makes the  observation that what is missing from the novel is “Murakami himself. With 1Q84, the author decided for the first time in his career to fully abandon first-person narration, and the absence is felt … remove Murakami from Murakami, and the magic vanishes.”

Barra says Murakami’s cheerleaders are now, in the aftermath of 1Q84, increasingly apologists.  He wonders if the book continues to slide down the bestseller lists will some critics revisit their first responses.  In the meantime, he says, maybe “everyone might reflect on the pitfalls of treating novelists as if they were rock stars.”

Magical Realism
His greatest novels hover and flirt with boundaries in zones between realism and fable and between mystery and science fiction all at the same time. He seems to violate one of the cardinal rules of magic realism (not to call attention to the fantastic elements of the story) and when asked about it in an interview, he said it reflects his honest observation of how strange the world is and how his protagonists are experiencing what he experiences as he writes, which is also what he wants the readers to experience. Murakami says Kafka and García Márquez wrote magical realism literature in the classical sense. He wants to offer something different.

“My stories are more actual, more contemporary, more the postmodern experience. Think of it like a movie set, where everything—all the props, the books on the wall, the shelves—is fake. The walls are made of paper. In the classical kind of magic realism, the walls and the books are real. If something is fake in my fiction, I like to say it’s fake. I don’t want to act as if it’s real.”

A FEW OF QUOTES OF MURAKAMI
“I don’t like the realistic style, myself. I prefer a more surrealistic style. But with Norwegian Wood, I made up my mind to write a hundred percent realistic novel. I needed that experience.” “Norwegian Wood is very easy to read and easy to understand. Many people liked that book. They might then be interested in my other work; so it helps a lot.” (Wray)

“Some people think literature is high culture and that it should only have a small readership. I don’t think so… I have to compete with popular culture, including TV, magazines, movies and video games.” (Brainyquote)

“I consider A Wild Sheep Chase to be the true beginning of my style.” (Wray)

“But now everyone is so busy, and there is no real leisure class. It’s good to read Moby-Dick or Dostoevsky, but people are too busy for that now. So fiction itself has changed drastically—we have to grab people by the neck and pull them in. Contemporary fiction writers are using the techniques of other fields—jazz, video games, everything. I think video games are closer to fiction than anything else these days.” (Wray)

A FEW QUOTES ABOUT MURAKAMI
Novelist Jonathan Franzen, said, “And only at night, and when reading certain books, do I fall down into a tunnel that takes me back to a more enchanted place.” The Wind-Up Bird Chronicle is one of those books. “While you’re reading it, everything in the world feels different,” he said. “And that for me is the mark of a great novel … I think it’s one of the great novels that’s appeared anywhere in the world in the last 30 to 40 years.” (Verger)

The novelist Charles Baxter gave 1Q84 a favorable review in The New York Review of Books, but said, “Sometimes it doesn’t all add up,” but he also said, “I have to say that I find Murakami’s failures more interesting than other people’s neat successes.” 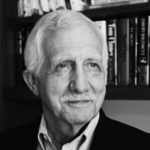