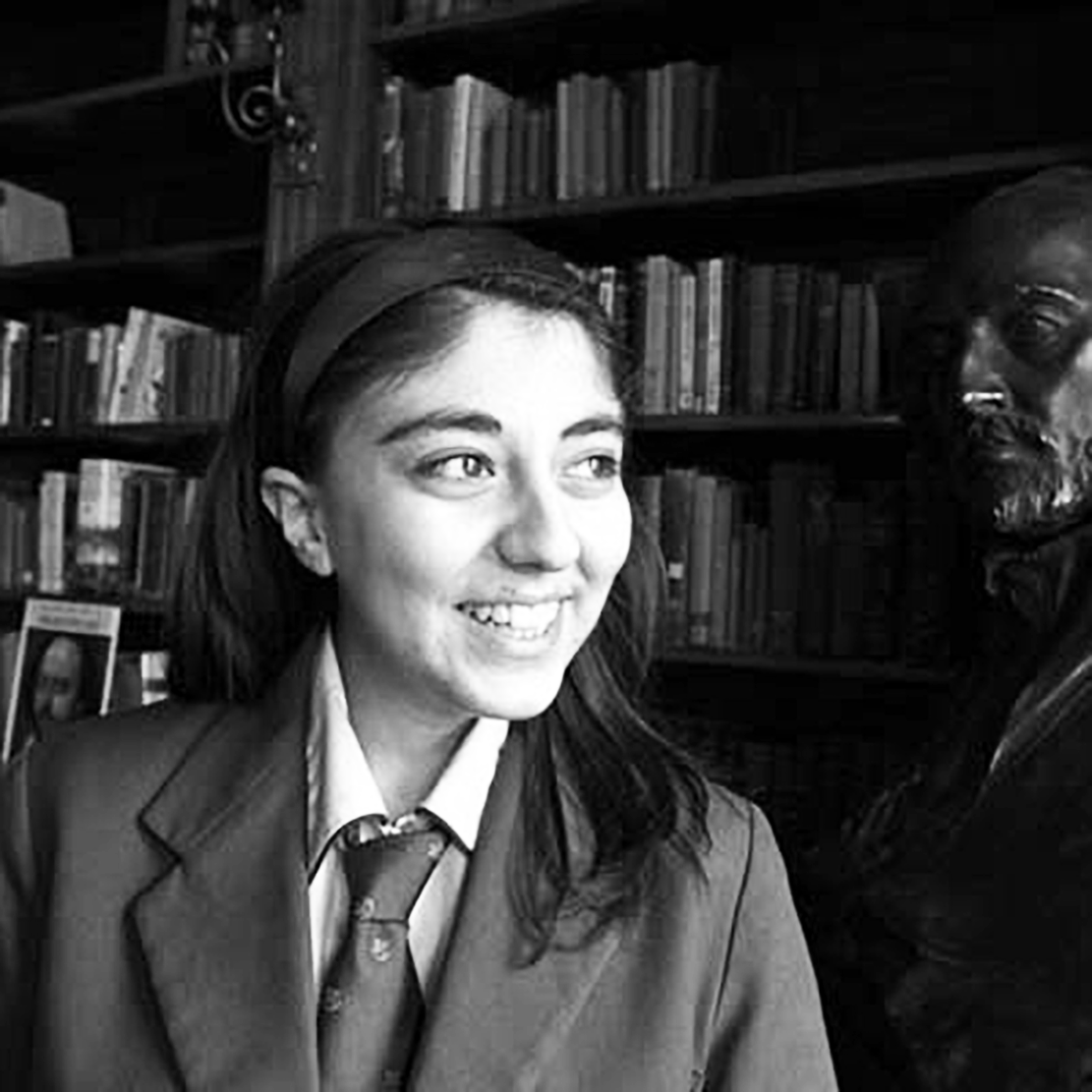 Deus ex machina is a Latin term which, literally translated, means “god from a machine.” This story will end with a deus ex machina.

I can’t tell you what it is, or it won’t be a deus ex machina anymore.

Only trust that it will be entirely from nowhere, trite and especially challenging to believe. In fact, when you see it, to show you’re not fooled, pretend to be surprised.

Forgive me, though, for you don’t know the trouble I’ve seen, the twisting paths which have contrived to lead me to this final resort. Oy vey, what a headache story-writing is. By the time you reach the ending, you realise there is no one in the world more desperate to see it than you, and none more reluctant to write it.

Let me use another three word phrase in a tongue from which we already spirit away prodigious amounts of English: coup de grâce.

Coup de grâce is a French term that means “blow of mercy.” It’s a hackcutstrike that brings about an end, one that is for the best: a mercy killing.

When the apocalypse strikes, everyone dies. I’m honouring humanity’s investment in utility by not saying anything more than that.

(On the subject of the flowery medium through which this story is delivered—up yours. I’m grieving here. Here’s the death certificate. Where’s my discount? I’m what they call a ‘bargain bint’! That’s the quality of humour we’re churning out at the moment. Now that there are no more brows we don’t know where to aim, let alone how high or low to go.)

Kill your darlings, they said, through bursting seams.

For the purpose of this yarn, we’ll conjure into existence an author and a protagonist—although at some point you’ll reflect on whom the real protagonist is, and who has only been strategically reanimated soon enough. His name is Vincent. The name doesn’t matter.

All the same, indulge me: his name is Vincent.

You’re not here for wasting a name on. You’re dead. Vincent’s lucky because he never had to be alive.

The author’s none of the above. No, not the protagonist either. Don’t tempt me.

Vincent has the body of a man and the hair of a woman, a combination which takes his gender and splices it down the middle, diffuses it across the type of membrane only androgyny can breach; if not in a dress then in a roguish pair of trousers.

(On the subject of Vincent’s birth: one night I had the worst headache—whiskey induced, I’ll admit it. You can’t judge me. Just as I stood to call it a night—or, I admit, to light a candle, pour another drink and keep working—out he sprung from my mind fully formed, like Athena from Zeus, onto my desk. Let’s call him a deus ex deus. Or a machina ex machina.)

Vincent has no tear ducts, so before you entertain the notion Vincent is brave, remember the reason the brave don’t cry is because they can be and are not brought to tears.

Vincent isn’t blond, but then most people aren’t, though his hair is a shade closer than most. It’s not the type of coiffure which aspires to anything particular, but it’s long and stoically parallel to his face, as if to say, I have made a choice, damn the rest. It’s nice hair, so forgive me for going on like this. It’s my prerogative.

Before he died, Vincent worked in a factory. Now he is alive in a factory, while the rest of the world is dead somewhere else. Likely a factory, too—imagine the one you’re imagining now, go on. Don’t strain yourself conjuring a new landscape. Even I haven’t bothered to do much research—which is my prerogative. I’m grieving here.

Suffice it to say from my rudimentary scan of the planet there are a lot of factories. Not too many libraries. That’s why I couldn’t do the research.

Try having my job. Try it. You’d beg Vincent to trade you.

Vincent would refuse. He doesn’t care about stories. He spends his time searching for the exact fiction from which he was displaced, the true pages from which I spirited him away—which might be another story for another day, though there aren’t any more of either.

Vincent is too preoccupied with the apocalypse to even acknowledge me these days. Like heedless world-ending fools we raise our children to leave us.

Or eat us, depending on your species.

Vincent works for a corporation called Perforati. A corporation is a group of men who tell another group of men to operate machines which puncture reams of paper to make them easier to tear. Before the world ended corporations had been perforating the Earth with drills and gas until they let it rip.

As you can imagine, the first group of men were the holes and the second group were the paper.

Besides Vincent, who moved out of home—because he’s an ungrateful swine—at the age of sixteen—because he’s my swine, and clever for it—Perforati was staffed by farmers who used to tend animals, until they became farmers who tended machines.

Those in the employ of Perforati missed their own swine like children. They missed working to the sun and they missed losing fingers to machines doing work for them, like a landlord taking rent, and not to machines they did work for, like a severance package meted per pound of flesh.

On his first day in the employ of Perforati, Vincent learnt a song, the type of carmen anyone who’s never worked in a job risking their fingers would glamourise as an Anthem on the Refusal of Labour. It went like this:

When the world ends Vincent sings this to himself until he’s hoarse, walks into town looking for bodies housing meat which aren’t yet putrid. He’s contemplating throwing a little girl with blonde hair over his shoulder before he notices the grocery store, which says less about my Vincent’s intelligence than it does about his go-getter attitude.

Vincent takes his bread and his cheese and his cans back up to the factory. Though it’s summer when the world ends, he knows the latent heat from the still machines can be put to use.

(On the subject of the little girl’s body: What can I say? What do you want me to say? I lost family too, you know. A darling, though, she was. The most darling girl.)

That night and for the nights following he lies curled against the CD300, which is a hulking metal frame with two scythe-like arms embracing a metallic reel. They share warmth, Vincent the perfect crescent to its moon.

Vincent’s never depended on me like this, nor I him, and to think I’m the one who gave him all his darkest days.

Time passes, which is a fact about time. Vincent ages, which is the bane of people and words. The CD300 cools, which is the boon of machines. By the time it’s autumn Vincent walks to the town two hours away to collect a trolley of their perishables, and when he comes back the CD300 is still waiting, unlike time or himself.

“Well,” says Vincent. “If you’re going to be like that I’ll sleep somewhere else tonight.”

He crawls into the space between two large crates and tries to breathe through the chattering of his teeth.

“What if I migrated?” he says to CD300, rolling on a third pair of socks. “What if I moved all the way into another hemisphere? Tunisia. I bet Tunisia would be warm.”

CD300 says bupkis, so he kicks it until the feeling returns to his feet and trusts the socks he’s wearing will hide the bruises from my cold prying.

We weren’t all people like this, mechanised and faceless puppeteers. Think of the farmers squinting into the sun, though I wrote them that way.

We broke down, though, like nothing else, give us that.

Vincent is trying to knot the lengths of his shoelaces into a noose—even though throughout the winter he’s deposited lengths of rope soaked in boric acid throughout the rooms to catch insects—my son the poignant fool. When he was a child, well before he left home, he used to watch television—don’t construe this as foreshadowing, because I hate to give away the surprise, but in many ways he was raised by a box. On the television they’d air survival programmes about the fire and the ice and the insect holocaust. One night he learnt that if you were cold enough you could snap your toes right off, like uncooked spaghetti.

Vincent still has nine toes, but he’s always been quick to snap, that’s his worry.

And where has the killing gotten me? Standing astride a pile of bodies, the highest up and the most alone.

Heard is an electrical buzz and a whirr, like a tongue slurring out of practice, or a voice hoarse from shouting.

Is that clever? I worry like nothing else that it’s more of a pun than a quip.

Eda Gunaydin is a student of Spanish & Latin American and English language in Sydney, although currently residing in Madrid in pursuit of difficulty and trilingualism. She tries to live at the nexus between science fiction & anti-bigotry. As she transitions awkwardly from adolescence into adulthood, her work can be found in the Sydney Morning Herald and the Honi Soit.

Eda Gunaydin is a student of Spanish & Latin American and English language in Sydney, although currently residing in Madrid in pursuit of difficulty and trilingualism. She tries to live at the nexus between science fiction & anti-bigotry. As she transitions awkwardly from adolescence into adulthood, her work can be found in the Sydney Morning Herald and the Honi Soit.