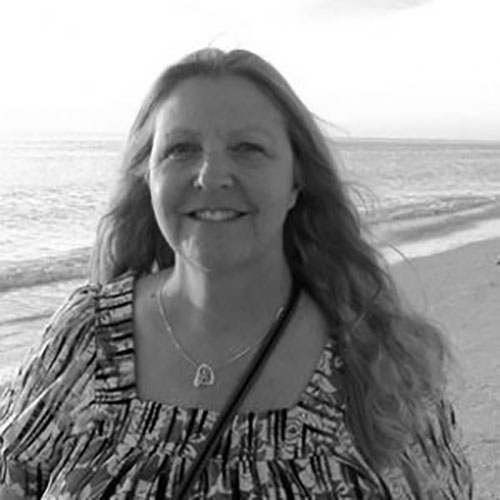 The black Lexus hovers like a stealth jet fighter in my rearview mirror. I can almost read the Armani label on the driver’s sunglasses. Hoping to convey an air of casual indifference, I lean back against the headrest. The stealth fighter swerves erratically and passes me on the right. “ASKHOW” his license plate demands before diminishing in the distance.

“I don’t care how you got to be so arrogant,” I call after him. My foot punches the accelerator. “And I don’t want to be like you!” I add, in case he’d missed the point. I back off the accelerator.

This scene took place about two weeks into my effort to obey the speed limit. Things were not going well. When I decided to give up speeding for Lent, I had imagined myself gliding serenely through pastoral landscapes, gazing with compassion on less enlightened souls as they dashed frenetically between work and Walmart and Wendy’s. I hoped that slowing down for Lent would facilitate “Living Fully in the Present Moment” (as described by ancient mystics and Pure Inspiration Magazine). I anticipated lowered stress levels, raised awareness, and soul-piercing moments of insight. Grand spiritual epiphanies were not out of the question.

The concept of a Lenten fast from speeding presented itself in a flash of brilliance last year, just a few days into my Lenten fast from saturated fat. I had already decided I wouldn’t do that again—who knew that a banana had point three grams of saturated fat? I nearly starved. The year before, I’d given up alcohol and was forced into isolation when sobriety revealed that my friends weren’t nearly as entertaining sans margaritas. I reasoned that obeying the speed limit would be less intrusive but still enough to disrupt my routine and nudge me towards sainthood.

Not being raised in a religious tradition, my only childhood experience of Lent was a vague feeling of exclusion when certain kids would come to school with ashes smudged on their foreheads. I eventually became a Christian in my forties, after discovering that unlike the judgmental, unloving, money-obsessed preachers on television, the historical Jesus was a rabble-rouser who confronted systems of economic injustice and religious oppression and liked to hang out and drink good wine with imperfect people like me.

As a new Christian, I was drawn to the idea of sacrifice as a way to focus on God during the forty days leading up to Easter Sunday. The Lenten season mirrors the forty years that the Jewish people followed God through the wilderness and the forty days that the devil tempted Jesus with earthly enticements in the desert. The word Lent comes from lang, meaning long, because the days grow longer in the spring. And the days truly do seem excruciatingly long—and life short—when you are tootling along at fifty-five miles an hour on the Washington, D.C., beltway.

My new spiritual practice began well. I got some satisfying exclamations of “Good one!” and “Awesome!” and “You go, girl!” after announcing on Facebook: “Tomorrow, life changes for forty days as I begin observing the posted speed limit. Can’t imagine.” It was indeed hard to imagine this happening without divine intervention. I’m the type of person who takes Google Map’s estimated travel times as a personal challenge. Now I would need to accept them as the norm.

The first few days of Lent felt downright holy. I left early for appointments and instead of my usual apologetically flustered entrances, I reached my destinations in a state of munificent calm. I stopped at yellow lights, gestured magnanimously for others to take the right of way, and smiled at dawdling elderly drivers. I felt love and tolerance for all humanity. Hey, this is working.

My car became a sanctuary. Gone were the stressful political talk shows and the pounding rock and roll. I bought a CD of Buddhist and Christian chants featuring Tina Turner, of all people. (Now there’s a spiritual conversion.) Instead of mentally leaping to my next engagement, I took time to reflect on my experiences as I drove from one place to another.

Life was good. I thought maybe I was becoming a better listener and interrupting less, not as eager to express every thought and opinion. I slept well. I noticed birdsong and gradations of shadow and the way willow oaks branch differently than black oaks. I was becoming one with Saint Francis, the patron saint of ecology known for his simple lifestyle.

The trouble started on an I-95 exit ramp, about a week into Lent. You have to wonder, what cog in what wheel of what agency determined that twenty-five miles per hour was an appropriate speed to exit a sixty-five miles per hour highway? Around a blind curve, no less. As I slowly exited the interstate and headed toward my church in Burtonsville, Maryland, I noticed red buds on the maple trees and tiny green leaves on the wild rose and sumac along the side of the road. And then I noticed the look of horror on the face of the minivan driver behind me as she suddenly came upon my springtime reverie. After this near family-massacre, I made the first small technical fix to my Lenten commitment. Thou shalt ignore off-ramp speed limits.

All went smoothly for another week or so. After decades of committed left-lane living, I was surprised to find myself feeling a new kinship with people driving in the right lane, albeit troubled to realize I had previously held them in disdain. Then a disturbing corollary emerged to pollute this beneficence. I could not embrace the denizens of the right lane without vilifying those racing by on the left. Apparently my ignition key also activates an “us versus them” meter.

I’m not proud of this. The realization that I view driving as a competitive sport and feel hostility toward the other team was disquieting. Pent-up resentment, I suppose, from always being left behind when the faster kids ran up the soccer field.

Halfway through Lent, my holy glow had turned to hateful glares for the opposition: the tailgaters and the honkers and the swerve-arounders. I couldn’t sustain the early departures and was running later and later. This just isn’t realistic. I decided on another technical fix. I’d go five miles over the speed limit when headed out somewhere, but stick rigidly to the limit on my way home.

This produced another disquieting insight—I was never on my way home. I rushed from one engagement to another, all day and every night. Oh Lord: I was infected by the major metropolitan virus whose victims must prove how terribly important they are by being terribly busy. This busyness was hardly conducive to Living Fully in the Present Moment. Or to sainthood. But at least it meant I could go five miles over the speed limit most of the time.

Easter is early this year, thank God. It won’t be long, but the remaining weeks loom as large as the entire forty days. It has become clear to me that going the speed limit is a dangerous practice. Nobody drives the speed limit, and for good reason: nobody else is driving the speed limit.

I’m doing forty on a road where I usually drive sixty, and I’m restless. Although heading home, I am debating upping it five miles an hour. Jesus defied authority and broke the rules, my inner teenager taunts, foot poised over the accelerator. You need to do this, there’s a reason, my adult answers as I set the cruise control for forty.

The creatures materialize in an instant—legs churning, hooves flashing, eyes full of terror. I hit the brakes, and six deer bound safely across the road, tails waving like white sails in the sun. Thank God I was going the speed limit.

Melanie Lynn Griffin is a freelance writer and environmental communications specialist whose work has appeared in Sierra magazine, AARP Bulletin, and So To Speak Journal. She is a pastor at Cedar Ridge Community Church in Spencerville, Maryland, and leads writing workshops and contemplative retreats. Ms. Griffin holds an MA in Nonfiction Writing from Johns Hopkins University. Her blog Writing with Spirit is at melanielynngriffin.wordpress.com.