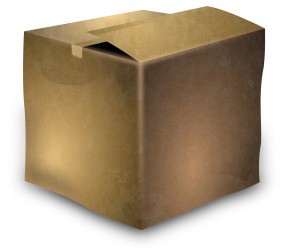 Eleven years ago, a woman in my first MFA program said, “You’re an amazing writer. You have important things to say in ways that haven’t been said. Your biggest problem is your lack of self-confidence.”

At least about the last thing.

Tucked away in the heart of my soul is a small cardboard box. Musty, dusty, and damp. In that box is a girl. She is 3, or 7, or 17, cradled by all four corners of the box. Eyes red, nose burning, lungs raw, stomach hollow and throbbing. She is rocking herself, because her actual rocking chair has been hurtled at her. Its pieces lay around her. She clutches the tiny seat pillow between her belly and her knees, to feel some kind of softness. Her mother’s words pound in her ears. They will never stop pounding.

“You never should have been born.”

“Your father loves you more than me.”

“You’re lucky I don’t introduce you as my mentally retarded daughter.”

“You’re lucky you don’t have to worry about being raped by a drunk dad every day of your life.”

“I should never have had you.”

“Why are you crying? I’ll give you something to cry about.”

After every fight, every unexpected explosion, her mother would gather her into her arms, sobbing saliva and snot. She’d encase the girl like a cast, hugging hard as if she could prevent the fractures from spreading, as if she could clamp her daughter together before the breaking took hold. “I’m sorry.”

The girl got really good at being silent.

The girl got really good at not feeling a thing.

The girl got really good at pretending nothing could hurt her, even though everything did.

The girl learned how to coil inside herself.

All my life no one has cared for me.

All my life I should never have been born.

Every day, I fail. I’m too fat. Too lazy. Eat no vitamins, only chocolate. My teeth are bad. I don’t spend enough time with my son. When’s the last time I got him to a dentist? Why am I still working at a coffee shop? Why have I never learned to drive a car? What if I’m a terrible, self-absorbed girlfriend, and the love of my life leaves?

I have stories published. Maybe not as many as I’d like, and certainly not everywhere I’d like, but I have been published. I have won a couple of contests, was wait-listed for a Hedgebrook residency. So many instructors, class-mates, friends, strangers at readings have said so many wonderful things, things that should make me feel like I’m not completely wasting my time. But the girl in the box doesn’t really believe them.

This past AWP, the hallways, escalators, rooms, and restrooms of the Minneapolis Convention Center were crammed with writers high on writing, high on themselves, high on their potential. I walked around trying to feel like I deserved to be there.

I’m not the only one.

I am not special.

The thing is, way back when that MFA woman pointed out my deadly weakness, I was naive enough to think that I could still write well. Even though most of the time I thought I was crap at it. Of course it doesn’t work that way. I half-ass most of what I write, not because I’m incapable of writing better, but because I’m scared, because I don’t trust myself. I second-guess every choice I make. The possibilities of the million ways a story could be written, of the million things that could happen, the possibility that I could write a story a million ways before finding the right way. They freak me the hell out.

I am not strong enough for this.

I want to be strong enough for this.

I want to believe.

How do you grow self-confidence? Where is the keeper of the seeds?

I just had a birthday. 38. Woke up feeling like the bed was shaking, but it was me, vibrating from the inside. 38. Shit. I am nowhere I should be. I am letting this one life down. My mother called, right then. She wished me a happy birthday.

“I wrote a message on your Facebook, but I wanted to call you in person too. Happy Birthday.”

“So, what do you want for you birthday anyway?” The words were coming through a happy-curious smile.

“Nothing. I mean, it’s not like I don’t want anything. Just there’s nothing in particular that I want.”

“Well think about it and let me know. I want to get you something. I’m your mom, your mommy.”

“Why is it hard?” I knew why, and I knew she might not want to tell me, might not want to say it out loud. The old her would have gotten furious at the question, cussed, called me names, and hung up, but she said, “Well, growing up, they didn’t really say it.”

They didn’t really say it.

I’ve known my whole life that her parents said a lot of other things. Told her they already have enough girls. Told her that if she was born in a boat she would have been a boy. Her mom told her she should not have been born at all, but for some reason the abortion didn’t take. They called her worthless and retarded, and used her body however they wanted.

I imagine the girl in the box in the heart of my mother’s soul spread out, on her back, naked on the ground, bruised, bleeding, tears and mucus crusting her face. Her eyes are bloodshot and dry. She doesn’t blink anymore.

I am not angry.

I wanted to write a letter to my grandparents. I wanted to start it off with, “Dear mother fuckers…”

Instead, I turned off the phone, curled myself in blankets, and started crying.

Are glad you had me.

The girl kept in the musty, dusty box in the heart of my soul stirred. She stood up. The whole cardboard construction disintegrated. I could feel her knees shaking, her eyes slitty and blinking in the light. She never expected this to happen. She had been stuck in that box for so long. It was no one else’s fault. No one else’s responsibility to get her out.

Dear MFA woman, I still don’t know what my self-confidence levels are. But I do know that I’m done being afraid. I’m done being protective of what’s inside. I’m ready to swallow the light, ball up my fists, and fight.

My mother’s call was a gift, a gift most grown-ass adults who were abused or broken as children never get.

I’m proud of who you’ve become.

I’m so glad you were born.

Caroljean Gavin started her MFA at The New School and finished it up at Queen’s University of Charlotte. Her fiction has appeared in such places as Essays and Fictions, jmww, The Ampersand Review, and the 2011 Press 53 Open Awards Anthology.

Caroljean Gavin started her MFA at The New School and finished it up at Queen's University of Charlotte. Her fiction has appeared in such places as Essays and Fictions, jmww, The Ampersand Review, and the 2011 Press 53 Open Awards Anthology.