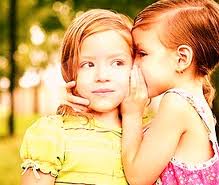 A Story from My Sister Kate:

I am not home. I’m probably at some sports practice for one of the three sports I play for my high school. My mom is either on her way to or from one of the Jazzercise classes she teaches. It is early evening and my sister is home alone with our father. She knows he is drinking. I don’t know how she knows—she leaves that part out when she tells me this story a decade later—but she knows. Perhaps we all just know. We can feel it in the house, can sense it in our bones. He is drunk.

She asks to speak with dad.

Kate goes into dad’s room and tells him mom is on the phone.

Dad looks at her, grabs the TV remote, holds it up to his ear and says “Hello?”

Kate leaves the room, slamming the door behind her.

It is mom, again.

She says, “Kate, go in there and talk to your father. He’s drunk and suicidal again.”

Kate says, “That’s not my problem.”

There is some going back and forth on this matter.

there is a knock on the door.

Kate hangs up the phone.

“Kate?” He says it again through the door.

Kate opens the door and—and this is what she says to me on the phone a decade later: I saw him as a sick man.

Kate continues to tell me about this: It was the first time I saw him not as dad, but as a very sick man. He was so depressed, Chelsey. So drunk and suicidal. He just needed some help.

The story will go that my sister from that point on will have this great amount of sympathy for our father.

The story will continue to go that I will never have that sympathy for him. And if I were in that situation in which he was drunk and crying at my door, I would have slammed that door in his face, hoping that he would retreat back to his room and kill himself.

A Story from My Mother

A Phone Call Between My Sister and My Dad

Kate’s got a seven-month-old fetus in her belly and it, along with her whole body, jiggles as she rightfully laughs. She’s on the phone. Dad is being ridiculous. Yes, he’s drunk. Yes, my mom had to leave Houston a day early, had to cut short her time with pregnant Kate and just-shy-of three-years-old Dylan in order to get home to attend to the drunk husband/father. She was only going to be away from him for four days. She thought he could stay sober for those three nights and four days.

He calls my mom when she is in Houston and he’s mumbling/slurring/drunk stumbling over words about Christ I hate my life and I want to die and the dog ate my glasses, again.

Plus he’s drunk, has been drunk for the past three days, and that doesn’t help to clear up the eyesight anyway.

So mom leaves Houston in a rush to take care of the drunk dad dude, and once she leaves my sister calls said drunk dad dude and can’t stop laughing.

A Phone Call Between My Sister and I

Me on the porch outside of my house.

Seven minutes ago my phone rang. It was my mother telling me dad had just died.

Howls coming from her.

Howls coming from me.

My knees hit the ground.

My hand clutches my stomach.

I can feel my pregnant sister clutching her own stomach as we sob, sob because dad’s dead.

Some of my friends stand on the back deck of my mother’s house smoking in the rain.

It is Saturday, November 20, 2004. It is a bit past 1pm. My friends, family, and some people I have never met have congregated at my mother’s house for the wake. At noon we all sat in pews listening to a hired preacher say memorable things about a man he never met—my father. It’s after that awkward service, just after we drove through the deluge of rain and to my mother’s house that was just a few minutes away that we squish ourselves into my mother’s house, the blankness of the world blanketing my body. It rains heavily, the falling water replacing my tears that should be shedding, but that does not happen. Too numb to let tears shed themselves down my face.

At the wake, my friends do not know what to do. They never met my father. In fact, some of them didn’t even know I had a father as I spoke nothing of him, as he did nothing to put himself into my life. There are no pictures of him on my bedroom wall where the rest of my family smiles at me.

Both sides of my family are there. And my sister is somewhere around here. She is sad. I am still trying to not be mad. She wants to look at pictures of him. I want to drink. Both of these things are ways in which to deal with grief. Only one of them works.

I did not cry at the funeral, though my sister did. Later she will tell me how she went into the bathroom to sob, and that someone else was already in one of the stalls, howling. That would be my aunt Denna—my father’s sister.

I do not howl. Instead, I go into the kitchen and secretively fill up a black ceramic coffee mug with wine. I do not want to go find Kate as she is properly grieving, remembering him, and I’m trying to black out all of these thoughts of him from my mind, trying to suppress the zing of anger that constantly electrifies through my body whenever I think about him, even after his death.

Some of my friends continue to smoke in the rain. Their white shirts spotted with bits of water-making translucence. They, too, do not know what to do.

I sit near my mother’s living room in a chair with the rest of my friends and a few professors all sitting in a circle around me. We are trying to avoid the fact that we were just at my father’s funeral. Small talk to push away the large topic. I sit holding court among this crowd full of not-knowing-what-to-say blank-faced limp-shouldered bodies.

We sit. We chat. We watch the rain. Most of them eventually, finally leave. I am left in a house composed of rooms occupied by immediate family members and a few good friends who want to do something for me. I see my sister in my father’s bedroom, sitting on the floor leaning against the spot on the side of his bed where he died. She is still looking through photo albums. My mother is still somewhere in this house being consoled by her family.

I decide to get out of there.

I decide to continue to get out of my head. Though it is not really a decision, but more of a physical reaction to the events of the day, of the past week.

As my friends and I drive over to a friend’s house, I am drunk and I make everyone stop at the liquor store near my mom’s house. This must have been the liquor store that he stopped at, the one in which he bought that last bottle of vodka of which he drank too much from, drank so much from that he died with a 0.46 blood alcohol level. I am in that liquor store and I want to ask the clerk if he knew my father. I want to describe to the clerk what my father looked like, how he had black curly hair that had started to thin and recede, and how he always wore a Denver Broncos sweatshirt and probably looked a combination of excited/desperate/scared when he bought his bottle of vodka. And he might have had chewed-up glasses on his face because that was one of his dog’s favorite things to do—chew his glasses. Did you know him? I want to ask. I do not do ask, and instead go to the aisle full of vodka and look for the label I recognize. My father used to drink some obscure type of Russian vodka, the name of which I never knew. I know which one it is, though, from the label. How many times did I see that bottle in the trash, trying to be hidden? Or on the floor in the back seat of his car? Enough times to capture its image in my memory, to know what kind of liquor it was when I go to his liquor store, already drunk, in order to buy his vodka.

I get a bottle of his vodka. We go over to my friends house. We sit in another circle, only this time on the floor. Sabrina tries to get me to play a game of cards. Instead, I drink that bottle of vodka all on my own. I stand up to smoke a cigarette and the walls sway like a reflection from a funny mirror at a carnival.

I do not know if I stop thinking about my dad at this point. I do not know what I am thinking. I just want the drunk the fuck it the get me out of this world feeling. My girlfriend follows me as I go stand on the second-floor balcony. I try to light a cigarette but am not successful at this task as I get distracted with all of the puking I am now doing over the railing.

And the memory fades. And I do not know for how much longer I think about my father that night. But the image of my sister burns. Her on the floor, where he died, looking at pictures of her and him, trying to figure out how to survive.

One Reply to “When Sisters Speak”