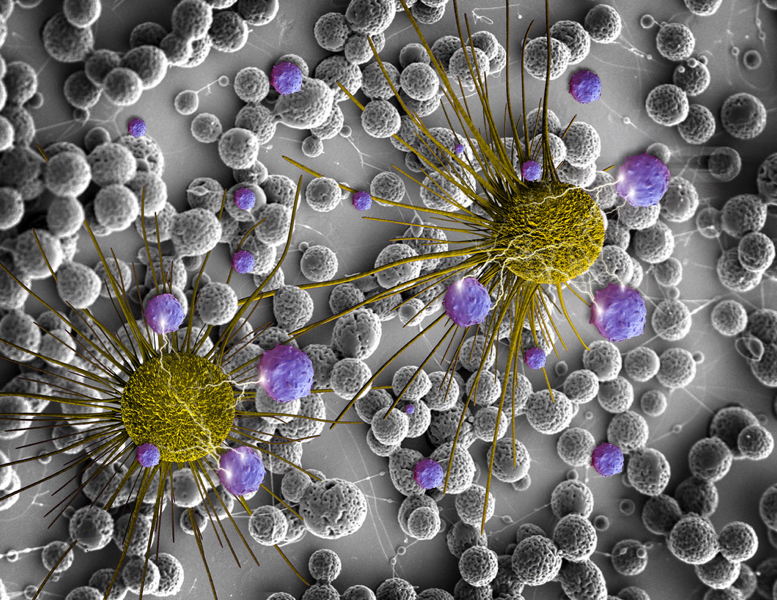 When I was first told I had brain cancer, I felt…well, numb. It was like my heart actually stopped beating. I am an incredibly sensitive person. I’m actually considered to have a “hyper-sensitive personality.” Hence, I can cry at the drop of a hat. There is not one single Disney movie where I haven’t at least shed a tear or two.

Hearing that word “cancer” I cried, but unlike ever before. The tears came so slowly. It felt like time had paused and then set to “slow motion.” I couldn’t breathe fully. I couldn’t look at my husband, who sat there next to me. Frankly, I couldn’t feel anything.

Writers are supposed to be able to put their thoughts into words, right? Well, this experience—there really are no words in the English language to truly explain the gut-wrenching feeling of learning your body has, in fact, turned against itself and that cancer has invaded your brain.

I only learned my tumor was actually malignant after I had already undergone brain surgery. To be blunt, how else can you get a pathology report unless you crack open the skull and remove the tumor and tissue for testing? Thus, when I was first told that I had cancer, I was still recovering from my surgery. Ya know how people like to use the phrase, “It’s not brain surgery!”? Well, for me, it was, and it was not a pleasant experience!

It was hard enough dealing with the massive seizure that alerted us to the fact there was a tumor in my brain, adjusting to all the medications I was forced to now take and having survived the surgery. Yet now I was faced with the fact that the tumor was indeed malignant. I had cancer.

I was diagnosed with a Grade III anaplastic ependymoma. Try saying that ten times fast! All brain cancer is rare. However, mine was extremely rare, aggressive, and had a high probability of recurring. It was all so utterly surreal.

Thankfully, I had one of the top neurosurgeons in the country. We immediately bonded through our dry wit. Since he was the chief of neurosurgery at my hospital, he paired me with an oncologist and epileptologist (seizure doctor) he knew would properly care for me, and as always, he was right on-point. Now I had an entire team of top doctors!

Despite the initial numbness and shock, quickly following the official diagnosis, I felt hopeful. As an attorney I suppose I tackled brain cancer like a legal issue at work. I had the facts. Now we needed to take those facts and find a resolution to the problem. So, looking back, I reacted in a very clinical way.

I was also determined to remain positive, recover from surgery, and just get through treatment. I wanted to get strong again and return to an active, healthy life. I was convinced that I would be able to just look back on those months after surgery and treatment, and see them as just a tough bump in the long road of life. I was very wrong but that’s a story for another day.

Surprisingly, I never became angry or questioned, “Why me?” Of course I questioned what had caused this, and I was frustrated to hear that I would possibly never know how or why this disease had so harshly attacked my brain, most definitely the strongest part of my body, ironically enough.

I was an attorney. I was a perfectionist. I always needed an answer to everything!

Nevertheless, I decided very early on that I would not let negativity control my life. Frankly, negativity had subsumed so much of my time and energy in the past. They were mostly petty, ridiculous things too. While I had always lived a happy, fulfilled life, I struggled with finding the positive in things. I tended to constantly focus on the negative. However, after hearing the word “cancer,” I vowed that would no longer be the case.

In short, the entire summer of 2014 was dedicated to my radiation schedule. Monday through Friday I took the bus and subway alone to my hospital for treatment. People could not believe I had the strength, energy, and resolve to go every day by myself, but what choice did I have?

Radiation treatment, especially for brain cancer, is like some sick medieval torture. You must first get a mold made of your face so they can create your rigid, plastic, mesh mask. I know survivors who kept theirs. They are stronger-willed than I. I couldn’t even look at that thing! The techs place you on the table, put the mask on your face, and just when you think, “Okay, this is relatively comfortable,” they strap the mask down onto the table, ensuring you cannot move even an inch. It is like something out of a science-fiction horror movie.

Thankfully, the treatment itself is very short. Nonetheless, you still have radiation being beamed into your brain while you lie there like The Man in the Iron Mask.

I am a person who needs structure. So I didn’t think about the treatment itself or that mask. I simply viewed it like a job. It was my routine and I just needed to get through it to move on with life.

Now, this was back in 2014. I pray they’ve changed the terminology by now, but after those six weeks of treatment, everyone at the hospital referred to the next month as my “vacation period.” If that was “vacation,” I’d have been writing the owner of the hotel/resort nasty letters, posting on every social media channel available, and especially TripAdvisor, how utterly miserable this “vacation” was and be demanding a full refund!

Once treatment ended, I had absolutely nothing to do. I was just left alone with my own thoughts and that is never good. Things became very dark. My anxiety became overwhelming. Everyone says, “Life isn’t easy.” Yet no one ever told me just how easy dying could be. I sat at home in the weeks after treatment so frightened that the tumor would come back (which, of course, did happen a year later). I feared that the next time, the tumor would be inoperable and that it would slowly eat away at my mind and body. I feared I would have to undergo multiple surgeries (which, of course, also did happen). Yet what plagued my mind the most was having another seizure while home alone.

I thought constantly about what would happen to my husband and my family, who loved me so dearly. How much would they suffer watching me painfully and slowly die? I would do my best to push these thoughts out of my head and get back to focusing on all the positive things in my life. However, it was a constant struggle, and frankly, the anxiety consumed me.

During that time I convinced myself that any little sign of discomfort or something out of the ordinary meant the tumor was coming back. In fact, a few weeks before my first round of follow-up scans, I contacted my oncologist multiple times, convinced that a minor head cold was a sign that the cancer had returned. Logically it didn’t make sense. Yet by then, logic had not just gone but had been violently thrown out the window, seemingly never to return again.

I agonized that any little sensation in my arms or legs was the beginning of a seizure. Given the anti-seizure medications and my prognosis at that time, the likelihood of a seizure would have been slim-to-none. Yet wasn’t this whole entire brain tumor experience already so out of the realm of possibilities?

Eventually the time for my next MRI came closer and closer. There is a term “scanxiety.” It is real. It is awful. I’ve never met a cancer patient who hasn’t experienced it. You are truly consumed with fear, and many times you’re not even aware of it. It’s a true “fight or flight” experience that takes over your mind and body. You lash out at loved ones. You cry over what you think is nothing. You’re always feeling anxious. Then you look at your calendar and have a “Eureka!” moment. You have a scan coming up. No wonder you’ve been a total basket case.

I only learned this was a totally “normal” experience once I met other cancer survivors months later in a young adult support group. They still remain part of “my tribe”—fellow survivors I can turn to with anything. No matter how crazy it seems, they just get it. As an aside, one of many things I strongly encourage someone newly diagnosed with any disease or disability is to “Find Your Tribe”!

Going back to the end of my horrific one-month “vacation period,” I underwent the follow-up MRI. Once I learned that my scans were clear, my oncologist sat down with me, extremely concerned for my mental and emotional well-being. She is like a second mother, and I am so fortunate to have always had supportive doctors.

I trusted her with my life, literally. Thus, with her care and encouragement, I realized I had to focus on getting back to the person she had first met, who told her, “I’m going to beat this.” I got professional help to handle the anxiety, I returned to work part-time, and I began appreciating all the good things in my life. Quickly the overwhelming anxiety disappeared. The strong, positive person I had been when I first learned of my diagnosis returned.

I still worry about what the future holds, but the worst imaginable things did happen. My cancer recurred in 2015. As of July 2020 I’ve been officially cancer-free for five years. Yet I’ve undergone seven brain surgeries in total. I couldn’t begin to count how many times I’ve been hospitalized. I’ve been stuck with so many needles and IVs, my poor veins make me look like a heroin addict. I’ve learned to live with the fact a seizure can occur anytime, any place. Sadly, I watched a dear friend succumb to brain cancer in 2017. I will forever grieve that loss, but I know she watches over me as one of my guardian angels.

None of us know what the future holds. After my diagnosis I will never be the same again mentally, physically, or emotionally. I’ve come to accept that, although admittedly I have my bad days. Life may not be easy, and it may not be fair, but it’s the only life I’ve got, and I plan to make the best of it.

Photo at the top of the page: “brain cancer cells and released BCNU” by pennstatenews is licensed under CC BY-NC-ND 2.0. 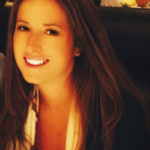 Ruth Kavanagh is a former practicing defense litigation attorney. After being diagnosed as a young adult with a rare, aggressive form of brain cancer in 2014, she became a fierce advocate for brain cancer awareness. She is an award-winning public motivational speaker, fundraiser, and event planner. Ruth has also served as a Peer-to-Peer Volunteer at Memorial Sloan Kettering Cancer Center, and will soon begin volunteering with the Art Program at NYU Rusk Inpatient Rehab helping fellow disabled-yet-abled patients. Her interests include photography, painting, and drawing. You can learn more about Ruth at her website: www.braincancerbabe.com.