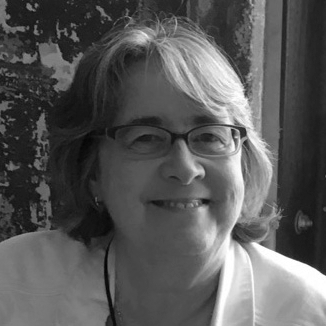 I sit on the back porch, picking them out with my fingernails. They’ve embedded themselves between the layer of mesh and the layer of smooth nylon surface on the tops of my running shoes. From a distance they look like mud spatters, but they’re clusters of organic torpedoes, hundreds of them, each a centimeter long. These wild grass seeds, with their tiny grappling hooks, have hitched a ride to Virginia from a German cemetery.

I picked up these wanderers in the small town of Grünstadt in the Rhineland-Palatinate, about an hour’s drive southwest of Frankfurt. Grünstadt has a vibrant Jewish history that is documented back to the early seventeenth century. At its height, the Jewish community numbered some five hundred souls. What remains in 2012 is the neglected cemetery.

Unlike many German Jewish cemeteries that are now deep in the woods, Grünstadt’s sits in an open field in an industrial park, a few trees providing cover from the road. Two of us, one American and the other German, stand outside the fence, peering in from the driveway of the factory building next door. We’ve visited many cemeteries together, my husband’s fourth cousin Christopher and I, as genealogy research collaborators for more than fifteen years.

The government protects Jewish cemeteries, usually surrounding them with metal fences and standard locked green gates for which visitors must locate the person guarding the key. In some towns, this requires a scavenger hunt of epic proportions. In Grünstadt, no sign on the gate tells us where to obtain the key, so we drive to the town administrative building, only to find it’s closed on Wednesdays. We rearrange our itinerary.

Returning to the town office on Friday, we inquire at an information desk and are sent to the office of a woman who, it turns out, doesn’t have the key but helpfully makes a call to find out who does. She sends us across the street to another office, where another official informs us he doesn’t have it either; it’s held at the Standesamt (town registry), which is back across the street, in the building we just left. Finally, at the Standesamt, another official photocopies Christopher’s German national identification card and informs us the key must be back in an hour and a half, before the office closes for the weekend.

At least in this town, we’re trusted with the key, unlike in nearby Mehlingen a few days before. The town official there was unable to obtain the required permission from the local Jewish community, recent immigrants from Eastern Europe. After two hours of trying, she took pity on us and arranged for two town maintenance workers to unlock the gate and guard us while we were inside.

Although it’s noon and nearly ninety degrees in Grünstadt, I’m glad to have worn jeans and closed shoes, because we have to wade through waist-high weeds to get to the older sections of the cemetery. Photographing inscriptions involves parting curtains of wild grass and stamping down slender stalks, giving seeds a chance to break free and latch onto us. Headstones in the far corner are buried under a thicket of six-foot-high shrubs that we would need a machete to get through. The roots will push these stones up out of the ground and topple them eventually.

Many of the older stones’ Hebrew inscriptions are still legible; only a few have been chiseled off by vandals. Newer ones have German on the reverse side. We split up, weaving back and forth through the rows, taking quick photos, no time to pick out the graves belonging to my husband’s ancestors.

I see Christopher in the distance, his head covered by the yarmulke he keeps with him for cemetery visits, even though his family no longer practices Judaism. He carries a bag of white pebbles in the trunk of his car, for the Jewish custom of placing them on relatives’ headstones as a sign of respect and remembrance. We each distribute a handful randomly among the graves.

Germans lavish attention on their dead. Non-Jewish cemeteries teem with relatives carrying watering cans from the central spigots to the burial plots, many of which have been turned into elaborate gardens. Small statues, stuffed animals, and other decorations are on display among the flowering plants.

This resting place receives no such care. Waves of Grünstadt’s Jews, including my husband’s family, began emigrating to America in the 1850s. The ones who didn’t–we can guess what happened to them. On this day, the two of us are the closest relatives in the vicinity: a great-great-great-granddaughter-in-law and a great-great-great-step-nephew. I wish we had enough white pebbles to leave one on every single gravestone.

As we emerge from the dry grass, our pants and shoes are covered with seeds. Some of them have worked their way through the tops of my shoes into my socks. It’s a relief to finally get to the car and take shoes and socks off to pick out the barbs that have been getting under my skin.

Later, packing for the trip home in the airport hotel, I think of throwing these shoes away. They don’t seem salvageable. But I wrap them in plastic and put them in my suitcase anyway.

Now at home, I sit, pulling the seeds out, throwing them on the floor of my screened porch, where some fall through the slats. Maybe they’ll root in the soil underneath. I realize now that I inadvertently lied on the customs form yesterday when I answered “no” to the question about bringing foreign plants into the United States.

My fingernails are too big to reach under the mesh to extricate the more stubborn seeds. Instead of getting tweezers, I leave a few, as a reminder of the cemeteries the Germans have forgotten. And if one occasionally works its way through the shoe to poke my foot, so much the better.

Rachel Unkefer’s work has appeared in Prairie Schooner, Crab Orchard Review, Citron Review, and elsewhere. She has been a fellow at the Virginia Center for Creative Arts and Writers in the Heartland. She is one of the cofounders of WriterHouse, a non-profit writing community in Charlottesville, Virginia.