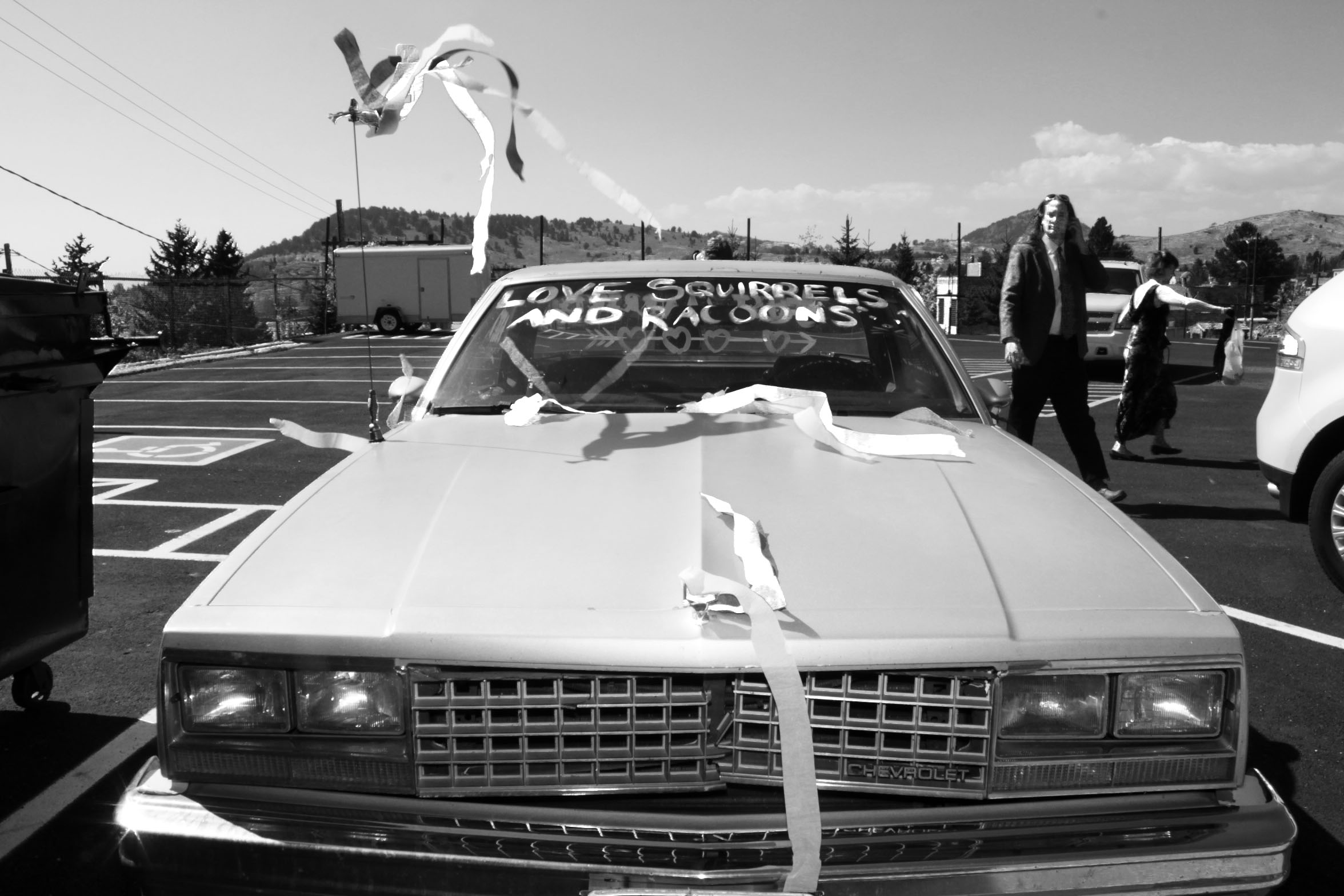 There is an old 1982 El Camino sitting in my driveway in the mountains of Cripple Creek, Colorado. It’s a year older than I am, and has a sock holding a part of its engine together. But it’s a good little super sport truck—and astonishingly reliable.

My grandfather owned this car for years. He bought it at a dealership in the 1990’s. He almost didn’t get it, though, because the car salesman stated the price at $6000. My grandpa said, “Well I only have $5000” and walked away. The salesman chased after him and said, “Fine, you got it. $5000.” And my grandfather smiled. He had a Mercury he drove everywhere, but he wanted the El Camino in order to haul firewood from his mountain cabin in Cripple Creek to the house where he actually lived in Colorado Springs. And while he rarely used the truck, he got regular oil changes and tune-ups for it. The truck is in impeccable shape for its age. Although when my grandfather got it he did remove the mandatory catalytic converter from its muffler in order to get better mileage. Ten years later and my grandmother will have to spend $600 to put the catalytic converter back into the car so it could pass a safety inspection.

My grandfather died a year and a half ago. A year after his death I moved from Minneapolis to Colorado to be near my family, arriving in the mountains with nothing but eleven boxes of books and clothes in my possession. My family quickly got sick of driving me around town. The El Camino became mine.

It has a gruff-sounding engine and is clothed in dull gray paint. Once when I was trying to get out of a parking spot on top of a steep hill, the engine stalled, the brakes gave out, and I smashed into a large SUV in front of me. The SUV looked untouched, however the hitch of the SUV shattered the El Camino’s grill in half. The gray plastic grill is now zip-tied together.

My husband and I call it Tweet. Here’s the story of Tweet: my husband and I were lying in bed together one night—though this was before he was my husband and was just my boyfriend—making animals with our hands. He made one that to me looked like an ostrich, but he said it was a snake. Then he started hissing.

He turned his hand back and forth like how a little bird jerks her head around looking for food on the ground, and said in a deep Texas accent, “Tweet.” When he cowboy-tweeted at me I broke out in hysterical laughter because I immediately imagined an ostrich with a ten-gallon cowboy hat on its head and a piece of hay sticking out of it’s beak. Tweet. Even after this awesome imagery-inducing sound was uttered, my husband still said his hand was a snake. He makes snake comics now. And I’m still attached to the image of the Texan ostrich.

Three months later and we’re married and decide to name the El Camino “Tweet.” It made sense to us then, though now I can’t remember for the life of me why it did. Perhaps it just did.

And when we got married, my aunt did the expectant thing of writing “Just Married” in pink and yellow paint on the back window. She also tied blue and yellow streamers to the antenna and tailgate. When we drove the truck through town, parading for the town folk our pride in getting married, I worried the truck would die on us and, damn, wouldn’t that be embarrassing? But it made it through the four block strip of “downtown” Cripple Creek without stalling and got us back to the house in time for our reception. Ol’ Tweet came through. Aside from the “Just Married” message, my aunt also wrote “Love Squirrels and Raccoons” on the windshield.

I know, an explanation is needed. Here it is: there are miniature squirrels and raccoons inside of Tweet. There’s the stuffed finger-puppet squirrel on the dashboard near the steering wheel, the plastic raccoon and squirrel high-fiving their paws together that are duct taped above the tape deck, and the stuffed finger-puppet raccoon on the passenger’s side of the dashboard. Yes, this is weird. But my husband has always identified with the spunky squirrel creatures. He wears cargo pants in which the pockets are forever filled with his phone, wallet, a small writing pad, pens, and sometimes a muffin. His own squirrel pouches. And I identify with raccoons because when I was an anarchist in college I used to dumpster-dive for all of my food. Thus, the appreciation for the scrappy raccoons. And while my husband can bark the most awesome “Pk-chew” squirrel sound, I know how to make the best “Eee-Eee-Eee” raccoon noise. Coincidentally, sometimes it sounds like there are little raccoons hopping around inside of Tweet’s engine, the little buggers squeaking away.

This sound worries me.

But how to explain that sound to our mechanic?

“I don’t know. It just sounds like raccoons are jumping around in there.”

I worry about when ol’ Tweet will die on us. I’ve already had the exciting adventure of Tweet not starting when I was two miles away from home and it was 8pm and six degrees outside and the walk home would have been two miles straight up a mountain road with no lights and possible bears around. As I started trekking home in the ass-freezing air, by some miracle a co-worker of mine (one of the four people I actually know in this town) drove by on the lonely country road and gave me a ride home. The next morning I went on a run to get to where Tweet was, and she started perfectly on the first try. Perhaps she doesn’t like the cold, which will inevitably suck because it’s about to be winter here in Colorado.

But I gotta keep faith that Tweet will continue to live. I don’t ever want to sell her.

Though our mechanic did say our El Camino is so rare that it could be sitting in a field, surrounded by a whole bunch of nowhere, with no tires, and we’d still get $5000 for it. That is tempting, but we’ve grown a fondness for Tweet. It’s something about her gruff voice, the way her wheel doesn’t turn to the right when you first start her up, how the grill is busted, how there’s a sock around the engine, and yellow and blue crepe paper streamers still trailing from the tailgate that we just can’t let go of. Perhaps we are stupid. Or perhaps this is what love really is.

Chelsey Clammer received her MA in Women’s Studies from Loyola University Chicago. She has been published in THIS, The Rumpus, Atticus Review, Sleet, The Coachella Review and Make/shift among many others. She received the Nonfiction Editor’s Pick Award 2012 from both Revolution House and Cobalt, as well as a Pushcart Prize nomination. She is currently finishing up a collection of essays about finding the concept of home in the body. You can read more of her writing at: www.chelseyclammer.wordpress.com.