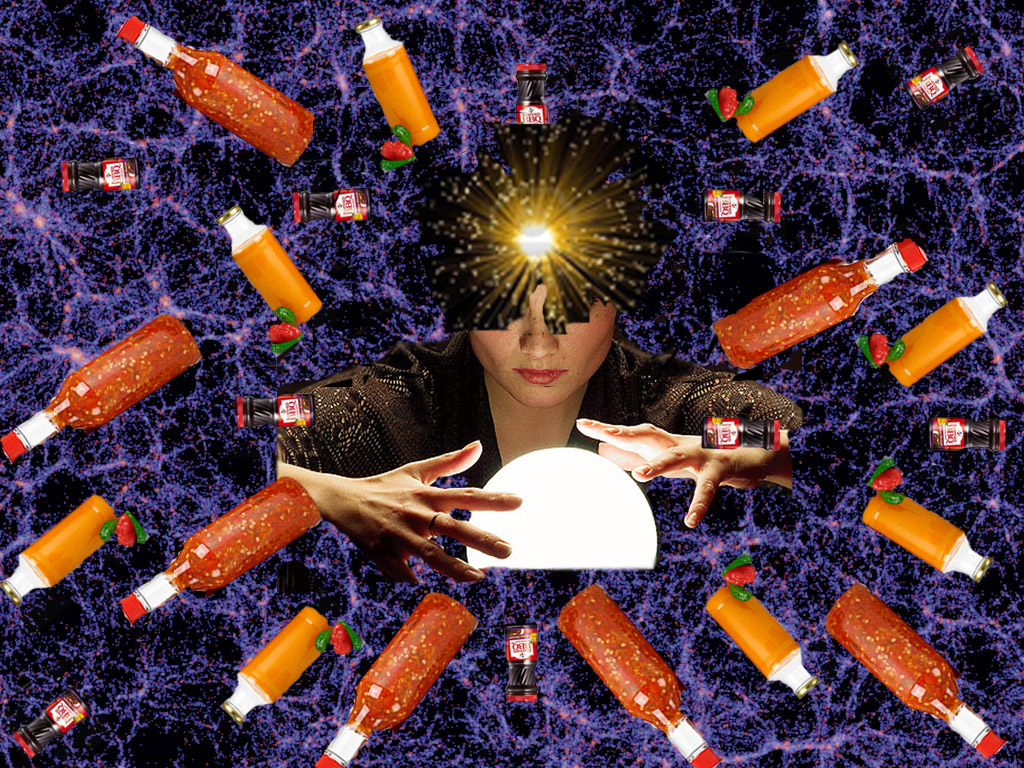 We were having dinner. I had the brisket, L half an Amish chicken, and my sister a mound of pulled pork piled high on her plate. There were five sauces lined up on the table for us to try: Spicy, Mustard, N.C., Apple, and Sweet.

L and my sister are close friends; they met in college and have stayed close in the years since. They’re relaxed with one another. They have similar taste buds, both preferring the Apple sauce with its warm cider flavor.  I was less relaxed. For the first time in years, I felt very little sister tagging along with the grown-ups.  Their relationship was built on college and adulthood. My relationship with my older sister is still tinged with childhood. The day before this, she had found a furry, black-and-white headpiece with a widow’s peak that she had worn to be a penguin in a dance routine. We’d bickered over how big her head was then vs. now (the headpiece fit her adult head and voluminous adult hair without strain) and whether human heads even grow.

“Did I tell you that my mother-in-law went to a psychic?” L asked my sister.

The sweet sauce tasted off to me. It tasted too familiar, but with some extra spice or flavoring that was driving me nuts because I couldn’t identify it. I was too busy tasting it to respond.

I am a magnet for people’s stories about the supernatural. Close friends, acquaintances, family members, talkative people on public transportation have talked to me about:

Being told they were on a journey;

Bird calls surrounding you means a deceased loved one is always near;

Psychics exist because they are only the ones who see the true pattern of the universe;

This card says you will be successful in your professional endeavors;

The fortune says, “You are always on my mind”;

An unknown voice whispering on an audio file encouraging them to leave;

Lights surrounding a house in photographs.

“She had her father contacted,” L said while cutting her chicken.

“So, she got an earful.” My sister said. For a moment, I’d forgotten that she’d met L’s grandfather-in-law. She’d even visited him in the hospital last summer.

L laughed, but then grew serious. “She said that he said.”

“The psychic.” L said. “She heard what he was saying and then passed it on.”

“The psychic said he kept saying the word, ‘meatloaf’ over and over again. She asked if the word meant anything special, but no one could remember him being that crazy about meatloaf. Here’s the weird thing.” L paused and took a sip of water. “My husband was over at his grandmother’s house at the exact same time—and this was all happening in the morning at like ten or eleven—and she decided to just make him meatloaf.”

“He was watching over his wife.” My sister said, her eyes tearing up behind her glasses. She tends toward being sentimental only about animals.  The first time we watched Casablanca together—I was thirteen and a bundle of red-shaped hearts and feelings, she was seventeen and willing to indulge me—I wept an embarrassing amount at the ending, she tossed a piece of popcorn up in the air and caught it in her mouth.

My sister asked, “What else?”

“The psychic said that within the next year there would be two children born into the family. And that he was talking to them and getting them ready to join our family. He was sure that one would be mine.”

My sister stopped picking at her pulled pork and looked at L. I could feel the weight of several heavy conversations between them. L smiled. “He especially liked the girls.”

I watched her face as my sister asked her more questions. She was happy—the food; anticipation of a trip coming up; the potential of a yearned for child and the idea of someone she loved being happy, rested, and omniscient after death all contributed to that happiness. But she was also a little uncomfortable.  Her doubts at the psychic’s extraordinariness, the idea that there was someone else out there who could see signs, interpret patterns, hear whispers of elsewhere made her uneasy.

The spicy sauce was good. It didn’t need to be slathered on anything. It would be good even if someone started demolishing a vat of it with a soup spoon.

L then told us how the psychic establishes her credentials. As a teenager, she attended a catholic school. Much like the Saints she learned about, she was beset by visions: the deceased walked among the living and whispered secrets only she could hear; stigmata seeped down statues’ arms; and crosses appeared against lights.  Eventually, the psychic approached her priest.

“Seeing spirits has happened, but it is very rare,” the Priest said.

The psychic paused for a moment and then told the priest that she saw his son in the room with them. He was a young boy and listening to them speak. The priest began weeping; he had told no one about his son. He had been young when the boy was born, unsure of his calling.

We ate in silence for a few moments. My sister seemed focused on her sweet potatoes; L had her cell phone out.  A cover I didn’t recognize of “Baby Please Don’t Go” played over the loud speakers and I tapped my foot to the beat as I considered what I’d just heard.

Who would I focus on if I was writing the short story of that encounter: the priest, the psychic, or the dead boy listening in on all the confessions?

And was the story real? The Gothic details, the fact that the word “weeping” appeared, made me more skeptical than usual. The psychic could employ several very talented private investigators skilled at observing her clients—she worked on a, I think, three month waiting list—and digging up details. She could Google search and find out details about her clients. Maybe the story changed each time based on the client’s religion. There could be an interchangeable line-up of rabbis, ministers, and Houngans weeping over their dead sons.

I tried the N.C. on my brisket. It reminded me of all the other times I had eaten a vinegar sauce. The moments crystal-clear, yet stacked upon each other. It could’ve been an accordion of me’s seated at tables, all remembering with happy excitement that I liked vinegar sauce. I imagined all the me’s past and future colliding in my taste buds and sharing their experiences, their histories, their selves in that moment. Maybe I knew everything about me in those moments of eating, but the knowledge only remained as long as I was eating barbeque.

Megan Giddings is a master’s student studying fiction at Miami University. Her work was most recently featured in > kill author. She is currently working on a novel.