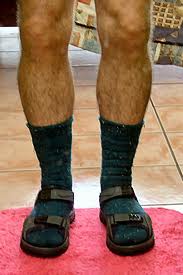 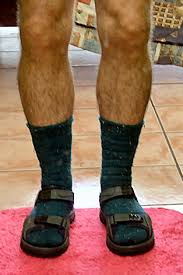 I got married two weeks ago, and now my husband is in a Texas jail for the next three weeks. He had a fucked-up interaction with Austin police eight months ago, and now because of the system he has to be in jail. While I’m up in the mountains alone, waiting for my husband to come home from jail, I have decided to knit him a scarf to keep myself busy. I expected for the knitting of the scarf to take me a couple of weeks, but out of boredom yesterday I watched three episodes of “Law & Order: SVU” and started and finished the scarf in one sitting. I told this to my mother, and now she says I can knit her a scarf.

But my mother hates wearing scarves. She says they feel like a noose. But she’ll use them in the winter to keep her neck warm, because in the mountains of Colorado scarves are a necessity, not an accessory. But people here are also stupid when it comes to dressing correctly for cold weather. Just yesterday, when the high was only 32 degrees, I saw some dumb white dude in shorts, Teva sandals with, ewww, socks, a long sleeved cotton t-shirt, and get this, a silk scarf. I wanted to choke him with it, twist the stupidity out of his system. He looked like a douchebag standing there with his uppity, classy, silk scarf and Teva sandals with socks. I’m glad this guy is not my husband.

While my mother doesn’t like scarves, says that they get too knotty and choke her, I will knit her a scarf to continue to keep myself from going crazy in this cabin while I am all alone. The other thing that is keeping my sanity is blaring Lady Gaga and dancing around the house. Thank god my husband is not home to witness this.

But the boredom seeps in, and the urge to do something, anything to make me feel occupied comes raging out. So I start knitting another scarf, keep my hands twirly around the wool weave, and burn thousands of calories just by a flick of the wrist. Or so it seems. Speaking of burning calories, I also went for a run this morning. It was only 22 degrees. All of my cold running clothes are in a box in my mother’s basement from a recent move, so I had to go running in inappropriate clothing. A knit hat my grandmother made back in the 70’s, a flannel t-shirt, short-ass shorts, and socks hiked up to my knees. I’m sure I looked like an idiot, like one of those stupid people who wear Teva sandals with socks and scarves in the winter. I could have put my husband’s newly made scarf around my neck, but then it would have felt like a noose was choking me as I ran. So I went for the inappropriate clothing, surged ahead through the cold, and got home to soak in a hot shower for an ungodly amount of time.

And now I will sit down and knit another scarf, watching SVU, and hope it will take me longer than three hours to get this one done. I have two and a half weeks to go until the husband gets home, and hopefully he won’t return to a crazy wife. But if he does, he’s in this until he dies, and so now the crazy can fully come out, as in now he is allowed to wear a scarf and Teva sandals with socks and I can’t break up with him for it. Though he would never do that, which is perhaps why I married him.