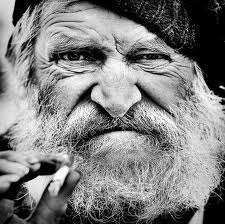 It was a few weeks after I got out of a psych ward in Texas that I went to a small mining town in Colorado and was smoking a joint with some guy named Ray in an abandoned building. I was nineteen and had a shaved head. Ray had a scraggly tooth and bought me liquor once we were good and stoned.

I was in Colorado to get away from my friends in Austin because they were acting weird around me after I attempted suicide. Twice. And in two weeks. It was the fall semester of my sophomore year in college when an older woman broke my heart and made me want to die. After two consecutive trips to the psych ward within the span of two weeks, when I was finally released the second time, when my friends glanced sideways at each other as I walked up to their circle to say hello, when I couldn’t stand their shiftiness around me anymore, it was then that I decided to take the semester off. To get away from my friends in hopes that after a few months of not seeing me they would forget about my craziness and decide to be my friends again. My plan, therefore, was to go live with my grandparents in Colorado Springs. I wanted to be surrounded by tall mountains, to feel ensconced in a scenery that would not judge me.

Within a few days of my stay in Colorado Springs, I declared that I wanted to go to my grandparent’s mountain cabin for a few days to just sit alone on the wrap-around deck with the view of the Sangre de Cristo range to my left and write. They somehow and surprisingly agreed to this—because, after all, wasn’t it plausible that I just wanted to go up there to throw myself off a mountain? But if they did have any concerns they never voiced them. So my grandfather filled up the tank of their old 1982 El Camino and gave me directions to the cabin.

My first day at the cabin I smoked Pall Malls on the deck and read Jack Kerouac.

My second day I ventured into town hoping to find someone who would buy me beer. I ran into this guy named Ray in the “downtown” section of town—that three-block section of one paved road and a few casinos and bars littering the building fronts. Ray was walking towards me during the last seconds before the sun finally set. His graying beard and white hair blew in the late October air. I remember it was cold and smelled like winter was approaching, as if the idea of ice was lingering in the air.

Ray and I somehow said hello to each other. Then we somehow started talking. Then we somehow ended up in an abandoned brick building and smoking some weed together. The joint was loosely rolled, making it hard to get a good hit.

“So what you doing here kid?” Ray asked as he pinched the end of the joint and sucked in hard.

“Getting away from my friends.”

“Why?” Ray passed me the joint as he blew plumes of smoke into my face. We sat with our back against the dirty brick dilapidated wall, a hard layer of gravely ground poking into my ass.

“Because they were acting weird around me after I attempted suicide. They kind of stopped talking to me.”

I took in a hit and passed the joint back to Ray. He stared for a second into its orange glowing tip then said, “Yeah, I’ve attempted suicide before. You know, you just get to that point.”

“Yup.” And our conversation ended with that, a contemplative silence filling in the spaces between us. We finished the joint and Ray tucked the roach of it into the pockets of his holey, dirt-smeared light denim jeans.

Even though I was incredibly baked, I still wanted to get drunk. It had been my mission, after all.

On Carr Avenue, which is the road behind the “downtown” street of this mining town, there is the Jackpot Liquor store which is actually a blue house that was converted into a liquor store way back when, so I call it The Blue House Liquor Store. That sounds much more fitting.

I walked with Ray down an alley and waited at the end of it for him to go and buy me as much liquor he could get with the twenty dollar bill I handed over to him with trust. I remember how when I was waiting for him to emerge from the Blue House Liquor Store with a plump paper brown bag full of booze tucked under his old man arm, I vaguely wondered about how if a cop came by I could possibly be arrested. I was obviously stoned, my red eyes dried out from the pot and the high altitude. And soon I would be an obvious underage drinker. My stoned mind squeezed tightly with rising paranoia and anxiety. So when Ray came back with a bottle of cheap vodka and a sixer of Smirnoff, I grabbed the plump brown bag from his old man arms and ran to the El Camino barely tossing a goodbye over my shoulder. I hopped inside the super sport truck and meandered back to the cabin before a cop—who was nowhere in sight—could catch me. Stoned paranoia at its best.

When I was a kid and my family took vacations to this mountain cabin, I used to have a hard time going to sleep because I thought I could hear a group of old white dudes congregating outside of the house, planning their attack as to how to come in and kill me. The wind would crackle throughout the house, pushing the walls to squeak to the air’s touch, and I sat wide awake in the tall bed in the dark cold basement wondering how I could defend myself.

After I drove away from Ray and downtown and back to the cabin, I came into the house and started drinking the vodka straight from the bottle. The weed-induced paranoid part of me started to get excited again, and I began to get anxious about Ray, about how he was actually kind of creepy with his gnarly tooth and long gray beard and milky blue eyes that perhaps looked at me a little lecherously. And even though I was pretty sure Ray didn’t have a car, or if he did he was probably too stoned to get inside of it, I wondered if he had followed me back to the cabin. I was again worried about bad dudes hiking up a mountain to come and kill me. Before I passed out on the living room floor, my body twitched at the thought of a man with a knife and neighbors too far away to hear my screams. Perhaps this is all just to say that old white dudes scare me. Or that I get incredibly paranoid when I’m stoned. Or that I was actually scared of death and finally felt like living.

Hungover as all hell the next day, I packed up my books, clothes, and journal and headed back down the mountains and into Colorado Springs where there was no Ray, no imaginative threats of old white dudes and their plans. Where there was more life than to be found in that tiny mountain town. Upon my desire to not be killed, I now wanted the comfort of my friends, to be immersed in a crowd of people who I knew wouldn’t harm me, regardless of if they were talking to me or not. So when I got back to my grandparent’s house, I announced I wanted to return to Texas. I was supposed to stay in Colorado for six weeks. I lasted four days. And while the mountains were beautiful, I wanted to get back to getting drunk with my friends, to rebuilding relationships even though they would still see me as that crazy-ass Chelsey. At least that was better than having to claim gnarly-toothed old white dude Ray as a friend.

My grandparents bought me a plane ticket and later that evening I took a picture of them standing in front of their car when they dropped me off at the airport.

Years later and I’m looking through my old journals in order to do some research for a memoir I am writing. I open the black leather journal I had during my crazy suicide-attempting phase, and on one of the pages is a label from a Smirnoff bottle taped inside. Next to the label I wrote in my horribly drunk handwriting “Thanks Ray!” I do not remember doing this. But I will never forget Ray and his joint and the abandoned building and the time I went to the mountains to de-crazy myself, but ended up getting even more paranoid instead. Though at least during the six-week-trip-turned-into-a-four-day stay I realized I had a desire to live, to not be killed by old white dudes with their scraggly teeth. Stoned paranoia kicking me into a space of wanting to pursue life.