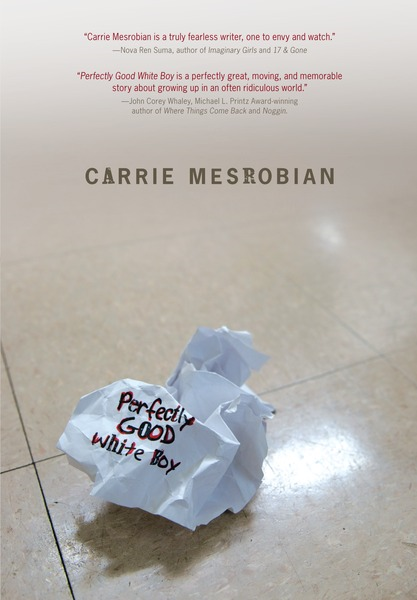 “You never know where we’ll end up.
There’s so much possibility in life, you know?” Hallie said.

He knows she just dumped him. He was a perfectly good summer boyfriend, but now she’s off to college, and he’s still got another year to go. Her pep talk about futures and “possibilities” isn’t exactly comforting. Sean’s pretty sure he’s seen his future and its “possibilities” and they all look disposable.

Like the crappy rental his family moved into when his dad left.
Like all the unwanted filthy old clothes he stuffs into the rag baler at his thrift store job.
Like everything good he’s ever known.

The only hopeful possibilities in Sean’s life are the Marine Corps, where no one expected he’d go, and Neecie Albertson, whom he never expected to care about.

“We’re something else. Some other thing. I don’t know what you’d call it. Maybe there’s a word, though. Maybe I’ll think of it tomorrow, when it won’t matter,” Neecie said.