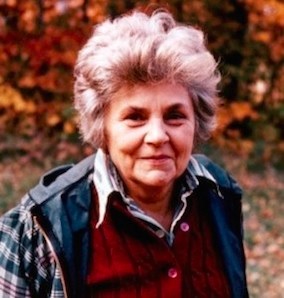 Bishop seriously considered a career in medicine, but turned to poetry with the advice of her mentor Marianne Moore, who published some of her early poems in an anthology in 1935.

Elizabeth Bishop published only 101 poems during her career.

Bishop’s mother suffered from mental instability after her husband’s passing and was institutionalized when Elizabeth was only five years old. Elizabeth went to live with her maternal grandparents in Great Village, Nova Scotia, the setting for her story “In the Village.”

Subsequently, she was sent to her paternal grandparents who were well-to-do residents of Massachusetts, concerned over limited financial and educational resources in Nova Scotia.

She was the first American and the first woman to be recognized with the Books Abroad/Neustadt International Prize for Literature in 1976.

Elizabeth Bishop was a distinguished poet, an author of prose, and a translator. She was also a Library of Congress consultant in poetry, 1949-50, and an honorary consultant in American Letters, beginning in 1958. She finished her career at Harvard University as an instructor beginning in 1970, a position she left in 1977 for a Guggenheim Fellowship.

She is widely known for vivid, image-like descriptions of the physical world and themes about searching for and finding a sense of belonging, and the experiences of grief and longing. These are all shown in her third book, Question of Travel, where she also provides multiple samples of what American poet and critic Wyatt Prunty referred to as “the askew,” alluding to Bishop’s “moments in which the senses fail to report reality, slide off into the mysterious, terrifying, or ecstatic,” her own flavor of magical realism.

In her prose memoir “The Country Mouse,” Bishop explains her well-meant but poorly planned and poorly executed transfer to her paternal grandparents to be saved from “a life of poverty and provincialism.” There, in the insulation of their wealth, she was isolated and lonely “with Grandma, my silent grandpa, the dinners alone.”

Her mother’s sister, Maud Bulmer Shepherdson, “rescued” Elizabeth from this in May of 1918, taking her to live with her in a South Boston tenement. Bishop suffered from health problems including eczema, asthma, and St. Vitus’s dance that prevented formal schooling until she was ready for her secondary education. In an unpublished manuscript, “Mrs. Sullivan Downstairs,” she painted this Boston neighborhood and portrayed the individuals she found there. Her shifts in living circumstances enabled her observation of societies on multiple levels wherever she was. It was in that Boston tenement that Bishop began to write poetry, influenced by her Aunt Maud.

With the sponsorship of the paternal grandparents, Bishop was sent to the elite Walnut Hills School for Girls and then to Vassar College.While at Vassar, she collaborated with novelist Mary McCarthy and others in starting up a literary magazine, Con Spirito—a more avant-garde publication than the well-established Vassar Review—that included some of her earliest work.One of the Vassar librarians introduced Bishop to poet Marianne Moore and that friendship became a life-changing relationship. Bishop earned her bachelor’s degree from Vassar College in 1934.

She became independently wealthy from an inheritance and, from 1935 to 1937, she traveled to France, Spain, North Africa, Ireland, and Italy, finally settling in Key West, Florida. Her first book of verse, North and South (1946), contained vivid descriptions of all the scenery taken in during her travels to date.

In 1951, she became ill on a trip to South America and was left behind by a freighter in Brazil. She began a significant new phase in her life there when she developed a relationship with architect Lota de Macedo Soares that led to more stability in her life. They made homes in Rio de Janeiro, Petrópolis, and Ouro Prêto over the next eighteen years. Her art avoids explicit details of her personal life, and emphasizes her focus and her subtlety in her impressions of the physical world in both her poetry and her visual art.

Brazil was the setting of many of the poems in A Cold Spring (1955), her second volume of poetry, as well as of those collected in Questions of Travel (1965).

She received the 1956 Pulitzer Prize for her collection, Poems: North & South/A Cold Spring and in 1970, her Complete Poems won the National Book Award.

Included in this last was “The Riverman” that offers a vivid example of her variety of magical realism. A man decides to become a shaman, a sacaca, interacting with water spirits of the Amazon River, and, though his society has formally shunned such activity, they still discretely consult their own individual sacacas. The narrator is a sacaca under instruction who develops metaphors offering us a seductive blend of modernity and primitivism—from what we might expect would be immiscible combinations. Bishop creates this aura using simple language and a matter-of-fact tone. Travisano says, in analyzing the development of Bishops art, that the sacaca’s relationship to his society is the core of the matter because “he is doing something earthy, sensuous, and illicit.”

When the National Book Award for 1970 ceremony took place, Bishop was trying to reestablish a Brazilian life after the death of her partner Soares. However, she decided that without Soares, a Brazilian life was not likely, and, in the fall of that year, Bishop began teaching at Harvard University. She taught there for the next seven years and that is where she met her partner for the rest of her life, Alice Methfessel.

During her lifetime Elizabeth Bishop was seen as an obscure, but respected figure in American literature, known as a “poet’s poet.” But after the publication of her last book, Geography III (1976), Bishop was finally accepted as a major force in contemporary literature. After her passing, critics like Larry Rohter in the New York Times, have considered her “one of the most important American poets of the twentieth century.”

A FEW OF BISHOP’S QUOTES

“All my life I have lived and behaved very much like the sandpiper – just running down the edges of different countries and continents, ‘looking for something.’”

“Think of the long trip home. Should we have stayed home and thought of here? Where should we be today?”

A QUOTE ABOUT BISHOP

“. . . her poems are balanced like Alexander Calder mobiles, turning so subtly as to seem almost still at first, every element, every weight of meaning and song, poised flawlessly against the next.”