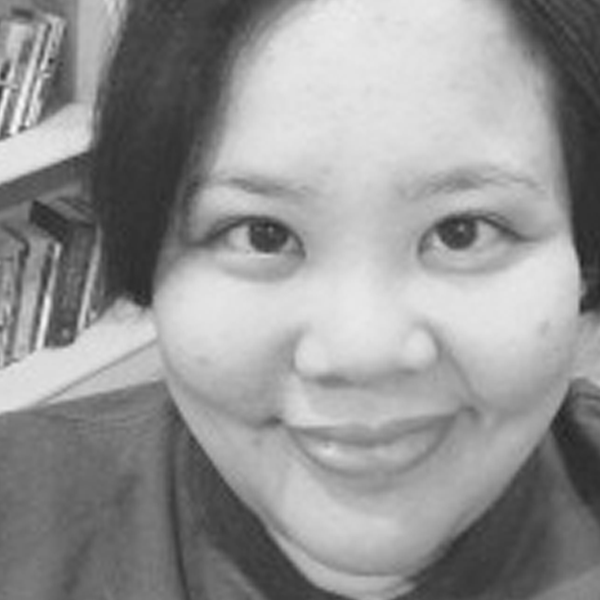 Mrs. Van Drunen lived across from the Wernickes, whose yard was messy. Plastic toys spread across the lawn, their bright colors faded from the afternoon sun. A slide lay on its side. Colorful chairs, part of a toddler’s dining set, scattered the yard. And on this day, a lone riding toy, its body white and handlebars a baby girl pink, rolled onto the street.

Mrs. Van Drunen never liked looking at the kindercrap in that family’s yard. But since Mr. Van Drunen passed away the year before, God bless his soul, she spent her time sitting on her porch swing from dawn to dusk, drinking sweet tea from a jelly jar, and watching life unfold on the cul-de-sac. She was the only remaining resident of the subdivision, who had lived there since the houses were constructed in the 1950s. Her friends had either moved away, lived in nursing homes or with their children, or were dead.

Few cars came and went, and those belonged to the neighbors. The kids could play baseball, and though their parents liked this, Mrs. Van Drunen hated the foul balls that landed in her forsythia bushes. She knew that the kids played rock, paper, scissors to decide whose grubby hands would be the ones to retrieve the ball.

Other times, the kids sped up and down the street and around the circle on their bicycles. When the Schulz boy led the pack down the sidewalk, and looked over his shoulder at his friends, he didn’t see the little girl riding her four-wheeled plastic vehicle on the walk. The entire neighborhood knew that her mother, Miz Wernicke always warned her daughter to ride only on their driveway and never on the sidewalk. But on this particular evening, she disobeyed. Not only did the Schulz boy collide with the Wernicke girl, he also rode over her with his bicycle. Mrs. Van Drunen nearly choked on her tea, but decided to mind her own business and waited for what was sure to be a spectacle.

The girl lay still as an abandoned doll. The boys ran to her.

“Oh, my God,” the Schulz boy, dazed, repeated as he circled the girl. He glanced at Mrs. Van Drunen, then looked away.

The door flew open and Miz Wernicke, wearing too-tight jeans and a halter top that was the same shade of red as her lipstick, marched out. She didn’t like the boys congregating in front of her house and had told them so, many times. She saw her daughter. “What the hell happened here? Which one of you did this?”

“She isn’t allowed on the sidewalk.”

“But Miz Wernicke,” another boy said, “that’s where she was. It was an accident.”

“You boys ride your bikes up and down this street and pay no attention to anything around you.” She wagged a finger at Danny’s face. He stepped back.

“She isn’t supposed to ride on the sidewalk. You said so yourself, but she did. It was an accident,” Danny said.

“Don’t you fucking tell me what I did or didn’t say.”

Mrs. Schulz came out of her house, which was next to the Wernickes’. Her ponytail bounced with each barefoot step, and the cuffs of her yoga pants grazed the grass as she crossed her neatly trimmed and uncluttered lawn.

“Your son did this.” Miz Wernicke wagged her finger at Mrs. Schulz, who swatted it away.

Miz Wernicke scowled, then whipped out a cell phone from her back pocket and dialed.

Mrs. Van Drunen watched from her porch, shaking her head at how much God’s name was being used in vain, and sipped her tea.

Minutes later, both an ambulance and a squad car drove into the cul-de-sac. The paramedics secured the girl onto a bright yellow board and whisked her and her mother away, but not before Miz Wernicke shrieked, “You’re going to pay for this!” Whatever else she had to say was muffled by the double doors on the ambulance.

The police questioned Danny, his friends, and his mother. The boy’s eyes kept sliding towards Mrs. Van Drunen. After giving their statements, the Schulzes retreated indoors while the two policemen crossed the street.

“Good afternoon, ma’am,” said the taller one who was too rude to remove his sunglasses.

Mrs. Van Drunen nodded, and waved at the empty wicker chairs on the porch.

“Thank you, ma’am. Did you see what happened?” asked the shorter one with thick sideburns. He took the seat closer to Mrs. Van Drunen.

She related the events as they occurred and concluded, “Then he ran her over like she was some sort of speed bump. But I don’t think he meant to do that.”

The policemen looked at each other. “Excuse me, ma’am,” Sunglasses said. “Did you say that he ran her over?”

Both officers jotted something in their notepads.

Mrs. Van Drunen said, “This isn’t the first time. When Miz Wernicke was learning to drive, she took the car by herself one night and ran over the family dog. He was an old one, that dog, deaf and blind, and was asleep on the sidewalk. Where were her parents? Indoors hosting a mahjongg game.”

Sideburns cleared his throat. “Would you say this was an accident?”

Sunglasses stood, followed by Sideburns. “Thank you for your time, ma’am.”

Mrs. Van Drunen nodded, and watched as the police officers stepped into their car and drove away. She sat on the porch and sipped her tea until she could no longer see the sun reflected on the cracked panes of the Wernickes’ dormer windows.

Barb Natividad’s work has appeared in Crack the Spine, the Wilderness House Literary Review, Center, and the North American Review. Barb holds an MFA in creative writing from The Ohio State University. She lives with her husband, two cats, and a dog.

Barb Natividad’s work has appeared in Crack the Spine, the Wilderness House Literary Review, Center, and the North American Review. Barb holds an MFA in creative writing from The Ohio State University. She lives with her husband, two cats, and a dog.