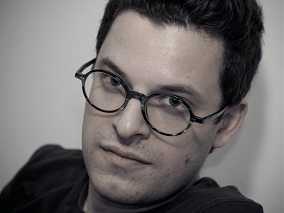 The kaleidoscopic qualities of the sounds of our surroundings—and the inherently musical nature those perennial vibrations around us—is something by which I have long been entranced. It wasn’t until about five years ago, however, when I moved to New York, that I decided to do something about it as a composer. From that point on, my work has been propelled largely by field recordings and concrete sounds: to explore “the great outdoors” within a traditional context of concert music.

Essentially, what I have tried to accomplish in recent years is the creation a type of music that is actually far more representational than it is abstract. What exactly does this entail, this idea of a Representational music? Does it imply a new kind of music, one that is able to transcend those traditional barricades of abstraction—behind which most concert music has been hiding from an engagement with the real world for centuries? More interestingly, might it also be related to the possible emergence of a new Avant-Garde movement, as characterized by the aesthetics and thinking of such figures as Kenneth Goldsmith, Tino Sehgal and Jaques Ranciere?

Directing the theories of Peter Bürger as a frame though which we might understand the nature of Avant-Gardism, the concept can be reduced to two rather simple points, as he articulates in his lengthy 2010 response to more three decades of critical analysis of his 1974 Theory of the Avant-Garde. “At the center of this constellation is an interpenetration of two principles: the attack on the institution of art and the revolutionizing of life as a whole. Both principles go hand in hand, indeed they mutually condition each other.”[1]

In many ways, John Cage would have been Bürger’s avant-garde composer par excellence. The privileging of all sounds, regardless of source, and the concomitant idea that every sound has an inherently musical quality is a perfect vehicle for Bürger’s two claims. In his Future of Music: CREDO (1937), Cage wrote that “Wherever we are, what we hear is mostly noise. When we ignore it, it disturbs us. When we listen to it, we find it fascinating. The sound of a truck at fifty miles per hour. Static Between the stations. Rain.” Indeed, he hoped that in the future composers might be able to use these sounds not merely as effects, but as instruments in their own right.[2] Fast forwarding to today, where, owing to software advances in the past decade, it is now possible to compose in the manner of which John Cage had once only dreamed about.

For just over one year, between Autumn 2011 and 2012, New York City had a series of tumultuous and traumatic events. My involvement with Occupy Wall Street from September 2011 onwards, and the impact of Hurricane Sandy in October 2012 were events too large to ignore. Thankfully, composing with concrete sounds allows one the possibility of engaging with life beyond abstract forms; of making artistic statements in music that go beyond simply what sounds beautiful, or that which is structurally pleasing.

My piece for organ and electronics, Boehner, Barack, Bloomberg, written over three weeks in February 2012, is a triptych portrait of the men who rule us. A play on the “Three B’s” of classical music (Bach, Beethoven and Brahms), the work was initially an attempt to convey a sonic portrait of the eviction of Zuccotti Park, and life, generally, in Michael Bloomberg’s New York. It grew to encompass representations of the other two politicians after experimenting with the organ in Saint Peter’s Church, and falling in love with its wavering and unsteady low foot pedals. The deepest pedal, a very low C, enters the work by way of a timbral fusion with sculpted recordings of both Slavoj Žižek and the late, great voice of Hollywood movie trailers, Don LaFontaine. This organ pedal note becomes integral in forming the structural markers as the piece progresses through its three parts. After its first instantiation, an augmentation of an eerie, inhuman voice, it returns after the music has undergone a lengthy transformation—passing through different variations of birdsong—after which we finally settle into a seashore scene, replete with seagulls and a creaking boat moored to a dock. The pedal note returns here in the form of a foghorn, and although nothing aurally has changed, either in terms of timbre or pitch, it has become something altogether different semantically. The music embarks upon yet another wholesale transformation, again after which the same low C pedal returns. This time, however, the tone is at an enormous volume with heavy distortion. We still recognize the sound for what it is yet the semantics of the final instantiation are now more ambiguous, more theatrical in nature. Through the simple deployment of just one utterly simple element in a changing context of concrete sounds, all number of new formal and aesthetic worlds are opened up to the listener.

In my string quartet, Venice, composed immediately after Hurricane Sandy, the focus was instead to create a narrative within the music; to demonstrate a culture so incapable of change that it preferred to destroy itself, rather than adapt. The piece starts with recordings I made from the Anthropology wing of the Museum of Natural History—with voiceovers about Ancient Humans, setting the scene, as it were. There is then a kind of flashback, where we visit, as listeners, some of the busiest places in New York: the George Washington Bridge and Grand Central Station. I used various software tools to take the raw field recordings and “translate” them into instrumental writing, but my musical intuition—which is to say free composition by ear—still plays an important role in the adaptation from recordings to instrumental representation. The scenes of life in the music are then interrupted by the ominous encroachment of a storm. The hurricane comes to life in the music, not in the Beethovenian sense, but in a much more literal depiction with sounds of rain, thunder, sirens, and at one moment in particular when the music proposes the image of a drowning swimmer, bobbing back and forth underneath the surface of a body of water until washing up on what might seem like a beach. We return to the museum at the end of the work, hearing the automated, multi-lingual closing announcements juxtaposed with sounds from the Oceans exhibit as the music fades away.

These brief analyses demonstrate only a superficial illustration of the immense scope of musical possibilities when composing with concrete and/or found sounds. The aesthetic terrain is a fertile one, upon which it would seem that new artistic and philosophical foundations are being created across a wide array of disciplines.

[1] Avant-Garde and Neo-Avant-Garde: An Attempt to Answer Certain Critics of Theory of the Avant-Garde, New Literary History, Volume 41, Number 4, Autumn 2010.

Alec Hall was born in Toronto in 1985 and currently lives in New York City, where he works with George Lewis in the doctoral program at Columbia University. His work is frequently performed throughout Europe and North America, with notable premieres by the Ensemble SurPlus, Ensemble Intercontemporain, the JACK Quartet, ICE and Talea, among others. He has won five prizes in the SOCAN competition for young composers and he was a finalist for the Jules Leger Prize in 2011. Principal teachers include Tristan Murail, Philippe Manoury and Fred Lerdahl, while he has also worked closely with Chaya Czernowin, Steven Takasugi, and Roger Reynolds. He is also the founder and co-director of Qubit, a non-profit organization in New York dedicated to presenting events highlighting new and experimental works with electronics. He holds additional degrees from UC San Diego and McGill University.