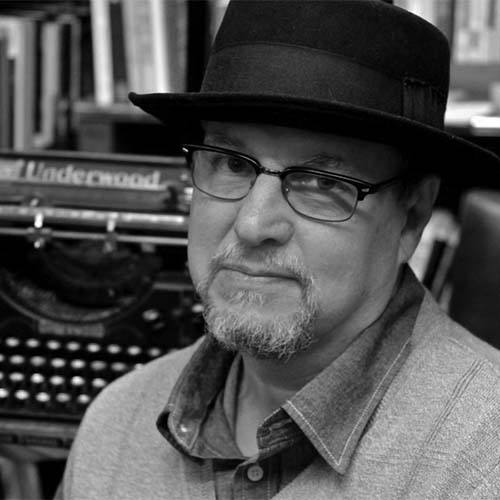 On the playground the other kids jumped and scuttled, pushed and pulled, leapt and climbed, gamboled for His clothes. I was other, the boy who ran with a stick up his ass, who lost every competition, who could not, COULD NOT, cross the monkey bars. I burned in shame, a candle growing uglier and more useless as it consumed itself. Lita ran like the airstream, bested the boys at every contest. She was beautiful, a diamond on the diamond. She friended me even in my craven otherness. I loved her the way the night loves the day, a secret love. Other little shavers punched and spit and sucked on burning grapevine. That playground—that era, the early 1960s—was rough on boys who were not rough. I was decidedly not rough, smooth like a bairn, and like a bairn I only wanted to be picked up and coddled. I had been at my best only once, on the teat, a mewling infant. Years have gone by since then. Years during which I became, against all odds, an adult, a man who walks around with a wallet and a set of keys. Yet, still, I am haunted by the young me, the one who could not do what everyone else did so easily. I became an adult who could not do what other adults do. Imagine that! I became the one who fails. I am the one who fails. This is what I told one of my therapists. It brought tears to my older eyes. The therapist, squinted and spoke: You have internalized your bullies; you believe them! So, no comfort from age, no shedding the things that one carries awkwardly, like a heavy appliance, the chains one forges in life. So, no comfort from the descent beckoning. Instead I wish for a Heaven where this fiddly body can be shed at last. Or I wish for a heaven where this body, O wispy tabernacle!, performs like an immaculate animal, where I run through pastures of plenty at speeds never previously even attempted. A heaven where I jump and bump and show feats of strength, chinning myself, perhaps, on the pearly gates. In this heaven I am as hardy as a monkey, a simple chimp who can cross the bars that bear his name, as easily as Noah sailed upon that ragged sea, as easily as Lot left his salty wife behind. I will be that then, a joiner-in, a member in good standing of the strapping simians, the guild of guilds, Monkeys in Heaven.

Corey Mesler has published in numerous journals and anthologies. He has published two novels, Talk: A Novel in Dialogue (2002) and We Are Billion–Year-Old Carbon (2006), a full length poetry collection, Some Identity Problems (2008), and a book of short stories, Listen: 29 Short Conversations (2009). He also had two novels released simultaneously, March 31, 2010: The Ballad of the Two Tom Mores (Bronx River Press) and Following Richard Brautigan (Livingston Press). He has also published a dozen chapbooks of both poetry and prose. He has been nominated for the Pushcart Prize numerous times, and two of his poems have been chosen for Garrison Keillor’s Writer’s Almanac. He also claims to have written, “Judy’s Turn to Cry.”  With his wife, he runs Burke’s Book Store, one of the country’s oldest (1875) and best independent bookstores. He can be found at coreymesler.com.

5 Replies to “Monkeys in Heaven”