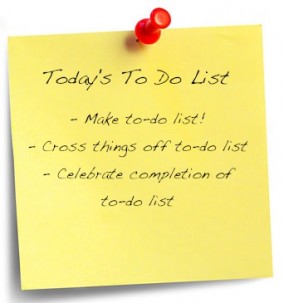 Some of my stories have interesting backstories, but in this case, I just heard Lily’s voice inside my head, her insistence that she was permanently in the right. I had to put it on paper. I drew the idea partly from a family story about a woman who threatened to kidnap her grandkids. One of the children was reading a book the grandmother deemed inappropriate, and evidently this lapse in parental judgment made a felony offense the only reasonable action.

At the same time I was developing To-Do, I was toying with hybrid methods of story-making, and while I’m not claiming that Lily’s to-do lists are an especially avant-garde technique, I felt that they mixed things up and transported us inside her perspective a little better than ordinary prose. I wanted to get across her meticulousness, even as the events of the story demonstrated how far she was in over her head, and I hope the lists accomplished that intent.

I attended college in the Pioneer Valley of western Massachusetts, near the area where Lily makes her life. I know those little towns and the way they lean against each other, bordered by winding roads and green spaces; I even delivered pizza in Chicopee. It was fun to revisit the area, especially since the revisiting took place from my sunny apartment in southern California. I’ve set other work in New England, and often the stories I write which find their homes in the Northeast are those with characters who are difficult or tightly wound. This may or may not have anything to do with how much I love living in the land of fruits and nuts, as my father calls it.

On my blog, The Fictator, I write a lot about the process of writing, and about all the vexed ways I either succeed or fail at this process. When I scrolled back through the winter of last year, when I wrote To-Do, to see what I’d had to say about writing it, I found only one relevant post. I remember this story coming out pretty easily, but I’m amazed it was that easy. I had a very clear idea of Lily, and I knew that the kids were going to be kids — unpredictable enough to wreck all her plans, and too vulnerable for her to cope with. I also knew that she was going to organize her life through these lists, because to-do lists are always how I get a handle on my life when I feel I can’t accomplish anything. The act of writing down an item like “shower” and then putting a black line through it after you’ve scrubbed yourself clean is so satisfying.

To-Do itself was an item on a list — a list of ideas and characters I wanted to explore. Exploding the sensation of an incomplete action item was part of how I kept myself inside Lily’s head while I wrote, and crossing through that character on my own internal to-do list made the whole endeavor worthwhile.

Katharine Coldiron’s work has appeared in Monkeybicycle, The Escapist, Role/Reboot, and elsewhere. She lives in California and blogs at The Fictator (http://fictator.blogspot.com).