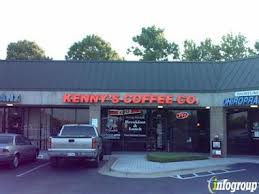 Kenny’s Coffee. For the past few months I have been trying to think of the name of that coffee shop in Round Rock, TX where I used to go on Sundays with my girlfriend who I never really liked, but stayed with for four years anyway. Kenny’s Coffee. That’s where we used to go. There was no coffee shop in Georgetown, which was where we went to college. This absence of a coffee shop was weird considering a section of that cow town was filled with college students needing a place to study. And there was only one bar in town, too. The townies drank at their houses, not wanting to spend the gas money driving from their farms into the town proper in order to get drunk. I suspect the cow town didn’t like that there was a Liberal Arts college in the middle of their pastures. Thus, the town did not cater to the college students. No coffee shop. One bar.

Girlfriend and I had to drive thirty minutes on the highway just to get to the next town over in order to sit at a coffee shop and study. This town was called Round Rock, and while it was not a cow town, it did have a disgusting urban sprawl characteristic to it. There was nothing to do in this suburb of Austin but shop at one of the many strip malls, or at one of the six Walmarts that was off of every highway exit. Sadly, I went to high school in Round Rock, went through four years of having nothing to do but play sports for my high school, which really meant that I sat the bench for both the basketball and softball teams, because I was not aggressive enough to play, which was due to that fact that I did not care if we won. Go Dragons. When girlfriend and I drove over to Round Rock it was during a very special time period in which the city had yet to build a Starbucks next to every single one of those six Walmarts. Though during this time in the early 2000’s there was one Starbucks that had wiggled its way into the shopping center with the Lowe’s and the Petco, which is not to be confused with the shopping center across the street with the Home Depot and the Petsmart. Girlfriend and I didn’t want to go to that Starbucks, because this was when we were anarchists and didn’t want to support a corporation.

So off to Kenny’s Coffee it was—one of the two independent coffee shops in Round Rock. The other one was The Main Street Cafe—which was more of a cafe than a coffee shop, and besides all of the high school students hung out there, trying to look mature with their lattes that they doused with sugar. I know this, because that’s what I did when I went to high school in Round Rock. So girlfriend and I went to Kenny’s Coffee. It was on the southern side of Round Rock, off of county road 1325. The coffee shop, like all businesses in Round Rock, was in a strip mall. This particular strip mall was across the street from one of the six Walmarts, and was next to the Target. In the Walmart strip mall across the street from Kenny’s was Indian Palace, an Indian buffet restaurant that girlfriend and I went to every Sunday after we were done studying for the day. All of our coffee shop Sundays ended by stuffing ourselves with saag paneer and fried cheese balls which were more like a dessert than a main course.

I remember how, like most coffee shops in a strip mall, Kenny’s was skinnier than it was wide. I do not remember if there actually was a person named Kenny who worked there/owned the place. What I do remember was the big rectangular table in the back next to the restroom that girlfriend and I would always sit at. Next to the heavy wood table was a silver trashcan with a swivel lid, which isn’t really an important detail, but I cannot forget how I passed by that trashcan quite often as I went to the bathroom on Sunday mornings in order to puke due to my hangover. Girlfriend that I didn’t really like did not like the amount that I drank, so I always had to hide my hangovers from her.

What I remember most about Kenny’s is not the red walls or the weird swirly art, but the Indian Palace that was across the street from it and next to one of the six Walmarts. Indian Palace was also next to Souper! Salad! This was the same Souper! Salad! I went to with my first girlfriend when I was in high school. It was also in this Super! Salad! that first girlfriend and I tried to make out in its restroom, but two moms and their daughters came into the restroom and the girls had to pee, real bad. First girlfriend and I were occupying the one stall in the restroom, so we exited out of it with our heads down—her’s being shaved—and flaring red cheeks hot with embarrassment.

That was the Super! Salad! the Indian Palace was next to. It was also in the same shopping center as the Petsmart I was hired at when I was in high school, but quit before my first day, because working there would have conflicted with my basketball schedule. Instead, I got a job at the Target across the street, which is where I met the older woman I would grow an overwhelming crush on, and when she stopped talking to me two years later, I would attempt suicide for the first time because I thought I couldn’t live without her. Four years after all of that, and girlfriend I didn’t like and I frequented that shopping center next to the Target in order to go to Kenny’s every Sunday morning to study until we stuffed ourselves on all-you-can-eat saag paneer.

That is what it is like to live in the same Texas town for ten years. Every exit off of the highway has a story, every coffee shop is one in which you have spent way too much time at, because there’s nowhere else to get coffee at in this Texas town.

Kenny’s eventually closed down, and so girlfriend and I had to find another coffee shop. Thirteen miles down the highway in the Wells Branch neighborhood, we found a coffee shop in the middle of some other strip mall. I do not remember the name of it, but I do remember that I somehow found out one of my professors lived in that area. She was a professor with short hair who I always suspected was gay, though she claimed to have been married to a guy whose name was, get this, Guy. I didn’t believe that. So when girlfriend and I found this new coffee shop, I remember hoping to find suspected-lesbian professor there with a real butch of a girlfriend. I never did.

One thing that did happen at that coffee shop was when one of the baristas sat down next to girlfriend and I and showed me pictures of his friend on Myspace who had just died of a heroin overdose. It should be noted that I did not know this barista, that I had only seen him from the handful of times that girlfriend and I had come to this coffee shop. I nervously laughed throughout the whole interaction, and when barista finally went back to the counter, girlfriend pointed out to me that I always laughed in uncomfortable situations. It was just one of the many things she would nag on me about, which is perhaps why I never really liked her. Though, like my unhealthy drinking habits, she was also right about this personality quirk, and from then on I became extremely paranoid about laughing at inappropriate times.

Two years later and I’m still with girlfriend I don’t really like, only this time we are living in an actually city. We’re in Chicago and one day we walk to a new coffee shop that just opened up, and because it was winter, and because girlfriend didn’t see the ice on the sidewalk, she slipped and landed on her ass. I laughed. I stood there laughing at her as she cried about her hurt ass. I eventually stopped laughing to help her up, and then we walked in silence for another mile to get to the new coffee shop. When we got there, it was too packed to sit anywhere, and so we carefully walked back on the slippery sidewalks. And although girlfriend was a super-smart philosopher, she had her own dumbass traits, such as slipping on the exact same spot of ice on our walk back home. And again, I laughed. After we got home and after girlfriend stopped yelling at me for laughing at her, twice, we went into our separate offices in our apartment to study, to drink coffee, and to avoid each other because other than being coffee shop pals, we never really wanted to hang out together.

It was obvious that we didn’t really like each other, but girlfriend and I had become accustomed to having a study buddy at a coffee shop, so we didn’t break up for another two years. When we finally broke up it was because we had finally made friends, found people we actually liked who would keep us company at a coffee shop. With those new coffee shop comrades, we didn’t need each other.

It is imperative to note that girlfriend I didn’t really like did teach me one thing, that thing being that I laughed at inappropriate times. I eventually taught myself to stop laughing at awkward situations. Evidence of this is that I did not laugh during our break up fight, but instead stoically walked out of the apartment and headed to a coffee shop in order to look at the “roommate needed” ads posted on the bulletin board.

Chelsey Clammer received her MA in Women’s Studies from Loyola University Chicago. She has been published in THIS, The Rumpus, Atticus Review, Sleet, The Coachella Review and Make/shift among many others. She received the Nonfiction Editor’s Pick Award 2012 from both Revolution House and Cobalt, as well as a Pushcart Prize nomination. She is currently finishing up a collection of essays about finding the concept of home in the body, as well as a memoir about sexuality and mental illness. You can read more of her writing at: www.chelseyclammer.com.