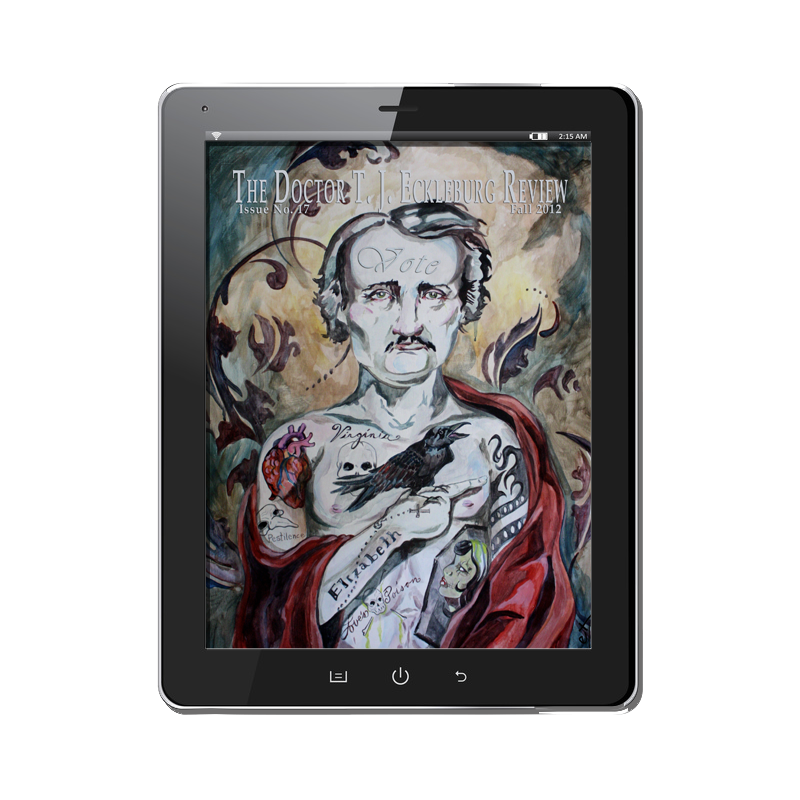 Sweet baby bones, yeast inflating, goose-
gone-southward, miss just-about-to-blow,
don’t you tire of the way one deskbound
day sags into the next? Wouldn’t you
just kill for a hotel year? The swept-up blur
of towels propped as lotus flowers, mints
pressed in the pillow’s saturnine eye?
This isn’t a metaphor where you equal
Eurydice & I equal Orpheus. I won’t sing
to you because, hell, I can’t sing, & look,
I’m not saying I’ll own you forever; if we run
the numbers biblically, a day could
mean anything from a moment to a lifetime,
so if we’re going to be gods tonight, let’s
make something that echoes like organs,
cuts like fear, & swallows like fire; let’s tear
it all down just to say it was worth it.