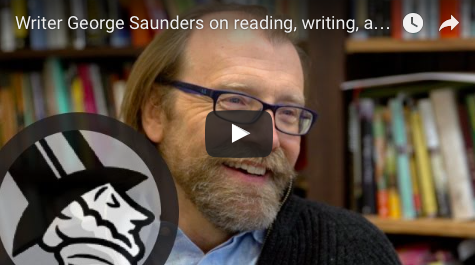 I was born in Amarillo, Texas, grew up in Chicago, and (barely) graduated from the Colorado School of Mines with a degree in exploration geophysics.  There was an oil-boom on, which meant that even someone like me could get work in the oil-fields.  So after college I went to work in Sumatra, as a field geophysicist.  We worked four weeks on and two weeks off, in a jungle camp that was a forty-minute helicopter ride to the nearest town – so this is when my reading life really started.  The game became filling up an entire suitcase with books sufficient to get me through the next two weeks of camp life.  About a year and a half at this job, I got sick after going swimming in a river that was polluted with monkey shit (I remember looking up at about 200 of them, sitting on our oil pipeline crapping away, and thinking: “I wonder if swimming here is okay?”) and came home to try and be Kerouac II.  I worked as a doorman, a roofer, a convenience store clerk, and a slaughterhouse worker (a “knuckle-puller,” to be exact), and all of this contributed to my understanding of capitalism as a benign-looking thing that, as Terry Eagleton says, “plunders the sensuality of the body.”

I’d always been interested in reading, ever since a nun I was secretly in love with turned me on to “Johnny Tremaine” in third grade.  But I’d never met a writer and so it took me awhile to realize that a person could actually write for a living.

In 1986, at a wild party in Amarillo, Texas, I found a copy of People Magazine in which Jay McInernry and Raymond Carver were profiled.  Before this, I’d never heard of an MFA program.  I applied to Syracuse, got in, and had the great good fortune of studying there with Tobias Wolff and Douglas Unger.  I also met my future wife, Paula Redick there, and we got engaged in three weeks, which I believe is still a program record.  Paula got pregnant on the honeymoon, went into early labor at four months, and had to go on total bedrest.  Our first daughter, Caitlin, was born in 1988.  Our second daughter, Alena, was born in 1990, by the same method: five months of bedrest.  So we had two daughters before we’d known each other three years, and it was off to the races.

We had no money and so I worked as a tech writer, first for a pharmaceutical company and then for an environmental engineering company.  During this period (1989-1995), I wrote three abortive first books and then an actual one, “CivilWarLand in Bad Decline.”  One of the stories from this book, “Offloading for Mrs. Schwartz,” ran in The New Yorker in 1992 – the beginning of a long and fruitful relationship with that magazine.

Since 1996 I’ve taught in the Syracuse MFA program, where I’ve had the privilege of teaching some of the most remarkable young American writers of the last 15 years.  I write short stories for The New Yorker and travel pieces for GQ.  The latter have been part of an attempt to avoid the mental rictus that comes with old age.  I’ve traveled to Africa with Bill Clinton, reported on Nepal’s “Buddha Boy,” gone on patrol with the “Minute Men” on the Mexican border, spent a week in the theme hotels of Dubai, and lived incognito in a homeless tent city in Fresno, California.

In addition to my new book, “Tenth of December,” I’ve written three other short story collections “Pastoralia,” “CivilWarLand in Bad Decline” (both New York Times Notable Books) and, most recently, “In Persuasion Nation.”  “CivilWarLand in Bad Decline” was a Finalist for the PEN/Hemingway Award.  “In Persuasion Nation” was one of three finalists for the 2006 STORY Prize for best short story collection of the year.  I’ve also written a novella-length illustrated fable, “The Brief and Frightening Reign of Phil” the New York Times bestselling children’s book, “The Very Persistent Gappers of Frip,” illustrated by Lane Smith, (which has won major children’s literature prizes in Italy and the Netherlands), and, most recently, a book of essays, “The Braindead Megaphone.”

I’ve also written two screenplays (one of which is in development with Ben Stiller’s company, Red Hour Films) and have collaborated with the playwright Seth Bockley on stage adaptations of two of my stories, “Jon,” and “CommComm.”  The director Yehuda Duenyas staged “Pastoralia,” at PS 122, and a musical version of “The Very Persistent Gappers of Frip,” was produced and performed in Austin and Los Angeles.

I’ve read at hundreds of bookstores and universities, including the main reading at AWP in 2011, to a crowd of 2000, and events in support of the work of PEN/ACLU at the Sundance Film Festival and Cooper Union.  I’ve also read and taught in Russia, Belize, England, Amsterdam, Italy, and this summer will be a Writer in Residence at DISQUIET, in Portugal.

In 2001, I was selected by Entertainment Weekly as one of the 100 top most creative people in entertainment, and by The New Yorker in 2002 as one of the best writers 40 and under.  In 2006, I was awarded both a Guggenheim Fellowship and a MacArthur Fellowship.  In 2009 I received an Academy Award from the American Academy of Arts and Letters.  I still teach at Syracuse, and live in the Catskills. Read More