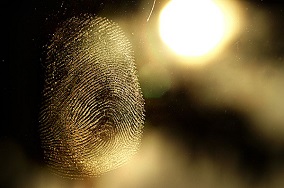 The woman in charge of fingerprinting my coworkers and me peered at my finger pads. Too dry, she said, and rubbed a clear substance on my hands. Then she led me to a small machine, a scanner, and placed the fingers of my right hand, just so, on a screen. She shook her head once. Then twice. The prints are too shallow, she said.

If I don’t have fingerprints, does it mean I don’t exist?

I felt most nonexistent in my early twenties, when it seemed the world had eaten me. I dissipated with each rent check, loan payment, electric bill. The empty parking space one morning where my old Pontiac was supposed to be. But wasn’t.

T Fleischmann’s book-length essay, Syzygy, Beauty, isn’t about being stretched thin by money. The speaker is transient, free of material attachments. Instead, T is made nearly vaporous by longing and love.

Where have I been? Listen, I have been diffused by clouds, by everyone who has touched me …

A mistake had been made. My employer had hired someone whose fingers, years earlier in another state, were found by a court to have inappropriately touched a person, a young woman. My employer did not want to make the same error again. All of the employees were told to get fingerprinted.

A few weeks after the fingerprinting, a mistake with the mechanics of a lawn mower left a blood blister on my fourth finger, right hand. The black spot, the pinch, carries the continuity of the finger’s print. Through blackness, blacker lines curve like rivulets, like a terraced hillside. The pattern of combed hair on top of my daughter’s dark head.

Walking the other day down a small country road, I thought about Fleischmann’s book. If fingers are so powerful, what about the other parts of our bodies that touch the world? Were my feet at that moment diffusing into pavement, the hairs on my head into the newly emerged maple leaves?

When I saw two white horses in a field, I held up my thumb to see if I could blot the horses out. I could. They were just far enough away that I could make them disappear. But it felt all wrong. When I withdrew my thumb, the horses’ heads were raised and the animals looked in my direction. Recognition.

The thumb in the air would have looked to anyone else like a thumb’s up, an affirmation – not deletion.

Perhaps it’s too much to make an observation about the patch of skin stretched over a swell of blood, but the elasticity of skin, its knack for preservation of pattern even when damaged: there’s a resilience that reminds me of how we keep moving even when the world has rendered us invisible.

Touch is the conclusion of sight … To see an object, to consider its surface and texture, is to ignore all else.

I’ve been married twelve years. I won’t write much about it. Ink is not permanent enough for what I want and need this love to be. Perhaps Fleischmann could write of longing because love had come to an end. Longing often begins with an end.

I can’t and don’t want to know the end of love. But today I am enlarged when my husband’s fingers find me. When my daughter takes my hand. When my other daughter plays with my hair. It wasn’t always so. When the girls were babies and attached to my breasts, there were days I felt my soul disappear with the milk into their mouths. I couldn’t bear to be touched by anyone else because there was nothing left to give. Now, though, the pavement, the leaves, the horses, my husband, my daughters – we hold pieces of each other through sight and touch, all of us richer, fuller, rounder with the fingerprints of others on our skin.