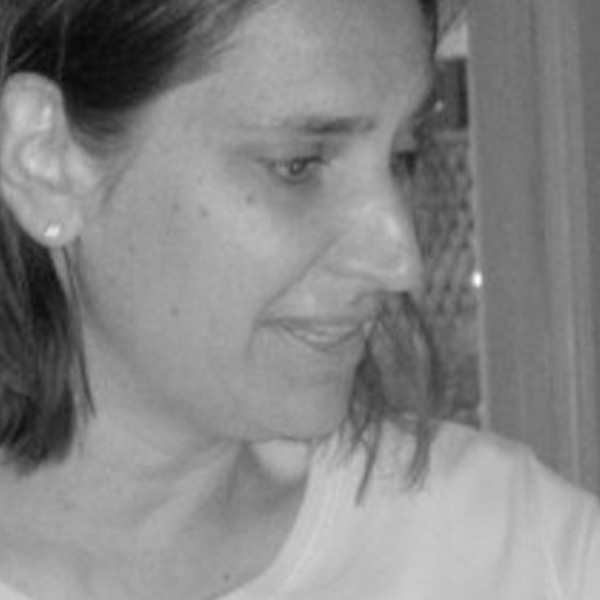 So I’m hanging in there. Keeping it real, trying to let Juvenal be Juvenal, but it’s not so easy sometimes. I call my agent, Sapphire, and she tells me about million dollar deals for cell phone novels. She says she is trying to paint me a picture and the picture is: brevity sells.

I want to say: you gotta be kidding me. You’re talking to the guy who invented pith! I get off the phone and start reading this most-emailed New York Times article about how boring gay weddings are. Two thousand years ago I said that gay weddings suck! I tell you truly, had I been invited to Barney Frank’s wedding I wouldn’t have gone. You think they had strippers and pigeon? Trust me, they didn’t.

So today’s the day Marcellus is coming in from the coast. I’m living in Omaha now, which I can tell you is not so bad once you’ve had enough of dog-eat-dog shitholes overrun by ambitious Greeks. Still, I find myself pacing around the condo, looking at the clock every ten minutes, wondering if Marcellus’s plane was delayed. Finally, he calls. He got in on time but stopped to do some hot yoga on his way. Marcellus has this app that reviews all the yoga and bikram studios. I try to sound cool, like I haven’t been just waiting around all day.

Finally, his car drives up and he’s ringing the doorbell. He’s carrying his Louis Vuitton duffel bag, his yoga bag and water bottle, but he’s wearing a toga. A nice gesture. The last time I saw Marcellus he was in L.A. wearing this John Varvatos suit that was stretched so tight across his groin that I could only think: design flaw, skin rash, and Marcellus is looking hot.

So I’m like, “Hey, Marcellus, come in. Take a load off. Can I get you something?” It’s only four but I’m drinking a glass of wine to kind of slow down the pacing.

He’s like, “No thanks. I’ll just have some water, unless you’ve got some Kombucha.” I wander over to the liquor cabinet where I know there’s just two ancient bottles of Amaretto and Crème de Menthe and pretend to look around.

Marcellus smirks. “It would be in the refrigerator…you know, the live cultures.”

He starts blathering away. God forgive him but he’s always been a bit of a name dropper. Cicero once mentioned reading one of his poems and did anyone ever hear the fucking end of it? Now, he’s going on and on about meeting Steve Martin and Larry David and telling me the witty things Martin said about his art collection and David said about his old Land Rover as if these were off-the-cuff comments made just for him.

I look at Marcellus and if my eyebrows could speak they’d be saying: Sure, Martin and David sound vaguely amusing, but I’m funny. In hexameter.

So then Marcellus is like, Oh yeah, I’m supposed to ask Juvenal about his crummy day.

I tell him what Sapphire said about brevity, and that I’m going back over my best stuff from The Sixteen Satires, and, good news, I think at least twelve of them can work. Most can go into a single sentence like, “Women are whores, especially the rich or smart ones, and if you don’t get married, you can live like a god on earth.” I’ve looked at the others and it seems like I’ve got the whole premise for a reality show—you know women who suck, gays who suck, children who suck, parents who suck, know-it-all Greeks who suck, flight attendants who suck. Each week a whole new thing with maybe Alec Baldwin weighing in. And Marcellus is looking at me like…well, maybe.

So I ask him how long he’s here and when does he have to get back to L.A.

Marcellus has this look like, you poor bastard, buckle your seatbelt. “I’m actually not going back. They’ve put me on this thing…just trying me out.”

“Yeah, I’m going to be doing a little writing. Tweaking some scripts, and I’m moving to Seattle.”

Seattle…  Then it hits me! “They’re putting you on Sushi Kings of Seattle”? Oh my God. That is so white hot.

Marcellus nods and gives me a little smile. “Yeah, kind of unbelievable, right?”

It wasn’t like I wasn’t feeling pretty low even before Marcellus came over. For months, like a fool, I had been sort of counting on one of those MacArthur-Fellowship-Genius-Grants to solve a few problems. A 100,000 per annum could go pretty far in Omaha, and as someone who had shaped Western culture for two millennia I had to be a shoo in. Then I read the fine print. Fellowships are for five years only—then nada! You don’t need to tell me the world is full of cheap fucking bastards, but really? Why not just corral the creators of western civilization into a “waiting area” and watch them grovel for Starbucks gift cards?

Life is about the present. But more and more, I find myself living in the past. I think about my god-fearing grandparents who honored the gods 365 days a year, even the little ones the neighbors couldn’t remember the names of. Sometimes I can almost taste the gritty farina my mother made that was so not-from-instant. And I wonder, what if everyone gets just one moment, one idea to make a life with?

It seems like just yesterday I was run out of Rome—a blessing really, the take-out Indian was the only thing keeping me in that rattrap. I had been caught napping, out of the loop, made one little comment about Flavius’s infatuation with goatherds, thinking Flavius was still just Domitian’s sommelier, when baddabing, I’m banished to Carthage. Anyhoo, it wasn’t so bad in Carthage. I was fifty feeling forty-two; drinking just a half a cask a day, running four miles every morning, sleeping through the night without getting up to pee.

So one evening as I was heading for the tapas bar, I see this beggar who has lost half his face to leprosy and is clearly out of his mind because he’s got this sign up, wishing everyone a blessed day and offering a free massage to anyone who’d give him a drachma, and I thought, I’ve got it, something universal, something true: “It’s better to be healthy and rich than sick and poor.” But then, whammo, it hit me. One of those god-awful Athenian math whizzes had probably gotten there first.

And you know, I almost gave up right then and there. But something told me, “No, Juvenal, you’re too close.” I looked at the beggar again and I thought about me, about how I had nineteen patrons, and how I could tell you the names of all of their nieces, nephews, and grandchildren, even though a hundred of them were called Tertius, and then it came to me: swap in sound mind for rich, and you’ve got it. Like magic you started seeing “sound mind in a sound body” chiseled everywhere. In marble. But I gotta say, it doesn’t always feel that way.

I wake up this morning, and it’s a new day. Marcellus is supposed to stop by to say goodbye before leaving for Seattle, but I’m not even thinking about that. I’m still in my running gear, and I’m drinking orange juice, and watching Nicki Minaj’s “Starship” video again on you tube.  405,854 people have said they like it, and like it they should. It’s not the singing or the lyrics—Minaj just keeps saying over and over something about how she’s a starship who was meant to fly, but the dancing!  Minaj is on a beach, dancing but sometimes rolling in the sand too. Her thighs are enormous and supple and covered with this phosphorescent orange sand. It’s hard to tell if she’s filmed in slow motion or if she’s undulating like a boa constrictor all by herself.

Maybe like me you’ve heard the word “bootylicious” but aren’t sure exactly what it means, and I’m thinking: is this it? Nicki reaches her arms up, way up, while her thighs keep churning and burning beneath her, and I understand that Nicki’s saying something important with her thighs; I just can’t put it into words. I bring my pad to the table and replay the video again and start taking a stab at it.

When Marcellus rings the doorbell, I think: you should put the pad away and say, “So long, Marcellus; see you in Seattle.” But no, I start telling him about Nicki Minaj. I barely get a word in before he’s fiddling with the zipper on his fleece and scanning the mail on my counter. So I ask him: have you seen her thighs? He looks at me like, wow, a couple of hundred years ago you wouldn’t have looked twice at her or her thighs. He ruffles my hair and says, “Oh, Juvi, this isn’t you; this isn’t really your thing.” And I tell him that he hasn’t known from the real me. Not for ages.

Katherine Spurlock has a PhD in English from the University of Virginia, has taught writing and literature to high school and college students, and lives in Bethesda, Maryland. Her essay “War and Peace: the Ultimate Guilt Trip for Readers of Anything Else” appeared in the 2012 edition of Kugelmass.

Katherine Spurlock has a PhD in English from the University of Virginia, has taught writing and literature to high school and college students, and lives in Bethesda, Maryland. Her essay “War and Peace: the Ultimate Guilt Trip for Readers of Anything Else” appeared in the 2012 edition of Kugelmass.

One Reply to “Juvenal Loves Nicki”