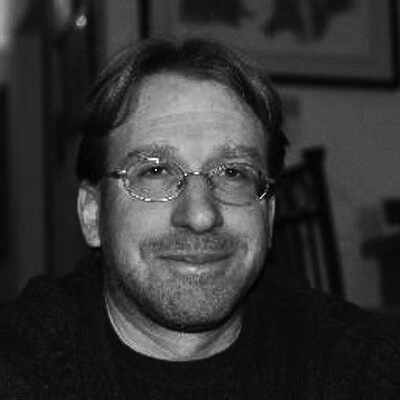 Claudine falls back on the bed and thinks about her lies. Not all of them — just the big ones. Starting with Thursday night out with the girls. I’m young, she’d told John a few months after they’d gotten married. Those two words — I’m young — virtually guaranteed that she would win the argument, so long as they weren’t talking about money. Claudine never won an argument that involved their finances, so she had stopped trying. John gave her everything she needed, more or less.

I’m young. I can’t just sit around the house and watch the History Channel. A night at the opera is not my idea of a good time. I need to GO OUT. I need to HAVE FUN.

So John had sighed the sigh she had grown to hate, that exhalation that meant he had given up, and Thursday night with the girls had been birthed.

The shower turns on in the bathroom. This one had told her his name and she had forgotten it immediately. Sometimes when that happens, Claudine goes through the guy’s wallet. She rifles through credit cards and checks for pictures of wives and children.

Claudine hears him singing over the water crashing down into the tub. Son of a Preacher Man, she thinks. Interesting choice. Not a bad one, just interesting. It took him a long time to turn the water on. Claudine figures that he was staring at himself in the mirror, either basking in the glow of having anonymous sex with a beautiful woman or cursing himself out for ruining some relationship or another through his impulsive actions. This one was singing, so probably the first option.

She didn’t feel too sorry for those guys who regretted their actions. There is always plenty of time to back out. First contact is made through the internet, usually with someone who found her Craigslist ad. They agree to meet somewhere on a Thursday night. The guy is responsible for picking a restaurant and making a hotel reservation. Plenty of time to back out.

Claudine has girlfriends, of course. But they’re all married now and some have kids and going out on Thursday night was one of the first casualties, lying dead on this battlefield long before she married John. She still meets her friends for lunch, or more frequently, far more alarmingly, breakfast. They sit and gossip and pretend that they are still young, that they still have anything in common.

They don’t talk about what she does on Thursday nights. The pre—nup is quite clear that adultery will invalidate all claims to his money. Claudine decided she didn’t care. Money will come — it always has. As with every major decision in her life, Claudine made two columns on a piece of paper and listed the pros and cons. She doesn’t remember which talk show told her to do that so many years ago. Losing John’s money was one of only three cons. The pro column had fifteen items. Claudine knew that getting caught was one of the likely consequences of her actions, and after a great deal of thought she placed that in the pro column.

That was a year and a half ago. She decided to cheat on John as she was planning his sixtieth birthday party. Trey hadn’t turned 16 yet. Claudine had not yet fallen in love with her stepson.

Being in love with Trey had not really been a contest on the spreadsheet — 4 pros, 12 cons, including 3 that could bring criminal charges. By contrast, her decision to marry John had been a much closer game — 4 to 3 for the pros.

There are some rules to her Thursday nights. She arranges for the guys to wear something obvious, something she can spot from across the room, and if she doesn’t like the look of them from a distance, then they never get to see her. She turns around and leaves, just heads to one of the clubs she used to frequent, to dance and reject offers of drinks for a couple hours before going home. The guy must be polite. If at any moment during the evening, he treats her like a prostitute, they’re done. This is about sex, but for her, not him. But the most important rule, the one she insists on, is that the guy be exactly her age. Right now, 29. Most of them lie to her — they might be 30 or 28 — but it has to be a believable lie. Claudine has to look at them and think 29. Not 61, not 17. 29.

The shower turns off. He is still singing. The same song. And he only seems to know the chorus, so he’s been belting out the same three lines for about ten minutes now. Claudine finds that endearing. She likes this one. The first time had been quick, but gentle. She thought maybe that was going to be it, that this one was a bust for her, but then, after recovering his breath, his hands had started to explore her body, retracing his initial desperate hasty steps, and then she knew that this wouldn’t be a wasted night.

Every Wednesday, John takes his Viagra. They have never talked about it, but then again they make very few decisions jointly. Sometime between 10 p.m. and 11 p.m., while she watches a Law and Order rerun, he wanders out of the bedroom with a bulge in his pants and she pauses the TiVo. Lately, Claudine has taken to teasing him — stripping slowly out of her clothes, forcing him to go down on her first, kissing his stomach rather than taking him in her mouth — letting minute after minute after minute stretch on. What she does is undeniably sexy, exactly what he should want from his young attractive wife, but Claudine understands the mechanics of Viagra and knows that every moment that passes without relief leads to more pain than pleasure.

On Wednesdays, after she has drawn out the foreplay as long as possible, Claudine lays face down on the bed and thinks about Trey.

But now it is Thursday. A different room, a different bed. They kicked all the covers onto the floor. She alone adorns the mattress, naked and undeniable. Good Thursdays, like this one, end this way. The guy thinks they are done and she draws him back in. Just one more time. How can he say no? They never do.

Maybe next Wednesday she’ll think of this guy as she stares into John’s pillow and braces her hands against the bedroom wall.

This one comes out of the bathroom wearing only a towel. He looks sleepy, satisfied. This one has nowhere else he needs to be.

Come back to bed, she says.

He drops the towel.

They both look toward their cell phones, instinct. But it is the hotel room phone that rings again with a retro jangling that is either ironic or cheap. Claudine sees the guy clearly now. She was wrong; he does have somewhere else he should be. A third ring — he flinches.

Neither of them answer the phone. And it rings a fourth, a fifth time before falling silent again. Neither of them move. After a few moments, the red light on the phone flashes to life, blinking accusingly.

When his cell phone rings — Boulevard of Broken Dreams by Green Day — she knows that it is not John who left a message on that hotel phone. This guy is already getting dressed. The ring tone continues. Claudine likes the song and is a bit disappointed when he hits Ignore, cutting it short.

She knew that already. He no longer looks at her, though she’s made no move toward her own clothing. Whatever power Claudine had over him is gone. That is inevitable — it happens every Thursday and always leaves her feeling the loss.

Dressed now, he pauses at the doorway. This one is polite. He knows he should say something in this situation, some protocol to be followed. But he can’t find any words and leaves her alone there in the room, naked on the bed, with only his silence as company.

It is early still. Only 11:30. Claudine will take a shower before she leaves. She may take a short nap as well. The room is paid for the night, after all. On his credit card — a trail he will soon be trying to explain. And someday, she will have her own explaining to do, her own trail, emails mainly, but enough to brand her guilty.

But first, she picks up the phone and presses the button to retrieve messages.

Colby, is this you? Are you there, Colby?

The trembling voice inside the phone sounds young, a few years short of 29, and Claudine realizes that the guy lied to her about his age as well.

Claudine unfolds herself, stretching out her long legs that had unconsciously been drawn into her stomach for a moment. Walking toward the bathroom, she starts to compose her lies for the evening.