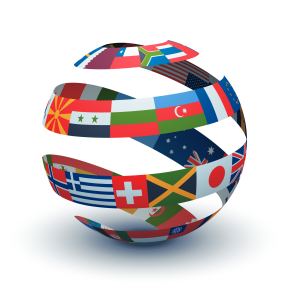 The Doctor T.J. Eckleburg Review published Linda Kalaj’s translation of five poems by Saša Perugini. Below, she writes how the craft of translation is more than just Literary Recycling.

Every creative work begins in that space where intangible facets such as the imagination, sub-conscious or creative spirit reside. Writing thus becomes the articulation of these intangible facets. And their life-force is transferred onto paper and into the hands of the reader. But how does this tangibility affect the translator?  After all, any specific work that sits in front of the translator is tangible — literally, intellectually, and emotionally — only because the translator can read its original text. How does the translator capture the figurative essence and literal facets of the work? Certainly, Blanchot’s comment — “Translation is madness” — has a certain amount of credibility. When working on a translation of poetry from its original language, in this case, from the Italian to English, the tangibility of the poetry, is obviously, only accessible to the reader that speaks the language. So, where does this leave the translator and how does the translator capture the essence of the work, translate the work, and escape the notion of what I superficially refer to as Literary Recycling?

When translating poetry, the tangibility is initially literal, as it is on my desk, on the screen, in front of me, and so on. But it still exists in its original form, its original language. As I read and process the work, I must play with words, feelings, interpretations, my own experiences, reflections, or thoughts so that I can reproduce the work with minimal alteration (or, minimal Literary Recycling).  The work is not directly transferred from its direct source (the author) to the page, but rather becomes channeled through the translator: the translator is left with a tangible poem which becomes intangible in the mind of the translator until the tangibility is reproduced by the translator in his or her language of choice.

What I had not known or anticipated in my initial translation of poetry from Italian to English was how challenging it would become. As with any language, there are words or phrases that simply cannot be translated, as they are aspects of the language directly tied to dialect or culture or tradition. For example, there are words in Italian that rhyme or play off one another, but once translated into English, reveal far from what they do in their mother tongue. This, in part, always causes me to drown in my own thoughts about the relation between language and words and their meaning within a larger context.

And, often, while drowning in these new-found thoughts, just as I’m about to come up for air, I am weighed down again by the larger than life dual language dictionary and thesaurus sitting on my desk. In these books, I always discover the application of fundamental language basics and, at the same time, a new-found respect that arises for the daunting task of those who have translated poetry. Translating has a way of causing one to undermine all that one does. Perhaps, it is part of the challenge as well as the reward.

For me, the most important task in translating any work is to capture its essence, and this is even more so with poetry, because one has to substitute the space in which words cannot.  This is not to set up my own contradiction. I still recognize and believe there are components in which facets of one’s work cannot be translated. But it is to say that this is part of the translator’s most difficult duty: when a word or aphorism or alliteration specific to a particular language and its culture cannot be translated, where does that leave us? Our option and, perhaps, even duty at that point is to capture the essence of what is being said to the best of our ability. The ultimate gratification is to know that the work’s sentiment remains the same and only the words change. I have asked myself: Should someone be translating my own work, what would be essential?  I would expect the feeling and life source of my piece to be captured and come across the page. In the case of Saša Perugini’s poems, each time I walked away from her text, I returned with a different set of eyes and found myself saying: no, this word isn’t enough or this could work better or Linda, what the hell were you thinking? While I may often feel there is still room for playing with words and meaning, I also seem to believe these feelings can be endless and, recalling Blanchot, obsessively crazy making. Open to discussion or debate will always be: when, if ever, does one feel completely content that the translation is flawless? Much like many artists, I ask, as a writer, does one ever truly feel as if their work is complete, that it exists in a perfect space or form, or once concluded, never looked at again without wanting to change something? Of this, I am unsure. With translated works, perhaps the original author is the final judge.

The triumph, for me, as a writer and translator, is that someone has entrusted me with their work. I have been assigned to uphold and protect the emotion and integrity of the work. The original author, to some degree, has relinquished what once stemmed from the intangibility of their imagination, produced in their tangible poem, to continue through the process that becomes intangible in the mind of the translator only to become tangible once again in a language other than its own.

Within my own creative work, I would like to believe that what remains consistent and ties one genre to another is the importance of conveying the deeper elements of the human condition and evoking the deeper senses of our existence, and so I keep this philosophy at the forefront of my mind when translating. This means if I can uphold this philosophy as a foundation, even in translation, then I am also allowing elements of the work to be awakened without limit to their true shape and form. Perhaps then, a virgin-like form of translation can take place without constraints, whereby the reader’s experience can also exist within a realm free of constraints: where one can identify, connect and process the poetry through the figurative and literal transference of the human condition. Thus, translation can allow both emotion and intellect to be examined in a different way, where the story of the poem is an echo of the reader’s sentiment rather than a replication of the author’s.

Linda Kalaj resides in southern California, born to parents emigrating from Montenegro and raised between the United States and Lago Maggiore in northern Italy. She holds an MFA in Creative Writing from Chapman University and BA in Government with a focus in International Relations and minor in Creative Writing from St. John’s University. Her work, both fiction short story and translation, have appeared with Sequoya Literary Magazine, Simply Shorts Review, and Aldus, a Journal of Translation.