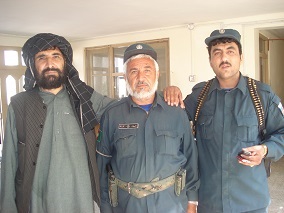 The 2014 winter movie season kicked off with the much-hyped, Mark Wahlberg-produced blockbuster “The Lone Survivor,” the true story of four Navy SEALs sent on a disastrous reconnaissance mission of Taliban leader Ahmad Shah. The film’s release met a flurry of commentary, but much of it wasn’t your standard movie-review fare, such as cinematography comparisons, acting chops observations, or musings on Wahlberg’s rendition of his character’s South Texas vernacular. No, most reviews couldn’t resist the kind of charged political debate only a war movie can generate. Some, for example, practically eulogized the film as a beautiful expression of selfless heroism. Others rejected the training montages and the use of pre-mission love letters as a cheap ploy to simplify and endear our doomed protagonists. Still others rejected the endearment itself as unworthy given the (in)justice of the American SEALs’ very presence on that ridge in southern Afghanistan. This brand of appraisal is unique to the war movie review.

Of course, since few endeavors inflame such passions as the state-sanctioned taking of human life, the range of reactions to a film like “The Lone Survivor” can be understood. What is hard to understand, though, is how so many reviews missed a critical element of the film—an element on which “The Lone Survivor”-is-just-a-film viewpoint and the political commentary both hinge—that Wahlberg’s Marcus Luttrell, the lone survivor, wasn’t alone at all. There were other survivors, in fact, Afghan ones, and they were devastated to see him leave.[1]

And here’s where the reviews miss the mark: “The Lone Survivor” presents the passion of Navy SEALs to American viewers precisely because Marcus Luttrell isn’t anonymous. For one, he came home to recount his harrowing story. Moreover, he was able to do so because friendly Afghan villagers made their own dangerous sacrifice—to give him sanctuary. Their anonymity is the movie’s failure. That just about every movie review failed to recognize this—well, that is our failure.

Director Peter Berg gives short shrift to the film’s Afghan allies and their difficult choice to defend Marcus Luttrell. He chalks up their sacrifice to Pashtunwali, a code of honor among Afghans of Pashtun ethnicity, one tenet of which is Nanawatai—meaning asylum. While my own experience confirms that such a code does exist, by presenting it as inviolate Berg does so at the expense of these Afghans’ conscious humanity. This is like a westerner saying, “Well I want to kill you, and I would. But I gave it up for Lent. Want to come in for some tea?”

In the film’s last scene, as Luttrell is taken away by American rescuers, he struggles to embrace a boy he had befriended in the village. The boy is in tears. But the question the film ignores is why, exactly, he cries. Was the boy really able to develop such a strong bond with a foreign-speaking stranger over the course of two days? Did his adherence to Pashtunwali demand such a response?

“The Lone Survivor” is ultimately about friendships—and their implications. While the boy was lonely, he didn’t cling to Marcus Luttrell because he wanted his friend to stay; he clung because he feared what might come after the American left. Marcus Luttrell and the boy are both lonely. Marcus Luttrell feels the sting of that loneliness as he is separated from his friends—his fellow SEALs. The boy’s loneliness is realized as it becomes apparent that he began to consider Marcus Luttrell his friend. His tears in the last scene show his belief in such a bond—whether that’s with an individual person or, more broadly, with American military presence.

My experience reflects this. I, too, made friends with Afghans (pictured above). Pir Mohamad, who bunked in the jailhouse we managed together in order to avoid a perilous commute, told me almost daily that we couldn’t leave his country. His deputy, Assadullah, half-joked over chai and cigarettes one night, “When you leave, I leave for Pakistan.” And their elder assistant, Saifullah, who slept atop the jail each night under the dark sky keeping vigil against potential intruders, felt the same. While I left Afghanistan in late 2011, Pir Mohammad and Assadullah and Saifullah, as far as I know, still live there. Because of this, they despair.

As thousands of families flee Fallujah, Iraq amid an Al-Qaeda resurgence, and while the Pentagon proposes plans to remove combat troops from Afghanistan by the end of 2014, I don’t think about geopolitics or justice, and I didn’t expect “The Lone Survivor” to do so, either. I think about the individuals—my friend sleeping alone on the dark roof. And while I don’t know him, that boy in tears. All I can do is I wonder. What will become of them? That, to me, is the question that should have been explored in “The Lone Survivor,” as well as the subsequent debates.

[1] While I have served as a member of the armed forces in Afghanistan, I am not a Navy SEAL. Not even close. My own commentary is not meant to diminish the loss, despair, and indeed loneliness that Marcus Luttrell endured as he fought for his life. In fact, my observations of Navy SEALs (of which I have a few, here and abroad) have reflected a passion—for a dangerous, largely anonymous vocation—that few of us have about anything.