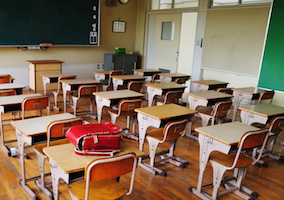 Welcome to English Comp for compulsory. This is the first semester of your freshman year at George A Custer Community College.  In this class, it is understood that English has already lost the race for your attention. Aside from the usual cynicism, a history of failure may streak through your files like a comet in August. School, after all, is just another piece of the conundrum we call daily life with its jobs, cars, bills, parents, girlfriends, and girlfriends’ parents. English Comp — not comp for competence, but comp for complimentary: There’s no way you’re going to pass this class except by the grace of this institution, or my mental breakdown.

A few of you may be taking English Comp for the second time. That’s because the last teacher — nowhere to be found — gave you an Incomplete.

Life for the Custer student can feel like a losing battle. The artful excuse — this new adjunct professor is only just learning — seems built into the curriculum. If you tell her your hard drive just died, the CD you copied your essay onto is incompatible with all known computers, you nearly got killed on the way to school in a car accident, from which you emerged, to the wonderment of all, intact though limping, she may just believe you. Good acting, after all shows spirit. If you cover your face with your hands or your eyes fill with tears or you rock from side to side, or threaten to walk out of the final exam while explaining your recent hardships and disasters, this usually earns points.

Life at Custer begins with perfecting the distraught voice. Remember to write down all such near-death experiences for the personal essay. For this assignment (see Essay I on page 2 of the syllabus), a sense of drama, timing, and specificity will enhance the narrative. After that we will move on to description, then process and causation, analysis by taking apart, and finally, synthesis; that is, putting it all back together for the argument paper. All this and more in thirty-four meetings, during which I will exhort you to read, read anything at all, while your eyelids droop in the sunlight streaming through the windows of the classroom that doubles as a chemistry lab, and you nod your head or sprawl, embracing your desk like an octopus, as if suffering the sorrows of all humanity.

Like your mother, I want to shake you awake, but I’m deathly afraid of the Oxycontin that will come tumbling out of your pockets.

By now most of you have lost a dear friend to drugs, alcohol, or road accident. Likewise, you realize that your parents’ divorce was inevitable and hardly your fault, and that selling steak knives door-to-door in the inner city reeks of failure in the first degree. Many have dropped out of high school or spent time in rehab. About a tenth of you will withdraw before the end of the first month, and throughout the semester don’t be surprised if one by one your classmates disappear like oxygen on Mars, like dissidents in a third-world country. We will therefore dispense with taking attendance. In fact, all obligations to fulfill requirements for this course will be met during class time only.

Community college deploys certain deceptions or smoke screens a few of you have blown through already. For instance, it is, as some have written in their comparison essays, “no different from high school, only you don’t have to come to class.”

A few words of advice: Success at Custer means keeping your head down. Far better to tread water than make a splash.

Over-achievement: To appear outstanding will only raise the professor’s expectations, tantamount to leaving a polished apple on her desk. Take Jed — the guy is doing well in class; he has handed in most assignments, albeit late. His writing radiates poise and courage. He appears to listen even though he rests his head on the table. All signs point to a shameful secret — the potential for success. Noting this, one day the professor suggests Jed might like to move into Honors English next semester. He looks horrified, as if she has proposed marriage, and disappears for the rest of term. Like Buddha he leaves no traces

Absences: Take care to skip more than one class in a row, particularly if you have a new instructor. To miss every other only makes you conspicuous; an irritant, an undecided; to miss two or even three weeks running leads your instructor to forget you exist.  A new teacher lets the absences pile up; she is at first above such petty record keeping, and then one day, it’s too late.

Listening: To talk to your neighbor over the instructor so she occasionally has to whisper Shhh preserves her sense of purpose.

Assignments: Play hard to get; turn in your papers with a fine disregard for deadlines.

Finally, understand this: A student never fails at Custer. The teacher fails. The student earns an incomplete.

Welcome to English Comp for compromise. Drop in now and then.

Kathryn Liebowitz’s fiction, nonfiction, and poetry has appeared variously in Harvard Review, Boston Review, The Boston Globe, Poetry Porch, and Wild Apples, among others; her creative nonfiction “Departure and Arrival” is forthcoming in Shadowbox Magazine. She received a Best Fiction Award for work published in Harvard Review, and a Pushcart Prize nomination for an essay in Wild Apples. She is a graduate of the MFA Program for Writers at Warren Wilson College, and lives in Groton, Massachusetts.

One Reply to “Six Degrees of Desperation”