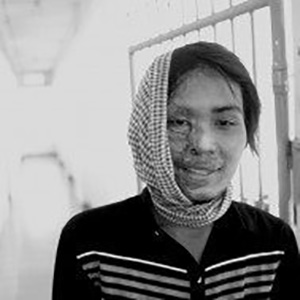 “It is what is called a crime of honor, Jamirat el Sharaf, and for the men of my region it is not considered a crime.” – Souad

September 25, 2013, Khaleej Times: “Two Asian women who committed adultery and got pregnant out of wedlock have been given capital punishment in two separate cases by the Abu Dhabi Criminal Court of First Instance.”

In 1979 an unmarried visibly pregnant Palestinian, Souad, entered a hospital. Burns scalded and charred the skin and flesh of over three quarters of her body. She gave birth prematurely.

In 1997 I moved to Al Ain, a city in the United Arab Emirate of Abu Dhabi, to teach English. I met Ceza Nabarawi, an Egyptian expatriate.

Ceza Nabarawi: “I’ll need a pseudonym. How about Ceza Nabarawi? It’s eccentric. What do you think?”

When I left the United Arab Emirates Ceza and I began an epistolary relationship. I continued teaching and traveling, my stops included Pakistan. Ceza returned to Egypt to finish her studies at the University of Cairo and subsequently moved to London.

Meerwala sits in a remote corner of Pakistan. In 2002, the Meerwala village council, controlled by the Mastoi clan, sentenced Mukhtar Mai to be violated. Why? Her brother had a relationship with a Mastoi daughter. Mai was raped repeatedly. Eventually there were arrests, but convictions, appeals, then acquittals followed.

In London, Ceza sent increasingly confessional letters. She experimented with alcohol, drugs, and sex with men and women, though she maintained her virginity and never took off her headscarf in public.

Saira Liaqat, a teenager, wanted to finish high school in Lahore, Pakistan. After an arranged marriage her husband demanded she quit pursuing education. She refused. In July of 2003, her husband doused her face in acid.

Joumana Haddad: “Being an Arab today means you need to be a hypocrite. We constantly and obsessively think about sex but dare not talk about it.”

After more than one relationship with Muslims living in London, including one affair that ended when Ceza discovered her partner had a wife in Jordan, Ceza returned to live with her family in Al Ain.

In Denmark, 2005, Ghazala Khan’s Pakistani father ordered Ghazala’s brother, Akhtar, to kill her because she had married a man against the patriarch’s wishes. A year later the Danish judge sentenced not only the father and brother to near maximum terms for murder, but also an aunt, two uncles and four others to prison and, when applicable, deportation to Pakistan at the completion of their sentence, for complicity in the killing.

In 2008 an Australian, Alicia Gali, worked in the emirate of Fujairah. One evening at her resort’s bar she ordered a glass of alcohol. She passed out. Over six hours later, she regained consciousness and discovered herself naked as three co-employees violated her. She began screaming. Security responded. All four parties were arrested for fornication. Gali spent eight months in prison for the crime, under Shariah, of illicit sex and consumption of alcohol.

Alicia sued her employers but has yet to receive compensation.

In December of 2009, an Afghan woman, Aisha Mohammadzai, had her nose and ears amputated by family members because she fled an arranged marriage that turned abusive. Also known as Aisha Bibi, her disfigured face became a Time Magazine cover with the caption: “What happens if we leave Afghanistan?”

Nawal El Saadawi: “Yet not for a single moment did I have any doubts about my own integrity and honor as a woman.”

In the UAE, in the summer of 2011, Omani villagers found the corpse of Ceza’s close friend, Eman, in the desert outside Al Ain near the Omani-UAE border. Eman’s father and brother were suspected of an honor killing. The authorities also interrogated Eman’s ex-boyfriend, whom they subsequently arrested, charged, convicted, and sentenced to death.

Navi Pallet, United Nations High Commisioner for Human Rights: “The reality for most victims, including victims of honor killings, is that State institutions fail them and that most perpetrators of domestic violence can rely on a culture of impunity for the acts they commit — acts which would often be considered as crimes, and be punished as such, if they were committed against strangers.”

In January of 2013, at a café in Abu Dhabi, Ceza flirted with a younger Arab national, and this led to a marriage proposal. In love, and excited by the possibility of future happiness, she accepted. She also gave her virginity. Her lover abruptly broke relations.

Ceza’s life details her navigating love as a Muslim in the West and as an independent woman in her culture of honor, arranged marriage, polygamy, and various forms of misyar — marriage for the purpose of sexual relations followed by divorce.

What happened to Alicia Gali, Ghazala Khan, Saira Liaqat , Mukhtar Mai, Aisha Mohammadzai, Eman, and others reveal tragedies that many academics, journalists, theologians, and leaders examine in terms of religion and culture. While too much focus on isolated horrors distorts reality and creates propaganda, the question remains: How do we confront honor related violence?

“I see it everywhere. In the haunted eyes of young Pakistani girls, brought up in Britain, who know nothing but a Westernized life: young women who work happily behind beauty counters in our department stores, yet must return home to parents who refuse to emerge from their cultural enclaves. And who expect their daughters to accept traditional arranged marriages to distant cousins brought up in rural Pakistan.” — Nadira Khannum Alvi, or Lady Nadira Naipaul, wife of V.S. Naipaul.

Over twenty years after a Swiss woman helped Souad and her child receive asylum in Switzerland, Souad’s story of immolation was transcribed and published. Souad’s narrative, in psychoanalytical terms, suggested recovered memory. Skeptics and cynics accused her saviors and publishers of ties to Israeli media, and delineated her accounts of misogyny in her village as exaggerated or fabricated.

Did Souad’s family pour combustible liquid over her body and set her on fire? Does bias within the media exploit the public’s dyslexia regarding exceptions and rules, and does this bias paralyze legitmate discussions of honor? With over 800 annual honor killings in Pakistan alone, according to the Human Rights Commission of Pakistan; and 5,000 honor killings per year documented by the United Nations Entity for Gender Equality and Empowerment of Women, 91% within Islamic culture, why would anyone invent Souad’s narrative?

In 1979 an unmarried visibly pregnant Palestinian entered a hospital.

In the spring of 2013, an unmarried eight-week pregnant Egyptian, Ceza Nabarawi, looked for an exit visa from the UAE in order to give birth in another country.

Caleb Powell’s argument with David Shields about life and art, I Think You’re Totally Wrong, will be published by Knopf in January, 2015. “Honor” is an excerpt from Ayesha and Ceza: Two Muslim Women. Other excerpts are forthcoming from Harpur Palate, New Madrid, Pleiades, and Whiskey Island Magazine.

We accept previously unpublished and polished prose — short story, short short story, hybrid — up to 8,000 words year round, unless announced otherwise.  We are always looking for tightly woven short works under 2,000 words and short-shorts around 500 words. No multiple submissions but simultaneous is fine as long as you withdraw the submission asap through the submissions system. Please do not email the editors to withdraw your submission. Submit your fiction.

Caleb Powell has work in Pleiades, The Sun Magazine, and The Superstition Review. The Seneca Review published an excerpt from his nonfiction book, Love and Happiness and Suffering in Sialkot, Pakistan. He lives just north of Seattle with his wife and three daughters, and he coaches girls basketball.