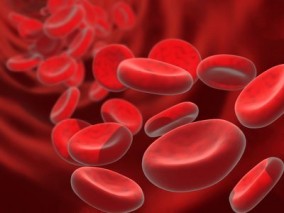 ”There shall be poets! When woman’s unmeasured bondage shall be broken, when she shall live for and through herself, man—hitherto detestable—having let her go, she, too, will be poet! Woman will find the unknown! Will her ideational worlds be different from ours? She will come upon strange, unfathomable, repellent, delightful things; we shall take them, we shall comprehend them.” (Arthur Rimbaud (1854-1891), French poet. Letter, May 15, 1871. Collected Poems, ed. Oliver Bernard (1962).)

100 years later, feminist poets (Little Red Riding Hood and Leda and Her Swan by Olga Broumas; Clitoris by Toi Derricotte) taught us that language comes from the body. Later, poets like Robert Bly (The Cat in the Kitchen; Snowbanks North of the House) and Frederick Seidel (Downtown; Homage to Pessoa; That Fall) did the same for men. Gender, once the great, unifying dichotomy, the force that divided us and defined us, has lost its potency. It’s no longer possible to write in an impactful, visceral way about the primary way of thinking about the body: a sexual organism.

What part of our bodies speaks for us now? More and more people are now united by blood – or rather, what’s in our blood. From the blood sugar lows of teenage pot smokers who condition themselves to gorge on junk food, to the gradual resistance to the effects of insulin of gen-Yers who drink gourmet coffee by day and artisanal beer by night, to the millions of Americans who have literally eaten and drunk themselves into type 2 diabetes – many of whom suffer chronic hyperglycemia for want of medical care or the will or ability to adopt lifestyle changes – the sugar in our blood, and the mental and emotional vagaries of our diabetic lifestyle, is what now unites us. Is not the irritable and doting mood swings of Twitter holding a mirror up to the wild fluctuations of our blood sugar? Is not the public “backlash” that so often accompanies, well, everything, and conversely, the torpor and lassitude that accompanies, well, everything, the 2 prevailing public moods of the untreated diabetic? Furthermore, is not the physiological inflammation that results from excess body fat – a consequence of diabetes – a metaphor for the prevailing inability of so many individuals and groups to find any common ground to resolve conflict?

I wrote Mary And Barb Get Divorced in 1994. The year prior I had read Jane Bowles’ novel, Two Serious Ladies, as well as some of her short stories. Bowles’ novel and stories made a strong impression. I was moved by Bowles’ knack for stripped down, yet full-bodied, elemental description, as well as her prickly, eccentric, and usually doomed characters. Later, my mother, Barbara Parsons, told me a story about a trip she had recently taken to the sulfur baths in French Lick, Indiana. Writing the poem, aside from my interest in exploring some of the elements of Bowles’ writing, I wanted to get at certain qualities of my mother’s personality. Southern women tend to have a very distinct texture to their personality. This quality comes across most strongly in my memory of my mother’s voice:  slow-moving and smooth, like molasses, an elegance that borders on doddering, yet a granularity underneath it, grittiness, even. Hers was a voice that could envelop and caress me like silk and abrade me like sandpaper, all at the same time.

As a young man, I was a “chronic” user of marijuana. I self-medicated every day, in order to help control various emotional issues. When I was learning to write poems, I used marijuana to combat crippling self-consciousness. However, this resulted in a writing process that mimicked the well-known cycle of hypoglycemia, followed by gorging on junk food, followed by an even worse crash. Rather than helping me deal with my self-consciousness to any meaningful degree, the marijuana encouraged me to write in a kind of objectivist, imagistic telegraph style – image stacked on image, leading nowhere. I would get high, write an image, and then crash. Get high, write an image, and then crash. These were pieces of poems, poems that were good “in parts,” but overall lacked…something. The way the writing moved from sense observation to sense observation made resolution difficult. I could get the reader “in” a poem, but frequently, like the glucose in my blood, the poem crashed before I could get somewhere. It was when I wrote Mary And Barb Get Divorced that I started to devise ways of getting the reader “out” of poems with the same degree of aptitude I had when it came to getting the reader into the poem. In Mary And Barb, the flashback allowed me to escape the procession of objective declarations. The forest as female sexuality, the hysteria, the abrupt recovery and role switching, the swoon: these are straight out of Bowles.

Like Claude Monet with his sunsets, Francis Bacon with his mouths and Popes, and Vincent van Gogh with his sunflowers, I’ve been obsessed for many years with the psychological and mental vicissitudes of wildly fluctuating blood sugar levels. The Japanese woodblock artist Utagawa (or Ando) Hiroshige produced 2 dramatic portraits of the sea – Wild Sea Breaking On The Rocks and Sea Off Satta In Suruga Province. In the same way he depicts the power and unpredictability of the sea – its swells and drops, its elemental force – I’ve tried to use the setting action of the poem to meditate on the wild fluctuations of blood sugar: the rush of alcohol; the shedding of inhibitions with strangers; the reverie; the eventual confusion; and, the final dramatic gesture of a swoon at the end.

The prosaic quality of the language belies the fact that I rely primarily on narrative conventions – setting, character, action, and plot—to communicate in the poem. Technique is an afterthought, a scraping of texture onto the surface of the poem, like an insulin shot.

Mark Parsons’s poems have been published or are forthcoming in Indiana Review, Smalldoggies, Curbside Splendor, Poetry Quarterly, Heavy Feather Review, Regarding Arts and Letters, and elsewhere. He lives in Yokohama, Japan.