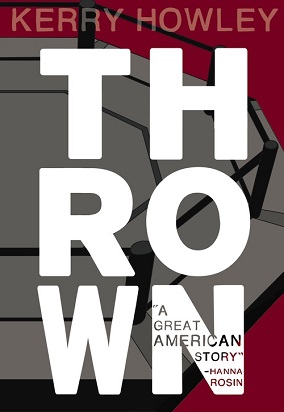 In this darkly funny work of literary nonfiction, a bookish young woman insinuates herself into the lives of two cage fighters—one a young prodigy, the other an aging journeyman. Acclaimed essayist Kerry Howley follows these men for three years through the bloody world of mixed martial arts as they starve themselves, break bones, fail their families and form new ones in the quest to rise from remote Midwestern fairgrounds to packed Vegas arenas. With penetrating intelligence and wry humor, Howley exposes the profundities and absurdities of this American subculture.

“The most bizarre and fascinating book I’ve read this year. . . . The precision of Howley’s prose reminds me of Joan Didion or David Foster Wallace: she’s so involved with the fight, it’s as if she were trying to eat it with words. Howley writes like someone who’s been flayed, all nerve endings exposed, no barriers between her and the world around her.”
—Time magazine

“This sui generis debut threatens to remap the entire genre of nonfiction. . . . Howley’s brilliant prose is as dexterous and doughty as the fighters she trails, torquing into philosophy, parody, and sweat-soaked poetry.”
—Publishers Weekly, starred boxed review

“Thrown is Kerry Howley’s masterful debut. A work of rigorous nonfiction that’s sure to be branded experimental, but that’s as involving and page-turning as any book I’ve read in a while.”
—Gary Shteyngart Kerry Howley’s work has appeared in Harper’s, The Paris Review, The New York Times Magazine, The Atlantic Monthly, The Wall Street Journal, Slate, and frequently in Bookforum. She holds an MFA from the University of Iowa, where she was an Arts Fellow and the Provost’s Visiting Writer in Nonfiction.