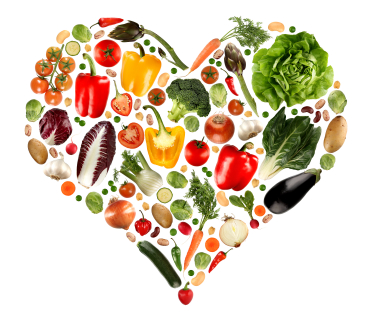 Caroline was an organic farmer who had a song for every vegetable. She was couch surfing her way from Virginia to Oregon one summer, just flowing with the cosmic tide and taking her time. I had offered her to stay at my place for a few days, but she ended up being with me for two months. Like a dying beached whale, her over-welcomed presence was hard to ignore.

I met Caroline through my friend Pidge (short for Pigeon with an intentionally inserted “d,” or else she would have been Pige, which most likely would have been pronounced “Piej”. And that just sounds too Bourgeois. Not us). Pidge met Caroline at a Farmer’s Market. Caroline had intended to meander her way to Chicago by hitchhiking, but just outside of her hometown in Virginia she met an Australian woman and her girlfriend at a farmer’s market. They, too, were wanting to head out west like some depression-era dream. They also were planning on hitchhiking, but the three of them realized that with all of their money combined they could go in on a car together and avoid the potential dangers that female hitchhikers face.

As they steered their newly owned vehicle towards the Midwest, they all decided that making an out-of-the-way pit stop in Chicago was absolutely necessary, because none of these gay gals had been to a big city. So they veered north to head up to the Windy City. Here, they would inevitably decide to go to a farmer’s market (it was Caroline’s profession, after all), and Caroline would strike up a conversation with Pidge and her girlfriend, who just happened to also be there.

Caroline decided she wanted to stay in Chicago longer than her traveling mates did, so after Pidge introduced me to her one night over some beers, I drunkenly offered her my couch on which to crash. She was only supposed to stay for a few days. Caroline’s first week of stay passed by quickly. She cooked wonderful food and sang nonstop while doing so. The songs were somewhat entertaining, and I didn’t mind being fed fresh organic produce.

And then the second week passed by. And then the third. And by the fourth week every time she sang “Beets beets beets, they’re so lovely to eat!” I almost strangled her.

On the fifth week into her stay, and even though she had started to bug the shit out of me with all of her humming and singing, I did feel bad that she didn’t have a room of her own. Virginia Woolf was probably scowling at me in her grave. So when I went to leave to go on a week-long vacation to Colorado in order to visit my family, I offered Caroline to stay in my room while I was gone.

After a relaxing vacation, I returned a week later at 10:30 at night sleepy and with droopy eyes. When I walked into my apartment, I heard Caroline sing out to me, “Hello! It’s great to have you home!”

She was sitting at the dinning room table outside of my room drinking a glass of wine and humming to herself. Through all of the little things that annoyed me about her, I still appreciated her ability to drink a bottle of wine by herself (and often without the aid of a glass). This quality of her’s made my own accomplishment of the same task seem normal in my mind.

As I threw my luggage down, Caroline offered to pour me a glass of Merlot.

I didn’t really want to talk to Caroline, because at this point I was just ready for her to get out of the apartment. But I did want her wine, and it was mighty fine wine. So I sat across from her and plunged into the glass to catch up with her rosy cheeks. After one sip, I could tell something was up with Caroline. She was her normal overly-cheerful annoying self, but the cheer actually seemed forced.

“Chelsey. I have to tell you something.”

Shit. I had no clue what it was, but shit. Actually, I had this suspicion that Caroline had feelings for me, and now that she had been without me for a week, maybe she realized she couldn’t live without me. She had slept in my bed. She had smelt my pillows. And if she couldn’t have me, then no one could. I was suddenly suspicious of the wine. Did it taste funky? I wanted to take another sip to assess if there was poison in it. But if there was poison in it then hell no I didn’t want another sip. But I also just wanted to drink! Eek! I was starting to panic as my brain burst with indecision as to what to do next.

“I was going to wait until tomorrow to tell you this, because I was afraid you’d be tired tonight or something. But I can’t not tell you.”

I pause here for you to re-read what she said, because yes, she did say that. And yes, it did happen. You just can’t make this shit up.

“Before you say anything, let me explain.”

Yes, please do, my eyes begged. I had yet to regain my capacity to speak, but probably from the look on my face she knew to keep talking.

“Well. Oh, this is so embarrassing,” she blushed.

Tell me about it.

“Well,” I breathed out, knowing it was my turn to speak. “Did you at least get off?”

“Then at least it wasn’t a lost cause.” Thank god for the wine and sleepy delirium. “Glad it could be helpful.” I decided to play the cool, understanding, sex-positive feminist and make it seem like this shit happened all the time.

But it doesn’t. And it shouldn’t. And now not only was this couch-surfer turned house crasher singing about beets every day, but she was also literally fucking with my shit.

Chelsey Clammer received her MA in Women’s Studies from Loyola University Chicago. She has been published in THIS, Stone Highway, Spittoon, Sleet and Make/shift among many others. Her essay BodyHome received the Editor’s Pick 2012 Award from Revolution House. She is currently finishing up a collection of essays about finding the concept of home in the body, is working on a second collection of essays tilted There Is Nothing Else to See Here, as well as a memoir about being committed to psychiatric wards. You can read more of her writing at: www.chelseyclammer.wordpress.com.