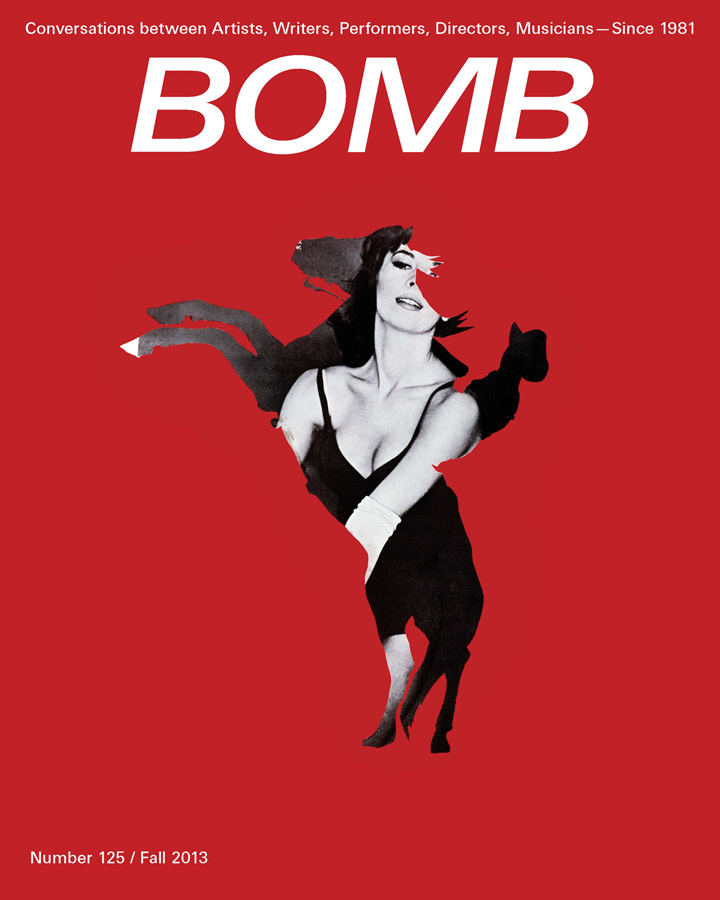 BOMB Magazine has been publishing conversations between artists of all disciplines since 1981. BOMB’s founders—New York City based artists and writers—created BOMB because they saw a disparity between the way artists talked about their work among themselves and the way critics described it. Submit to BOMB.

Today, BOMB is a multi-media publishing house that creates, disseminates, and preserves artist-generated content from interviews to artists’ essays to new literature. BOMB includes a quarterly print magazine, a daily online publication, and a digital archive of its previously published content from 1981 onward.

BOMB Daily publishes exchanges on artistic practice including interviews, literature, portfolios, and essays. Sign up to Weekend Reads to receive the weekly roundup.

The BOMB Archive is a fully searchable and relational online library that provides access to the ongoing history of dialogue generated by BOMB since 1981. With funding from the A.W. Mellon Foundation, BOMB has made all of its content—over 5,000 primary cultural documents from the past 35 years—available for free.

BOMB’s Oral Histories Project is a series of interviews that documents and preserves the life-stories of NYC-based African-American visual artists.