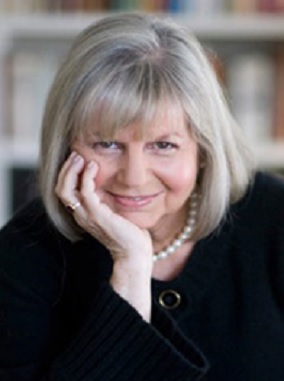 “Women’s currency is their looks. Like it or not, the most powerful woman is an 18-year-old woman.”–Susan Cheever

Susan Cheever, born July 31, 1943, is well-known for her biographies and memoirs, including Home Before Dark, in which she writes about her family. Much like her father, John Cheever, she suffered from a substance abuse problem. Now in recovery, Cheever uses her past struggles with substance abuse and sex addiction to inform several meaningful memoirs and essays. From Henry David Thoreau, to Ralph Waldo Emerson and Margret Fuller Cheever has authored many biographies. Aside from nonfiction, she also has several novels published, including Doctors and Women and The Cage. Cheever has several essays in which she talks about women’s issues, including “Baby Battle,” that appeared in the 2006 anthology Mommy Wars. She currently teaches in the MFA program at Bennington College and at The New School. Cheever has two children, a son and a daughter.

One Reply to “Susan Cheever”