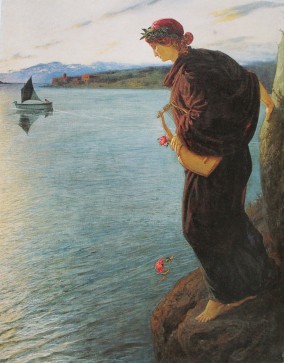 George Saunders’s blurb in the back of Best American Stories 2013, accompanying The Semplica-Girl Diaries, explains that his story’s central idea first came to him in a dream. He then struggled with the process of writing the story for twelve years. This struck a chord with me concerning my own story, The Last Time We Saw Charlie. I’m usually too squeamish to exhume the facts buried in the unmarked grave of my fiction, yet here I feel compelled to do so, because Charlie was a real person who has now been dead for over forty years. He still sometimes makes appearances in my dreams.

My high school suffered a slow rolling “suicide epidemic,” for which we possessed no context and few coping skills. The real Charlie was a geeky redhead kid who the popular boys liked to bully. In our Physical Education class, I would pick Charlie for my team to afford him a little protection. I fought one of the few fistfights of my life defending Charlie in the locker room. The year after that, Charlie declared himself gay and suffered greatly for it. One day, he went to the biology teacher and asked her about the location of the human heart. A few days later, he blew his own heart out with a shotgun. He was sixteen, but would have come into a large trust fund had he made it to his early twenties, for whatever that was worth. Apparently not enough. The year following, our Homecoming Queen drank most of a fifth of vodka and ate a bottle of pills, dying after three days in a coma. She’s the one everyone remembers — it’s hard to top that level of melodrama. I attended college in another state and stayed, leaving the war zone of high school behind. Or so I thought.

All of this bears little resemblance to the short story that came out of it. Surely I’ve gotten it all wrong. Perhaps.

Well over twenty years ago, I felt driven to write bad stories about Charlie, sticking closer to the facts. None of it made for good fiction, teen suicide and high school bullying already shopworn clichés. The baggage of what happened remained too heavy to carry with my underdeveloped writing muscles. Yet the story refused to stay in the drawer, even after many failed attempts. Every few years I’d take a whack at it and put it away again, frustrated.

About two years ago, with the story almost forgotten, a dream revealed the image of Charlie very much alive, buzzing football players with a remote control airplane. I knew when I awoke that he required a new narrative arc, one where he survived. The dream had the impact of a defibrillator.

This version started as a six line micro fiction, expanded to a piece of flash, and continued unspooling. Maybe it was Charlie’s predilection for appearing in my dreams that assigned him the role of remote control puppet master on a grander scale. The writing went comparatively fast.

This may sound like therapy instead of literature, but a blurry line exists between the two. When a path to the core of a story opens up, I take it and don’t ask too many questions.

And yet the finished product may still be inadequate. I wonder if, after publication, Charlie will visit my dreams again. Too soon to tell.

Robert P. Kaye’s stories have appeared in Pear Noir!, Ellipsis, Per Contra, The Los Angeles Review and elsewhere, with details available at www.RobertPKaye.com. His chapbook Typewriter for a Superior Alphabet is published by Alice Blue Press. He juggles and throws knives in the far upper left corner of the USA.

Robert P. Kaye’s stories have appeared in Pear Noir!, Ellipsis, Per Contra, The Los Angeles Review and elsewhere, with details available at RobertPKaye.com. His chapbook “Typewriter for a Superior Alphabet” is published by Alice Blue Press. He juggles and throws knives in the far upper left corner of the USA.