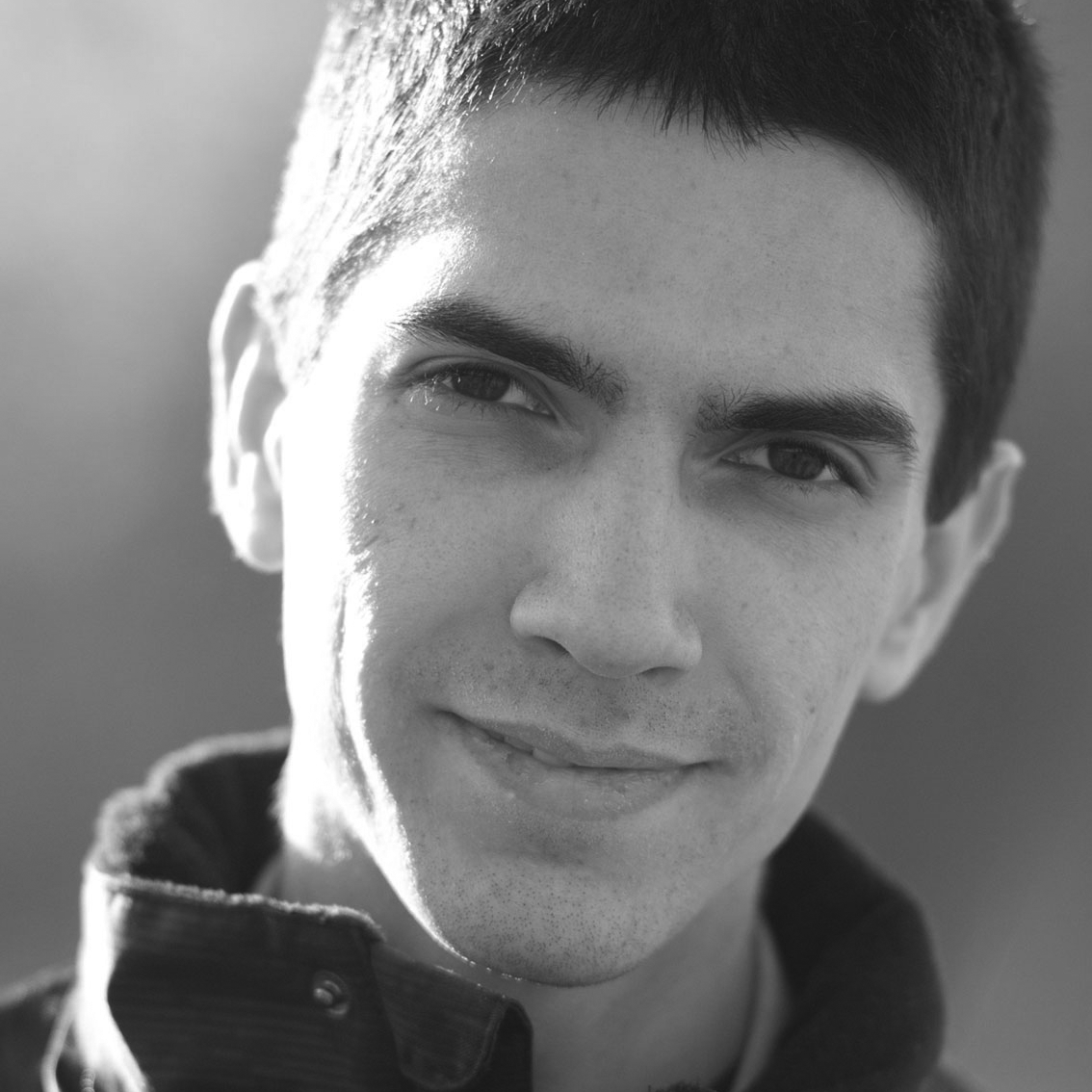 I can’t imagine that they let you watch the news in whatever terrible place they keep you. There were more riots today, around St Paul’s. I was on the other side of the river, and I saw the Truth Grenades going up from there; little puffs of silver smoke. Some of the protestors came across Millennium Bridge, dragging casualties. Have you ever actually seen anybody who’s been hit by a Truth Grenade? Ironically enough I suppose you’re the one person in this country who hasn’t.

I hired a prostitute to pretend to be you. Don’t be mad. Her name is Candy or Candice or something of that sort, which makes me think of the fairground. She’s young enough to be my daughter, to be you, and the resemblance is striking. We sit and talk most nights, and it’s strange because a lot of the time we talk about you. She doesn’t mind, though she cries sometimes when I tell her about what happened. We were there together on the waterfront when the injured from St Paul’s came across. I swear, I almost lost it then. I need her, in your absence. Last week I showed her the exact way you held a knife and fork.

But that protest. That was something. The authorities are getting freer with the Truth Grenades now, and it seems sometimes like the whole city is brimming over with the injured. I see them in doorways or on street corners — their families abandon them, you know? They put a sign around their neck and drop them off on the kerb and drive away, and that’s it. Christ, darling, I’m not saying this to make you feel guilty.

I remember the day you invented the damn things. You were seventeen, and made of denim and glitter and the colour black. You were such a mystery then—picking up all these adult things out of nowhere: the way you talked and the way you moved your hands. The day when you discovered Truth was a strange one. You’d caught it in a film canister, bottled it like water. I called the university.

People came and went and came back again. Sitting sedately in the living room a doctor in a hairy grey suit had you conjure some more of it, smiling at first at this quaint little trick, then not. Then frowning and biting his lip and pawing his mobile from the pocket of his coat. The house opened up, and then the street filled with vans and reporters and police officers, and you said to me, “I think I’m going to be famous,” and you shrugged as though saying, well, these things happen.

It was a Thursday when they stole you away. Like a summer school, they told me, for young inventors. Young geniuses. There’d be others like you there, and you’d work together for a few weeks to explore your ideas. Realise your potential. We waited on the kerb in a cloud of reporters. I think you were pleased, or proud, or happy at least. The yellow bus, when it came, had soldiers on board, and I didn’t wonder why until later — until much later when you hadn’t written and hadn’t called, and the phone numbers they’d given me turned out to be dead. I remember that you kissed me, once, before getting on board that bus, and it was light and cool and given with the expectation that you would see me again in a little while.

Candy or Candice is all I have now. I notice little things, like how her eyes are a slightly different colour, how she smells of cigarette smoke. But we sit around and we talk, and maybe I get a little drunk, and maybe I say things that are supposed to be secret, or maybe I don’t. The doctors have given me something to help me sleep, but I never take it. We’re making a plan to get you out, see? Candice/Candy says she’ll gladly switch with you, if that would work. Me and her go in, me and you come out. If only we knew where you were.

“It must have been terrible,” said Candice/Candy once, “when they first used the Grenades. You must have known then…”

I nodded. I saw it on the news, when they ended an Animal Rights protest. I recognised the colour, the silver smoke. The protestors went dead, pulling off their piggy masks, some of them crying, some falling abruptly asleep as the police moved in. It finally clicked, then, as to why they’d taken you.

I tell Candice/Candy this and because she listens well I tell her what the house is like without you. How sometimes the telephone will ring and I’ll pick it up and make noises and put it down and then I’ll wonder where I am. Whose house is this? Candice/Candy holds me gently against her shoulder and I cry, and it’s okay, because she’s you.

Derek is more militaristic. Remember him? The bald guy with the tattoo of a dragon on his neck. He and I used to climb mountains together, before you were born. He was around a lot when you were a kid. When your mother died, he was here to keep the house together, and make you meals and read to you and see that I didn’t screw things up any further. Well, he’s leading a revolution now. I go for weeks at a time without seeing or hearing from him. Then I’ll wake up in the middle of the night to find him in the kitchen, dishevelled and stinking, helping himself to food from the fridge. We talk: he’s been finding things out. Ideas, he says, fantasies. They’re the most important things. You lie to yourself enough and the truth can’t hurt you. He smiles in the dark, one eye and a yellowed-pearl-string of teeth. You make your own truth, he tells me. You have to or you’re not going to last.

The young, Derek says, are the future of the country. It’s too late for my generation. Each weekend I travel to a different university and hand out books and leaflets with your picture on. These children are the age you would be now. They are pierced and jagged and strange. They give me hope, at least.

It has not been without incident, of course. I have been questioned by police, by campus authorities more times than I care to count. Candy/Candice says that people are as afraid as I am underneath, and for the most part this seems true. Nobody wants to call the police these days. They can track you anywhere, and they don’t approve of troublemakers.

Other times, I have been caught up in what Derek calls affirmative action. It sounds noble and professional in the terms he describes it. One day, he promises me, we will find where you’re held. One day we’ll destroy the Truth factories and set the people free and make up stories to cure the victims. That is what Derek says.

But there was an incident in town last week. I was there. Two men were stopped in town, and tried to run. I was there. One of the men, a greying man in a knitted jumper, pushed past me. He looked hunted, sick. More like a child than a terrorist. The police didn’t even call a warning before they used the grenades. I found myself lying on the concrete, face down as the explosions went off and the silver smoke puffed up into the air.

One of the Truth Grenades must have clipped me; when I woke in hospital later on, everything I saw was dark and shaky. I could feel it, the truth, some great mass of it lurking just out of sight. So heavy it made me sick. Made me feel tiny and lost and the worst kind of empty, like a machine of blood and bone and body, a thing without the slightest trace of a soul. I could barely breathe anymore. For a second I thought I knew what I was, and then it was gone.

I told Candy/Candice about that later, and she said, my god how awful. She really does speak like that sometimes. She is confusing. She wants to help the Truth victims now. Derek and her have spoken over the phone and she thinks that maybe someone could start a charity. A hostel for all the abandoned victims. It would be dangerous, to associate with such a thing, but Candice/Candy thinks that it would work. “We could help them,” she says. “We’d find a way.”

I can’t see that far ahead. Can’t think of the state of the city until I have you back. Often I imagine a thread that connects us. Invisible and indestructible. And I think that if only I could find that thread, where it connects to me, and take hold of it, and follow it along like a blind monk… I would cross countries to find you, darling. You know that.

I still have that film canister which you captured the very first Truth in. I guess it must have been forgotten in all the confusion of your legalised kidnap. Original Truth, like Original sin. Both of them started out simple enough, and both of them spilt over and made a terrible mess.

I’m holding the canister now, as I write this, and it’s small and simple as a bullet. I’m going to finish writing this, so that one day, I hope, you will know what really happened. After that I don’t know what I’m going to do.

Krishan Coupland was born in Southampton, England, and now studies at Staffordshire University. His work has appeared in Brittle Star, Aesthetica, and 3AM Magazine. Read more.