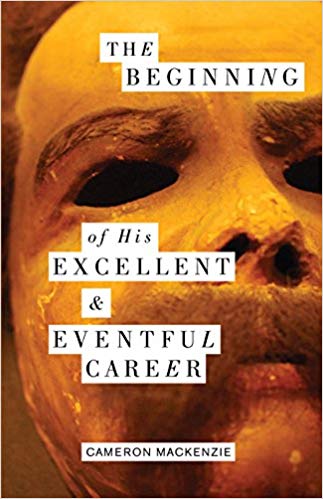 The Beginning of His Eventful and Excellent Career

This novel explores the pressures and conditions of both love and evil that spark an uprising against oppression.  We get the spark where the violence against one’s family calls for a violent reaction, but the once the action is set into play, the process is impossible to reverse.  Eventually, those fighting against oppression begin to oppress, and the cycle continues.  But MacKenzie takes us down into the meat of the conflict, right down where the shot glass meets the eyeball.
(MadHat Press)

Tim Fitts lives and works in Philadelphia with his wife and two children. His stories have been published by journals such as Granta, The Gettysburg Review, Shenandoah, Apple Valley Review, New South, The Baltimore Review, among many others. He is the author of two short story collections, Hypothermia (MadHat Press 2017) and Go Home and Cry for Yourselves (Xavier Review Press 2017). He serves on the editorial staff of the Painted Bride Quarterly and teaches in the Liberal Arts Department of the Curtis Institute of Music.