I’m going on record as an official fan of the new Will series. I was skeptical. I generally avoid overly promoted commercialized versions of beloved works, authors and studies. But, yes, the series had me at “London Calling.” Then it had me again with this seriously sexy-twisted version of Christopher Marlowe, who, I’ll admit, is my preferred writer between the two. Of course, just having returned from a visit to the rebuilt Globe, it all feels especially immediate.

If you haven’t given Will a try yet, go ahead. You will be pleasantly surprised, and if you are a Bard and Clash aficionado, you’ll be creatively jolted. More to come on this soon.

*Do yourself a favor. If you are stuffed and unyielding history and Shakespeare buff, the kind that constantly points out the historical inconsistencies of Baz Luhrman’s Romeo + Juliet, and so on, please skip this series. You’ll not likely like it and the rest of us won’t like you. However, if you are in the camp of Shakespeare and his plays as a progressive experiment in truly classic and changeable experiences, you’ll be at home.

Thank you, TNT and Craig Pearce.

A drama about the lost years of young William Shakespeare after his arrival to London in 1589 — when theatre was like rock and roll and a young man with a dream changed the world with his words. 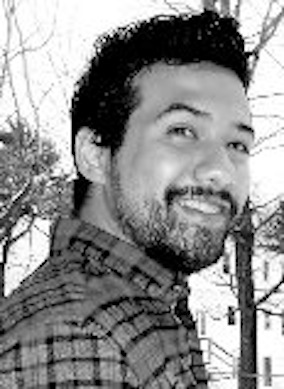 Sorry about that, bleeding all over
your new carpet. Uncovered
fans beg me to test the reliability
of my flesh. There is an overexcited salamander
in the brush re-growing limbs, obsessed
with its own terrible powers. Its body
is a red, smacking pair of lips. Harm occurs
but, boy, do we truck on. We must shelter,
there is a poison arrow dart soaring in
from another poem. All of this
is set inside a circus-y TV
news program. You fight me
to pull it off
the air. Neighbors have all gone
mad, everyone wants something
that is more useful than what they’ve got,
everyone is screaming for a do-over
because there isn’t anything
that’ll do just yet. Jeff Wasserboehr lives in western Massachusetts where he is earning his Master’s of Fine Arts degree at the University of Massachusetts Amherst. At Umass he teaches undergraduate writing and works at the Massachusetts Review. His work has appeared or is forthcoming in Word Riot, Little Fiction, and the Tulane Review.