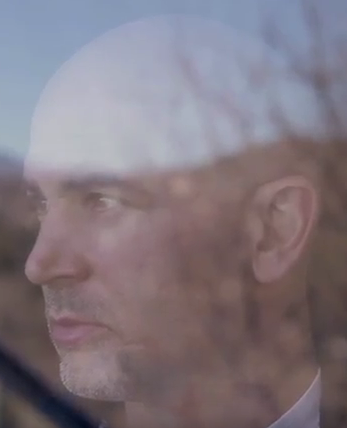 On the morning of April 19, 1995, Timothy McVeigh loaded a truck with explosives and parked next to the Alfred P. Murrah Federal Building in Oklahoma City. Two months later, I met my ex-fiancée, Ayesha, an Islamic Khmer.

Timothy McVeigh: “The government is continually growing bigger and more powerful and the people need to prepare to defend themselves against government control.”

Or: “The Jews are our misfortune!”

The Reichstag introduced Nuremberg Laws in 1935 concerning German citizenship, marriage, and racial purity. Many Jews, over generations, had converted to Christianity or married Germans, and could petition to be reclassified in a process called Aryanization. Mixed race, or Michlinge, were designated in degrees: first or second (half Jewish or quarter Jewish). In Nazi Germany, I’d be Michling, but in the United States my Jewish identity depends culturally, religiously, and ethnically, on perception.

Khmer Rouge slogan: “Better to kill an innocent by mistake than spare an enemy by mistake.”

Ayesha and I, on our first date, enjoyed an afternoon at Seattle’s Gasworks Park. We focused on the sunny June day, Vietnamese spring rolls, her escape from Cambodia to Thailand, immigration to Seattle, and which of her family members survived the Khmer Rouge.

Osama bin Laden: “The war is between us and the Jews. Any country that steps into the same trench as the Jews has only itself to blame.”

She wore a sleeveless yellow dress for our next date, another afternoon excursion. By canoe, we paddled the waterways of the Arboretum along the shores of Lake Washington, marveling at the spring bloom. To me they were flowers, but to her they were azaleas, hydrangea, magnolias, and cherry blossoms. She seemed both strikingly normal and extraordinary.

She told me she was Muslim. I asked her what she thought of the Holocaust, in not so many words. And rather than push back with Al Nakba and Palestinian suffering, she said she felt deep pain for all of God’s people, and that the suffering of Muslims and Jews and all humanity should be respected.

She said, “What did you expect a Muslim would be?”

I said, “It’s just that, from looking at you, I would not have guessed you’re Muslim.”

She said, “You think Muslim women are submissive and wear veils?”

She laughed and said, “It’s okay, I’m a liberal Muslim. Most people are surprised when I tell them I’m Muslim.”

Christina England, VacTruth.com: “WHO, GAVI and the Gates Foundation have killed possibly hundreds if not thousands of these vulnerable children with dangerous and unnecessary vaccination programs.”

She explained that Islam had complexities just like Christianity—that Sunni, Shia, and Ahmadiyya loosely correlated with Catholic, Protestant, and Mormon. She asked, “What about you?”

I told her, “I’m not religious. I guess I’m partly Jewish.”

“How can you be partly Jewish?”

Ground Zero Radio host Clyde Lewis: “So the truth that everyone is not speaking is that the shootings at Sandy Hook were nothing more than a campaign.”

I told her that in Judaism, atheists and agnostics sometimes identified culturally and ethnically as Jewish. My roots were Jewish, but I grew up Christian, had attended church, and never considered myself Jewish in a religious sense. But, within Judaism, blood counted. I was eligible to apply for Israeli citizenship.

Sheik Muhammad al-Gameia: “If the Americans knew that the Jews carried out the September 11 attacks, they would do to them what Hitler did.”

Ayesha said, “I know what you mean. When I wear the hijab I become a symbol, an object. I represent Islam and not myself. And I’m proud to be Muslim, but, you know, when I heard about Oklahoma City, I thought, ‘I hope it wasn’t done by a Muslim.’”

Timothy McVeigh: “In the crudest terms, it’s 168 to 1, if you had it on a scoreboard, so I sit here content. There’s no way they can beat me by executing me.”

We floated deeper into the Arboretum, trees and flowers cut off the peripheral, our view of Lake Washington and Mercer Island narrowed. The sounds of traffic and boats in the distance. We had solitude.

Or: “We handed the most important belongings of our people, the railroads and the banks, to aliens who 2000 years ago had turned the temple into a house of usury.”

Two Jews on a bench, Berlin, 1939. One holds an underground Jewish newspaper, the other has Der Stürmer (The Attacker) and Vőlkischer Beobachter (Racial Observer).

First Jew: “Why do you read such hateful newspapers?”

Second Jew: “Because in your newspapers the Jews lose possessions and jobs, and then they are arrested and imprisoned. But in mine, Jews own the world.”

Renata Adler: “Sanity is the most profound moral option of our time.”

We stopped paddling and drifted towards a footbridge. I asked, “Would you be comfortable if I put my arm around you?” She opened up, I leaned into her embrace, held her, and asked, “How about a kiss?”

Reuters: “Steve Feltham, who gave up his girlfriend, house and job in southwest England in 1991 to spend his life looking for the Loch Ness monster, believes he has solved the mystery behind its many sightings…he suspects it is a Wels catfish.”

Before letting me kiss her, she asked, “If you’re not religious, what do you believe in?”

The canoe bumped against the edge of the shore, we slid onto solid ground, took off our sandals, put our bare feet in the water, and sat side by side. Northwest flora and evergreens shielded the sun.

I could have said ‘love,’ yet I hesiitated. Peace? Humanity? What did such belief signify? Our lips met. We had time.