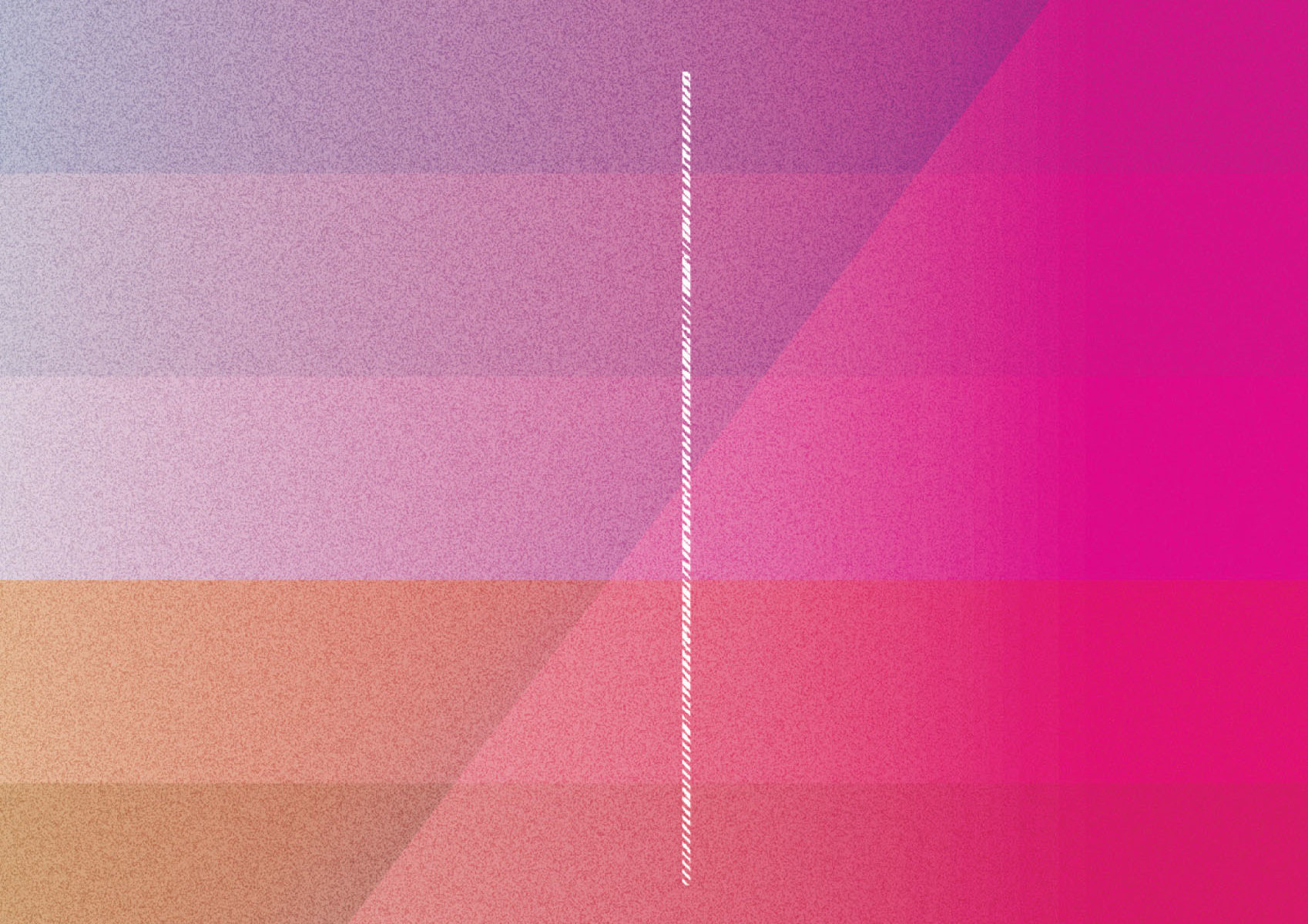 A boy crawls through a tunnel in the Gaza Strip to bring back supplies to his family and neighbors despite the high risk of the tunnel being flooded, gassed, or bombed. On the eve of the Arab Spring in Libya, a girl and her best friend disguise themselves as boys to train for a school sports competition, knowing that if they’re caught they will be severely punished. Four young girls, three of them pregnant, decide to escape their abusive husbands and attempt to cross from Morocco to Spain.

Set against these turbulent backdrops, the children’s voices are free of political influence and remind the reader of the distilled best of human relationships. With no resources and armed with only loyalty, guts, and tenacity, they risk their lives for their friends in the belief that this is the only right thing to do

What People Are Saying about Small Change

Small Change does what great fiction should do. Rather than strive for newness for the sake of novelty, or reinvent language to showcase the writer’s chops, it approaches language in a new way because the material—struggling for life and love in the Middle East—demands it. Fresh, invigorating, and profound, I hope you enjoy these stories as much as I did.
–David Treuer
Fiction judge of the 2016 Gold Line Press Competition

Each of Hunter’s three stories does what stories should do, using small moments in time to touch larger themes. Here the touching, sometimes tactile, sometimes cerebral, sometimes brutal, sometimes beautiful, presses against the Middle East, a place where turmoil too often touches its people. Small Change points to big change with quiet grace, touching hard places and hopeful places.
–Adam Berlin
Author of Both Members of the Club, The Number of the Missing, Belmondo Style, and Headlock. He teaches at John Jay College of Criminal Justice, and is editor of J Journal: New Writing on Justice.

I was so gripped and moved by those three stories, and they've continued to haunt me. My favorite (though it's hard to choose) is "Jewels We Took With Us." It is so heartbreaking to think of the girls' brutal and grinding lives, so harrowing to imagine their near-sure deaths at sea. But it's also profoundly inspirational to experience their loyalty, determination, and friendship.
–Jean Hegland, author of Into the Forest, Windfalls, Still Time

An unsparing and riveting examination of the history of class conflicts in the US. Nancy Isenberg starts at the year dot: when the British decided to "export" what they considered the unsightly and offensive types to America. These included criminals, but also children sold by parents and the homeless. The descendants of these people became "poor white trash". This is not an easy read but it's essential to understand the roots of American history — all of them, no matter how ugly. READ MORE

I'm a fan of anyone who writes about walking: Freya Stark, Robert Macfarlane, Bruce Chatwin, Patrick Fermor, et al. This book is a combination of my favorite things: walking and Rebecca Solnit. The book does have some focus on writing — but it's more a study of what arises because of walking, and in Ms. Solnit's company, it's always provocative and inspiring. READ MORE


Do You Have a Book Launching? Submit Your Book to The Eckleburg Book Club…

A boy crawls through a tunnel in the Gaza Strip to bring back supplies to his family and neighbors despite the high risk of the tunnel being flooded, gassed, or bombed. On the eve of the Arab Spring in Libya, a girl and her best friend disguise themselves as boys to train for a school sports competition, knowing that if they’re caught they will be severely punished. Four young girls, three of them pregnant, decide to escape their abusive husbands and attempt to cross from Morocco to Spain.

Set against these turbulent backdrops, the children’s voices are free of political influence and remind the reader of the distilled best of human relationships. With no resources and armed with only loyalty, guts, and tenacity, they risk their lives for their friends in the belief that this is the only right thing to do

Children often feel the need to confess for the things they’ve seen or been forced to do…. —Monsignor Arturo Bañuelos

Each year thousands of children try to cross the U.S.-Mexico border. Most travel from Central America. On this journey — one that can be over 2,000 miles, the equivalent of walking from New York to Florida twice — the children must sneak past Border Patrol and guns. They must survive dehydration and starvation. They encounter gang violence and “coyotes,” who often abuse and extort them.

There is an option to the long walk. La Bestia is what the immigrants call the train that runs through Mexico. Riding La Bestia is risky, however, as the poor must sit on top, vulnerable to the train’s violent shaking, sometimes resulting in broken limbs and other injuries. Gangs patrol La Bestia, demanding $100 U.S. dollars per station. To refuse means being shot or stabbed and thrown off the train. La Bestia. The beast.

The children lucky enough to survive the walk or La Bestia will often end up in detention centers. Norma Lujan, an El Paso resident, works as a detention center volunteer. She reports, “They found a boy of twelve crossing the desert carrying his sister on his back, his nine-year-old sister was paraplegic, that’s how they found them… last night they found three little brothers trying to cross.” She is jubilant when the children survive.

Through her church, St. Pius X Parish in El Paso, Lujan recognized that children were disappearing along the border. To date, she has recruited sixty parent volunteers, and she continues to recruit more. Their jobs are to comfort the children with visits and stories, songs, shared meals, the occasional hug, against policy, but impossible to deny. Many of the older girls arrive pregnant. This past summer, Lujan and her church held eleven baby showers. They have seen newborns taken from their mothers, nursing mothers deported, children entered into the U. S. foster care system. A lucky few, the “legals,” are reunited with their families.

In 2012, the number of Unaccompanied Alien Children (UAC) being detained by the U.S. government more than doubled — from 6,000 to more than 14,000 child detainees. This year, according to the Refugee Council: “It is expected that roughly 23,500 UAC will arrive by the end of this fiscal year 2013.” This is low compared to the 100,000 children that Border Patrol claims to prevent from crossing every year. The majority have traveled not from Mexico but from El Salvador, Guatemala, Honduras. The Women’s Refugee Commission reports that “desperate conditions” are part of “trends in Central America, including rising crime, systemic state corruption and entrenched economic inequality.” In Honduras alone, 920 children were murdered between January and March of 2012.

The detention centers offer housing. Some have outdoor, fenced-in playgrounds. Some do not. During the day, some children are taken by white vans to schools. Others are taught on site for two to three months while immigration judges decide their fates. This system, based in part on a family reunification policy, is more often concerned with borders than family.

There is one systemic grace. Inside the detention centers the children do not yet fear Immigration and Customs Enforcement (ICE) like so many immigrants attending U.S. public schools, where ICE is an unrelenting threat. At any time, these children and their families can be taken and separated. In just one year, according to the U.S. Dept. of Health and Human Services (DHS) there were 204,810 parents of US-citizen children deported. Last year the number of kids detained more than doubled. To handle the rise in numbers, the centers converted gym floors into barracks with cots in order to house them. This year, the expected number is 23,500.

Immigration is a search for a better life, work, family. Safety. Families will gather and save what is a fortune for many, $5,000 and more, to pay traffickers and coyotes to bring children and adults safely across the border. Too often these coyotes molest, abuse, impregnate, and sell these children and adults into slavery. The families know this risk, and still, they take the risk due to poor quality of life, a need for a better one. Monsignor Arturo Bañuelas of St. Pius X Parish in El Paso has heard these children’s migration stories. He says, “Children often feel the need to confess for the things they’ve seen or been forced to do.”

Border Patrol saves lives, yes. The detention centers are a grace to a point. What lobbyists and political engines choose to ignore, however, are the inconvenient details: the border patrollers who have shot and killed youth, the real likelihood of these detained children being deported to the same life they felt so compelled to escape, and this system by which corporations continue to profit.

ICE pays private detention facilities to detain 400,000 adult American Immigrants per year. At $164 per detainee per day, this system is not cheap. In just 2011 the Corrections Corporation of America and the Geo Group, the two largest private detention facilities, earned a combined total revenue of $3.3 billion. Additionally, children who are separated from their families and placed into foster care cost taxpayers $26,000 per child per year. The U.S. now spends more on immigration enforcement agencies than all other law enforcement agencies combined, despite all the overtime NSA PRISM perks.

There are U.S. citizens committed to raising the voices of those lost on the trails. Robin Reineke is a doctoral candidate at University of Arizona’s School of Anthropology. Her job is to try to piece together the identities of the corpses found in the desert from their remains. She studies artifacts found in the baked sands of the desert, near desiccated skeletons and bodies decomposing from the heat.

Deborah McCullough, born in Ohio and raised in Western Maryland, is an artist now living and working in Arizona. Her mixed media forms include artifacts left behind on the trails. One of her pieces, Angel of Mercy, wears a skirt made of ribbons. She explains that “each [ribbon bears] the name of a person who has died in the Sonoran Desert from 2011 through February 2012.” McCullough’s work has been exhibited at the University of Arizona, Social Action Summer Institute, and Duke University, but she does not sell her Trails artwork.

The items I find in the desert have been carried for hundreds of miles and days, weeks, sometimes months, only to be lost or left behind on the dangerous migrant trails of Southern Arizona; they were once treasured by someone who valued them enough to carry them on their journey, I prefer to use them to raise awareness about the suffering and deaths that occur along the US-Mexican border. Walking the trails, finding lost people, seeing the sadness in their eyes when they realize they cannot continue and knowing that people continue to die horrific deaths so close to where I live, compels me to continue my humanitarian efforts with the Tucson Samaritans and to continue creating artwork that will bridge the disconnect between immigration as a political talking point in Washington and the suffering I see firsthand here in Arizona.

Academics, activists, and volunteers such as Robin Reineki, Deborah McCullough, and Norma Lujan work every day to make immigration safer and uncover the voices of the lost. To join their efforts, you can contact humanitarian projects such as Humane Borders, and contact your elected representative. Gabriela Romeri, originally from Argentina, is a bilingual writer and editor for Maryknoll magazines and an assistant editor for The Doctor T. J. Eckleburg Review. She has an MA in creative writing and literature from Johns Hopkins and studied screenwriting and film studies at Hollins University.