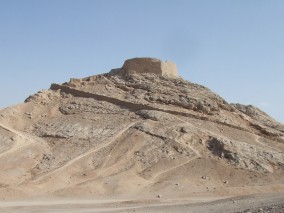 Silences have always been uncomfortable with my mother, as though ticking down to an explosion. We seek to fill them with idle chatter, always careful to keep it surface level. So much still remains unsaid that its breadth terrifies me. I catch her as I caught my poem, Mother Never Smoked A Cigarette, in bits and pieces that I parse together like an omnipresent jigsaw puzzle.

After a brief errand in lower Manhattan, we eased in to a pew in St. Paul’s Chapel as sightseers — the memories must have been so powerful that she forgot our vow of silence. Looking straight ahead, she said, almost to herself, “This is where we would come to take a break. It was always so quiet in here. They would give us bottles of water. No one ever spoke.”

Mouth slightly agape, I was overtaken by a moment that wasn’t mine to remember but the stained glass windows that had resisted cracking under the debris, shone the same kaleidoscope of light onto the church floor. The same pews. The same light. Me, in the presence of her past. Me, sitting with the Police, Firemen, and volunteers in a moment that denied linear time to hang in permanency.

I would only have but a moment, because I watched the thoughtful gaze of my mother’s subconscious ripped back to the present with a head shake. No, she would not go back there.

That singular yet collective experience is why I write. I write to fill in the spaces we aren’t supposed to talk about.

Of what was the dust made that caked their clothing?

I write against their need for silence.

I write against a typical point of view.

What power did their collective consciousness have on that space and one another?

I write to reveal the layers of life that exist beyond a snapshot of time, place, and person.

What setting houses a confusion of death, friend, inorganic, particle, and breath?

Write it with me: the chapel could hold maybe 75 workers in the old pews; some sitting, some laying and layered in debris and dust. Bottles of water, cold in their hands, given out by church employees and relief workers. The stained glass cut out the reality behind the walls but let sun in to spot the floor and pews and workers with bits of color like a faded garden falling to seed. And the quiet, the hammering quiet of bodies that need to break down but won’t.

Rest time ticked down like mine and my mother’s silence — they would have to walk back into what I could only imagine was a literal layer of hell.

I don’t write for solace or catharsis, I write from a sense of immediacy. I write like there is a gun to my head and my life depends on creating a voice that transcends language. I subject myself to its heights and depths because the world is too beautiful and too terrifying not to render it into words. I have chosen to inhabit the quiet spaces and observe. I want to tell you what I’ve seen and what I know is possible.

But here is the noise that silence spins around: My mother worked mandatory 12-hour days, 7 days a week. First, she was bussed to Ground Zero; her two firemen brothers, there, somewhere heaving and sifting with her, pushing out memories of childhood and realizations of shared experience. Later, my mother and countless other officers were stationed at the Staten Island dump, then reopened, standing for hours at a conveyor belt looking for body parts. My mother in a hazmat suit with an air quality meter strapped to her chest like a bomb. When she started beeping, she had to lead her crew down to safety as soon as possible. They waded through images of that conveyor belt as they waited for gases and dust to settle. Our car, the one she drove to the site, smelled unholy for weeks. I choose not to describe it here, allow for my own silence, my own realizations.

And then I come back to the body, the flesh and reality. My Mother has “9/11 Cough.” A constant echo of incessant hacking lingers in the background of my adolescence. It went on for years. She always smelled like cough drops. Her body was desperately trying to rid itself of something, fighting invasion. She refused to put herself on the list of “injured.” I know her well enough to understand that it was mixture of refusal to admit she had been altered by that day and the pride of a laborer, insisting they’ve been left no less able to work and provide. In the present, this is my tactile. I deny the future every day of my life.

There is so much silence to write in my mother’s story. I cling to the facts and what I’ve experienced to keep building my truth. All writers do this to some degree— inhabit spaces outside of their body. Keat’s called it Negative Capability but I consider it the most important mechanism a writer will employ in their career.   Interconnectedness is the cornerstone of literature.

It is easy to lose our sense of connection when the physical world seems set up to distract us back into ourselves. I’ve always felt that literature’s place in the world is defined by its ability to reestablish our bonds and guide us towards seeing ourselves in the narratives of others. If it fails, we fail.

There has been nothing singular about my life experience — I am the collective. I was raised by varied people who married in and divorced out from disparate groups. I was constantly exposed to a plethora of mental eccentricities, maladies, and socialized quirks. I come from a place that is NYC but entirely not NYC; that resists urban, suburban, or rural. I come from a place that is coastal, not salt nor fresh, but brackish straight through to the center.

I come from a place that is still Republican, that is mostly lawless, that is violent yet tender towards families. I come from a place that has its own sense of virtue with social laws that supersede written laws. I was raised in no less than 4 religions with training in others. I am an only child (biologically) with four brothers and sisters. I make the sign of the cross and curse in Yiddish. When I try to write the poverty of my childhood, it reads like the South.

As I attempt to find my place in adulthood and as writer, I am left reconciling all the pieces of others that I have brought with me. My sociological experiment of a life has trained me to write the silence and fill in the gaps of experience. I’ve only just begun.

My mother’s story is my story, in so much as our lives, as all lives, are connected. I have no right to information she won’t share, but not having that leaves a hole in my narrative and sense of self. She has bricked off my sisters and I from those weeks and months following September 11, 2001. Maybe she is afraid of what will happen to her psyche if she opens those flood gates. Maybe she knows her daughters couldn’t handle it. Or maybe it is a solemn thing to be revered and never shared.

What then of life? Silence is exclusion and we lose entire portions of humanity when we exclude voices. Histories lost and rewritten, a singular view of the world cultivated and fostered as universal. Never wonder why you don’t recognize yourself in those narratives; you weren’t considered.

What chasms do we create between our bodies and the world? In that negative space sits friction, gasses, particulates, and a lost opportunity to understand the depth of human experience. Until we can connect with every person we encounter daily, learn their narrative and figure out which pieces of them fit in to us, we must continue to read and write literature. We have to let our stories live outside us, reaching.

What sits in your silence?

Jen Fitzgerald is a poet and a native New Yorker who received her MFA in Poetry at Lesley University.  She is the Count Director for VIDA: Women in Literary Arts. Her work has been featured on PBS Newshour, in Tin House, and AAWW: Open City, among others.

Jen Fitzgerald is a poet and a native New Yorker who received her MFA in Poetry at Lesley University. She is the Count Director for VIDA: Women in Literary Arts. Her work has been featured on PBS Newshour, in Tin House, and AAWW: Open City, among others.