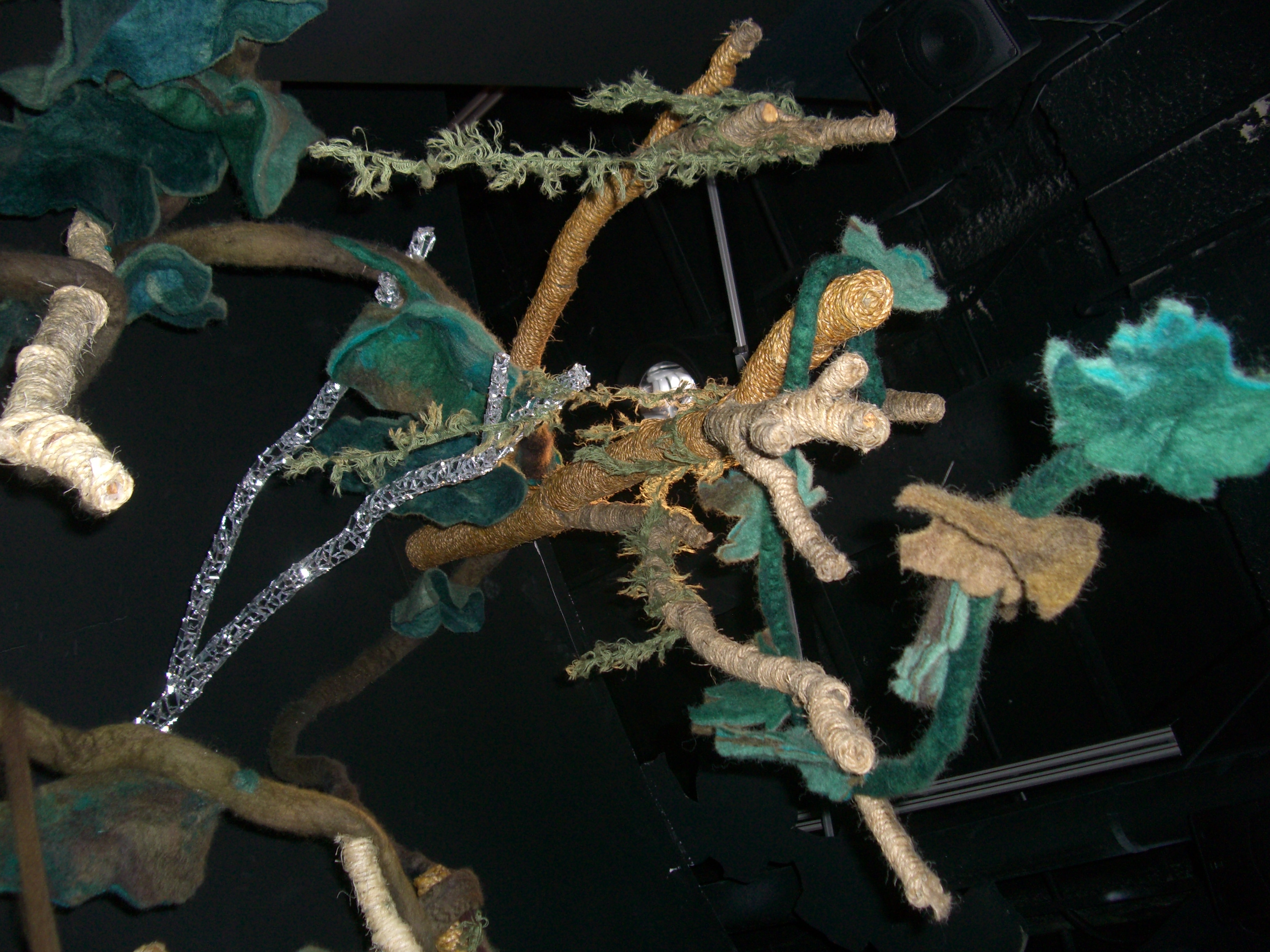 The Reginald F. Lewis Museum of Maryland African American History and Culture houses a broad collection of photographs, hand-woven patchwork quilts, military artifacts, paintings, and local children’s artwork. On the third floor is an installation with a video component honoring the more than thirty documented cases of lynchings that occurred in Maryland between 1870 and 1933. This installation is contained in a small circular room that invites the viewers to immerse themselves in an experience of hostility, brutality, and senseless violence. Created in 2005 by Oletha DeVane, Witness is an installation that stands apart from the rest of the museum.

Oletha DeVane states on her website that she is “a multimedia artist… [who] strive[s] to understand the human condition, the uncontrolled events and our purposeful actions through whatever media serves to tell the story” (olethadevane.com). After viewing Witness, it is glaringly evident that her description of her art could not be more accurate. Her work forces viewers to truly witness the horrifying reality of lynching in Maryland, and it does so through the use of video, sound, and branches made of various materials that are suspended overhead.

Wil Haygood of The Washington Post described DeVane’s installation as “…a small room and eerily darkened, portraying a life ended by a nighttime lynching,” but this one sentence does not properly convey the feel that comes from experiencing the installation. Perhaps it is because Haygood’s experience of the piece was an incomplete one. He viewed the work when the final touches were being added, and had not seen the work fully formed, so his description of “…a small room and eerily darkened” does nothing to even suggest the power of the experience that DeVane has created.

Somber voices flow out the room, drawing the viewer. The voices speak of names, dates, and sites of familiar Maryland locations mixed in with words like “dragged” and “beaten.” As the viewer wanders in, a sign warns parent s to preview the installation before deciding if children should be permitted to view it, making it clear that the experience will be unsettling and raw. The floor has been made to look like hard, dry dirt littered with rocks — a bumpy, uneven surface unsteady beneath the feet. To the right is a wall covered in large, distorted mirrors, similar to those found in funhouses. The mirrors alter, widen, and shorten the viewer, provoking the feel of an uncomfortable silence during a serious and personal conversation. To the left a flat screen hangs from the wall. On it are projected images of faces of the known lynch victims. Expert voices describe life in Maryland during this era. The video shifts to a view of tree branches reflected over a rippling mass of water, and the solemn voices list names of the more than 30 people lynched in Maryland and the counties in which they died. Above are the branches. Most are made of cloth and felt, with fake cloth leaves dangling from their limbs. One is a stem wrapped entirely in rope, but a few stems are covered wholly in reflective pieces of glass. The branches hang overhead, omnipresent and looming, and the viewer stands surrounded in darkness, branches overhead, on unsteady ground, watching the reflection of branches over rippling water, and listening to the names attached to familiar places — places that they’ve been, places that they may even live, and then it will hit them — the understanding that Ms. DeVane herself stated was the goal of her whole project.

Ms. DeVane stated in a recent phone interview, that Witness was derived from her desire to “try to understand how we passed through it [the period of lynching in US history] and, basically, why it happened- how dehumanizing it was.” Her parents lived during the lynching era and she grew up listening to her father’s description of fleeing North Carolina for fear of being lynched. This propelled her desire to understand lynching and how it “became a way of controlling a population through fear.” She spent a year researching lynching throughout the United States, at first, before focusing in on Maryland. She noted that there was a person lynched in every county in the state and chose to list the names of these known victims as a form of prayer. The listing of their names and places of death are a way of paying homage to each of them as individuals and to the burden that they were forced to bear. DeVane hoped to not only convey an understanding of the physical aspects of lynching, but of the mental aspects as well. She ends her video with a clip of a person being incarcerated, showcasing how we physically and mentally lynch in the present day.

Oletha DeVane’s installation succeeds in achieving all of her aims. The weight this understanding follows. Outside the museum a sign stands on a post stating that “Baltimore-based dealers supplied the trade, operating slave pens at the inner harbor, on Fell’s Point, and across the city, including near this location”. These places, now popular tourist destinations, were in fact where “an estimated thirty thousand people were “sold south’” until the 1860s.

Several Baltimore high school students were asked to discuss their thoughts on lynching after completing a unit on it while analyzing Billie Holiday’s infamous song “Strange Fruit”. Even after numerous in-depth learning sessions, these students still held a rather dismissive attitude towards lynching. One student said, “It’s over, I don’t care.” While another said, shrugging, “It was wrong.” It was clear that a full understanding of the impact that lynching had on the American people as a whole was far from being reached. DeVane’s Witness installation, transcends Baltimore’s diversity with a past full of violence. It transcends time and circumstance. It pulls at brain receptors and forces them to open up to the uncomfortable, the troublesome, the hard to comprehend, and the absurd and unrelenting force of hatred. It makes you understand.

2 Replies to “Witness: A Multimedia Exploration of Maryland Lynchings by Oletha DeVane”