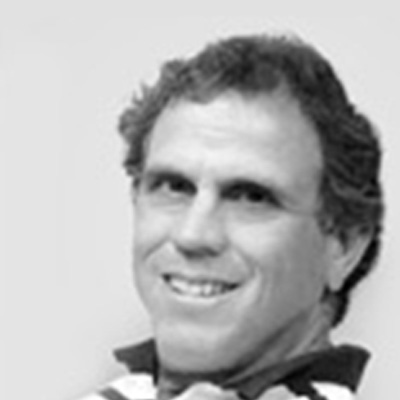 The film industry began here southeast of Hollywood. The streets retain traces of the footsteps of Laurel and Hardy, Charlie Chaplin, the Three Stooges, and before that, a horse drawn streetcar trundled down the dirt road. Nicholson and Polanski shot Chinatown here. Later, Tom Waits would come, Michael Jackson shooting Thriller, sure. From your garden you can see a hummingbird and a coyote. At night the police helicopter circles overhead shining its powerful beam on real life criminals, though what’s real in LA? A perpetual mystery. For six years you lived out of the same suitcase, filling it in London, pulling out an outfit a day for the acting jobs you started getting, finally. Such a strange place, so close to downtown where no one can be seen walking the empty streets. A cartographer might have mapped you on the edge of the known world, lit by the famous light, or cavorting in a Ridley Scott scene from Blade Runner, the glittering rain and shattered sound of a future world well lost. You escaped to the fog and damp of London when you felt you could not take another day. A city where one could take a walk, a city of parks. But no longer yours. You felt a stranger there, and then another audition, another job, Echo Park, suitcase. But in LA the seasons never change, the filmmakers’ adoration of light never stops, the years go by and you were scared you would not be able to leave. People in LA live in denial of death, pretending the light, the wheatgrass, the pill, the new enema, the hairstylist’s guru, the botoxed face—until the earth moves and you think, bloody hell, give me New York, a city on bedrock. But you stay in LA because it is possible to do nothing, and it is easy to avoid a hangover because no one wants to get drunk and besides you need to drive, even if it’s just down the street. So you’re in bed early. You wake in the morning and can actually do things, can read and think, without feeling oppressed as in New York, by the Next Big Thing which must be done. But today someone recognized you at Il Cielo, a perfect stranger, and interviewers hang on your every word, or ask the same idiotic questions, and look at you, almost forty now, but still the raspy voice, now sexy, now squeaky, and there  is nowhere to hide. As before the camera, then projected onscreen, nowhere to hide, nowhere to go, the room you’ve entered a dream of this room you now inhabit, for now every boy, every lost man teetering on the edge of a train that runs into the night through Echo Park and lays in your underwear drawer, the palms and the endless fiery plants and the layered levels of the nameless shining mountains, the important people and the filler people, and the parties that make you quiver like a bright paper streamer blown in the breeze, every last one of them will ask, “Must I follow her too?” Whatever it says you must do you must do. Now is the time for you to go out into the light to congratulate whoever is left in our city, and look, I am totally taken with you, light a candle and place it here in my death wreath and let me blow you a crazy kiss. Oh, wow, I love you so much in so short a time, I’m yours, now what are you going to do with me?–Why do I tell you these things, you are not even here.

Gary Percesepe is Associate Editor of BLIP Magazine (formerly Mississippi Review Online). His short stories, poems, essays, book reviews, interviews, literary and film criticism, and articles in philosophy and religion have been published or are forthcoming in Salon, Mississippi Review, Antioch Review, Westchester Review, Schuylkill Valley Journal, Review of Metaphysics, Christian Scholar’s Review, New Ohio Review, Enterzone, Intertext, Luna Park, Istanbul Literary Review, Pank, elimae, Wigleaf, Prick of the Spindle, Metazen, Corium, Stymie Magazine, Word Riot, and other places. A former philosophy professor, he is the author of four books in philosophy including Future(s) of Philosophy: The Marginal Thinking of Jacques Derrida. He just completed his second novel, Leaving Telluride. His first novel, an epistolary novel written with Susan Tepper, is called What May Have Been: Letters of Jackson Pollock and Dori G, and is forthcoming from Cervena Barva Press in the fall of 2010.