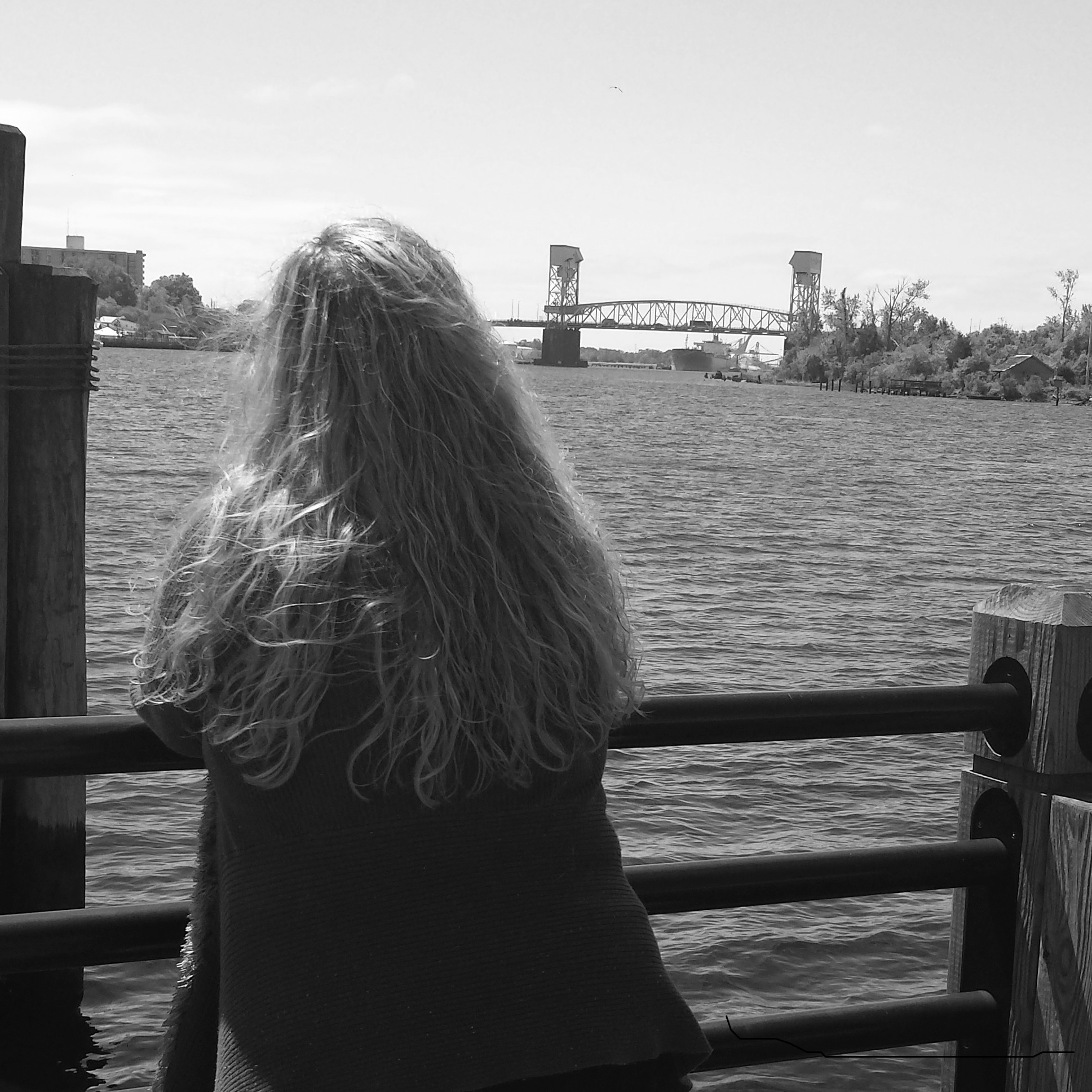 When Veronica landed in New Orleans and turned on her phone she had a message that the boss’s brother had died and all the meetings she’d trav- eled for, cancelled. She collected her bags and sat down in a vinyl airport chair, trying to decide what to do. The hotel was paid for and she didn’t have to be back at work in Arizona until Wednesday. Veronica took out her laptop and checked her email. A headline on her homepage said New Orleans was expecting bad weath- er, and she thought about catching a plane back to Arizona right away.

Her hotel was the Marriott, where she’d once stayed with Van, a co-worker who’d transferred to the New Orleans branch. Veronica had been back many times since then but hadn’t stayed at that same hotel. She wondered if the view of the river was the same, and decided to go see.
It almost was. There were a few barges in the center stretch, warehouses in the middle of the water, and a giant at gray ship, probably military, in the curve to the left. It frightened her and she closed the curtains, checked her email again, and then called Van. He said his girlfriend Trinh was out of town, that she would have wanted to see Veronica, and then he asked if Veronica had been in contact with Enzo lately. She lied and said no; last time she’d been in New Orleans she and Van had had a ght about it, with Trinh trying to keep the peace. “Not a nice guy,” Van said about Enzo. They made plans for dinner.
At dinner he said he thought the weather would miss the city, but offered to let her stay with him if she would feel safer. She said she felt safe, but would like to see his house.
The house was big, only feet from other big houses, but dark. The streetlights weren’t on; it felt like the power was out in that small stretch. Inside she went to his huge, built-in bookshelves and angled her head, studying titles so she wouldn’t have

to talk. A repoussé silver frame shone by itself on a middle shelf, a few feet to her right, but she avoided looking over at it until she’d scanned everything in front of her. Van mixed drinks at a bar that opened to the living room, brought her one, and sat down on a leather sofa.
The picture was Van and his girlfriend, much younger, in wedding clothes. Ve- ronica crunched an ice cube from her drink, and looked at Van after a minute. “We don’t tell people we’re married,” he said, “not even you.” She felt sick and swallowed more ice, then asked if she could use his computer. There were no new emails, but she stared at the screen until Van moved behind her, put his hands in her hair.
She told him she didn’t think she could, now, but he said Trinh knew, that she was fond of Veronica. Veronica said maybe they should see what happened with the weather rst, and he drove her back to her hotel.
Alone in her room she parted the curtains an inch or so; the military ship was gone so she opened the drapes all the way. The city looked like a jewel box from that high up, like it could crumble and scatter with just a shake. Buildings that she knew were square appeared skewed and stretched, trapezoids instead. There were so many rooftops that at rst her eyes couldn’t rest on one, but then she started noticing tiny houses and sheds on top of roofs, and thought it would be fun to ride out a storm in one, hunker down. On the small hotel notepad she sketched a narrow, rounded two-story, added a tower to the top, and then looked back out the window for the building to place it on.
Van called and said there was something at his house she needed to see, asked her to take a cab back over right away. At the front door he took her hand and led her to the computer, where her email was still open. He placed her hand on the mouse and scrolled down to a message Enzo had sent a half-hour before, and they clicked it open. Pictures of Veronica, naked and sleeping, slowly opened down the screen. In the last one, Enzo’s hand held an open pocketknife to the inside of her elbow.
Veronica shook her head back and forth for a minute, said, “I didn’t know.”
Van said, “I know you share similar… predilections. But Veronica,” he started, and she held up her free hand to stop him, and promised him it was the last time. He reached down to the computer tower, held in a button, and in a few seconds the screen went dark. He sat down on the leather couch and patted the space next to him. When she nally sat, he pulled a blanket around them, and with the remote, turned on the television and found the weather.
The storm would miss them, was hitting far to the east. Wind slanted the news- caster, and the sound went out. The camera cut to a trembling street sign that soon lifted from the pole, and silently oated out of range.

Vallie Lynn Watson’s debut novel, A River So Long, was published by Luminis Books in 2012. Her Pushcart-nominated work appears in PANK, decompE, Gargoyle, and other magazines. Watson received a PhD from the Center for Writers and teaches creative writing at UNC Wilmington. She edits Cape Fear Review. 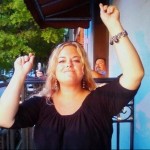 Vallie Lynn Watson's debut novel, A River So Long, was published by Luminis Books in 2012. Her Pushcart-nominated work appears in PANK, decompE, Gargoyle, and other magazines. Watson received a PhD from the Center for Writers and teaches creative writing at UNC Wilmington. She edits Cape Fear Review.