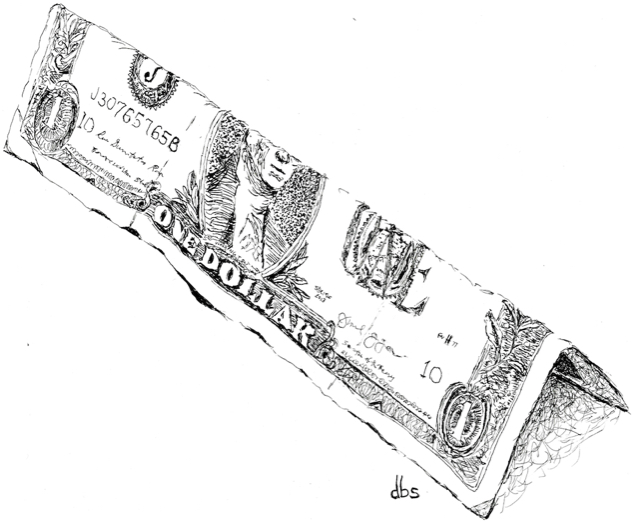 David B. Such is a left-handed mechanical engineer with four decades of experience with turbines and other machinery. He also enjoys reading, writing, drawing, and gardening while living in the foothills of Colorado where, contrasted to his work environment, he appreciates close connections with natural surroundings. His essays, poetry, and drawings have appeared in Weber – The Contemporary West, Stonecoast Review, Gulf Stream Literary Magazine, and many others. Visit David at dbsuch.wordpress.com.

6 Replies to “The One Dollar”