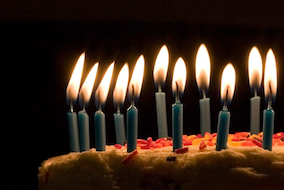 I remember my first kiss. The smell of his bad breath. The awkward way his tongue darted around my mouth and my urge to wipe his saliva off my face the first chance I got. I remember thinking how weird it was to let someone stick their tongue in my mouth. Wondering how long we were going to kiss. I remember feeling nothing.

When there was nothing left to cling to, I surrendered.  I surrendered, but not in the way that people surrender to their passions. I surrendered more like a kidnapper surrenders when the house is surrounded by a S.W.A.T. team with semi-automatic rifles and despite promises of a sack of unmarked bills in the front seat of a vehicle parked at the end of the driveway, you know you are a dead man, you have to surrender.

Even upon my surrender to the slimy-tongued college boys at college, I felt nothing. I submitted to their awkward gropes and heavy breathing, all the time wondering why girls liked this so much. I worried that I would never want to have sex. My worries were eased by threats of unwanted pregnancy and the propagation of AIDS and other sexually transmitted diseases. New vines to cling to.  I reasoned that only a fool would have sex in a climate wrought with such risk. I clung to the pamphlet from the student health center sighting that no form of birth control was 100% fool proof. In a sea of promiscuity, I stood alone, as perhaps the last remaining virgin in the entire New York State University system.

I kissed a girl for the first time when I was 23. I finally understood what everyone else was talking about. It wasn’t bad. It was even kind of good. I was so relieved that I had finally joined the human race. Kissing was good and I could kiss.  I could kiss without feeling bored, and even better, I did not feel the urge to wipe my face off, at least in the presence of the kisser. I stopped clinging and embraced my sexual awakening.  I fell in love with the first — in fact, the only — girl I’d kissed and then we sealed our relationship with a kiss in a commitment ceremony before our friends and family.

We had a huge reception after the ceremony complete with caterers, flower arrangements, music and a three-tiered cake that featured two brides on top. We had an open bar and a cocktail party, complete with an international cheeseboard festooned with toothpick paper flags from around the world. Nearly one hundred of our closest friends and family attended, and at the end of the day I was so tired that I fell asleep forgoing the traditional wedding consummation. I reasoned that it was such a long day and after all, we had been living together for almost 4 years, hadn’t we already consummated the relationship?

In truth, by the time we committed ourselves to one another for eternity, I had pretty much lost interest in all things sexual. I was at best ambivalent.  All around me were images in movies and on television promoting the virtues of sex.  The talk shows promoted condom use for senior citizens.  The evening news warned of the dangers of sex. The morning news educated its viewers of its health benefits.

Dr .Ruth, Dr Drew, Dr. Oz all showed us how to have better sex.  I determined that I had a low hormone level that resulted in a low sex drive. What hormone—and what level—I didn’t know.

Nearly every character on my soap opera was having sex with the other characters.  At times characters would discover that they were blood relatives from some clandestine affair from years past. Nearly every pregnancy on the show was the result of a momentary lapse in judgment.  None of the husbands were the fathers of their wives children. Sex was the culprit.

Teen pregnancy was on the rise and there were after-school specials to prove it. I often wondered what made teenager girls take such a risk of becoming pregnant.  How was the power of sex so alluring as to make intelligent people risk everything for a moment of pleasure? It never occurred to me that it was more than a moment.  It never occurred to me that pleasure was more than a gentle breeze on a humid day.

My partner and I split up after 17 years together. I left the relationship sure that whomever I might ultimately date or marry, they— like me—would regard sex as a relatively low priority.

My feelings about sex being what they were, it wasn’t easy to find a girlfriend. I might have some luck with a nun who left the order or a quadriplegic in one of those puff and go wheel chairs, but I really didn’t want to change my partner’s diapers. I really didn’t want my partner to wear diapers. I thought about those people I had seen on 20/20 who were adult virgins but as they had yet to have sex, who knew how they would feel once that actually had it. It was a chance I wasn’t willing to take.  As I considered the possibilities, I soon realized that I wouldn’t want to date anyone who hadn’t had sex, wasn’t able to have sex, or had it and liked it. That left me with active working nuns and eunuchs. I wasn’t even sure about eunuchs.

Then forgetting that I might actually have to have sex, I found a girl and I fell in love.  Mine was a kind of preteen love, from the neck up. I was so in love with this new girl that I actually forgot that I didn’t care much for sex. I was so in love with her that I forgot everything I had ever thought about sex.  Soon I was wondering why every teenage girl didn’t end up pregnant. After just a few weeks together, I was willing to forsake my first born for a night together.  I discovered that no hobby, no book, no reality show on television could hold my attention like sex. I imagined myself as a teenage boy with a perennial hard on.  The mere sight of my new love left me in a nearly disturbing state of arousal.

My appetite was seemingly insatiable. As a result, I developed a biting lower back pain that worsened with each pelvic thrust. My blood sugars plummeted after each romantic interlude and small conspicuous bruises appeared on my upper arms. With each new symptom, I was pressed to reveal my newly-found sex life to each specialist who all concurred that sex was the cause of my newly-acquired ailments. I examined my gums in the bathroom mirror and noticed my teeth tinged pink with blood after brushing.  I reluctantly made an appointment with my dentist and after disclosing the exploits of my newly found libido, was told that sex, even really good sex was not the cause of gingivitis. Yes, I could continue to have sex, but I needed to start flossing better.

The world around me suddenly made sense. I understood every human impulse. I understood the power of desire. I told her my birthday was coming soon. She told me I was going to get birthday sex. I didn’t even know what it was. She started to lay out a series of rules about birthday sex. First and foremost, we would abstain from sex for five days preceding my birthday.  As this was my first birthday sex, I abided by whatever rules she dictated. On my second day of my abstinence, she told me I couldn’t eat my favorite cheese. It was her gift and I didn’t want to ruin it so I didn’t eat the cheese. On my third day of abstinence, she confessed that she had no idea what birthday sex was and was worried that I might be disappointed. I assured her I would not. By the fourth day of abstinence, I was ready to rip her clothes off but no she said, it’s not your birthday yet. That was when I realized that I had already received the gift. The gift was in the wanting. It was the gift of desire.

I remember our first kiss. The sweet smell of her breath. The ease at which our lips came together and how natural it felt. I remember thinking I want this to last forever. I remember feeling excited and wonderful.

Robyn Segal is an artist, writer, and mother. Her short stories and essays can be found here. She lives in North Haven Connecticut with her 4 children and wife.