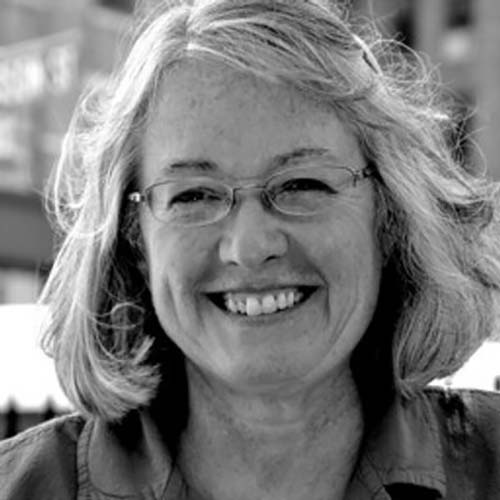 Gray, of Gray’s Agency, sat at his desk, the neon sign outside flashing, rain dripping against the window. It was dusk.

He heard the door down the hallway open, and looked up to see a man in a mackinaw on his threshold. His face was sharp with shadows.

“My name is Rogers,” the man said, approaching Gray. He stopped and took a deep breath. “And you’re a dream thief.” It wasn’t a question.

“I have a job for you.” His mouth twisted to the side. He had made up his mind, Gray decided, but it had been a struggle.

“There was a woman…,” Gray prompted him.

Rogers’ head snapped up. “Don’t tell my story for me,” he said. Then he dropped his head and considered. Gray liked to irritate them slightly at the start. It made them angry, and anger made them talk.

“I keep dreaming the same thing,” Rogers said finally. “I can’t escape it, and I need to. I’ve been told you can help me.”

“It’s a very specific dream,” Rogers continued. “It takes place on a boulevard, at sunrise, as the first birds begin to sing. I’m meeting a figure who comes towards me, her smile getting wider as she gets closer. She carries a box of small cakes with maple icing. But there’s blood on the box of cakes. Not much. A teaspoon. I ask where it’s from and she says, ‘I had to cut out my heart to get here.’ And I say, ‘But what will you do without a heart?’ and she laughs.”

“Those are powerful images,” Gray said. “I imagine they mean a lot of things to any dreamer. What do they mean to you?”

“She died a little while after I left her. She haunts me. Night after night.”

Rogers lowered his voice. “I want you to get rid of this dream. Take it from me or kill it, I don’t care. Destroy it. I can’t stand it.”

He reached one hand out to steady himself on the corner of the desk. Gray said, “I can take that dream from you. But tell me, is it the only dream you have of her?”

Rogers’ mouth curved at that, the eyes developed more lines. “It’s the worst. I can live with the rest.”

“Do you know how this works?”

Gray told him the full amount had to be transferred to an overseas account before anything happened. Sometimes clients didn’t remember what they’d requested. Sometimes they felt so much better that they didn’t feel the need to pay.

“So I pay you all of it and just trust you? A perfect stranger?” Rogers spat it out.

“I didn’t go to you; you came to me. Think about who recommended you. Was that someone who would lie to you?”

Rogers frowned, working it out. Then he grunted. “Okay,” he said. “This can’t go on.”

“I can see that.” Gray made his voice as gentle as possible. “I can promise it will get better, and without pain to you. I’ll enter your room when you’re sleeping, and I’ll take the dream from you. You’ll try to remember it, but you won’t be able to. And after a while, that longing goes away anyhow. You’ll feel free again.”

Gray pushed a paper towards his client. “This is the contract.” He handed him a pen.

Gray liked to work in a waning moon. He loved slipping out at night, ransacking the shadows, whistling from lamplight to lamplight. He always wore soft gloves, even in summer. He touched doorknobs as he went, sometimes tapping lightly at a window.

There were slight sounds just as there were slight scents around him, but he went unnoticed to Roger’s address. The apartment was small but the ceilings were high and the light from the street disappeared just a foot above the window.

Gray studied the man asleep on the bed then pulled out a small pen-shaped box from his pocket. He took out a fine needle with a hollow silver shaft and a teardrop bulb on the end.

Rogers murmured slightly in his sleep. His eyelids fluttered, the movement beneath them accelerating.

Gray’s needle was so fine that the dreamer didn’t notice, even as it found its way to his dreams. Gray closed his own eyes as he began to sort through the carousel of dreams, his finger on the bulb at the end of the needle.

They were mundane, for the most part, about childhood and fears and wishes, but then he saw a woman coming towards him, holding a white cardboard box filled with cakes.

Gray pinched the point into that one, spearing it, and pulled it through the needle.

Dreams are thinner than onionskin, not brittle, sometimes twisting a little like a fish. He snapped the needle and the dream into the penholder.

Gray reversed his journey, gliding through the streets like snow. An eagerness thrummed in his veins. No one ever asked him what he did with the stolen dreams. They assumed he killed them.

Some, yes. But he sampled them first; and he saved the best.

The moon sewed itself behind clouds, and a troubled sleeper called out behind a window. He stopped once, took out his penholder, removed the dream and the needle and like an addict in a doorway, plunged it in.

He watched her coming towards him, her face alight. That sudden lurch of the heart, the way it pulled his blood through his veins. It was the feeling that mattered, that punched him in the gut, knocking him out of the everyday into the elect. That glance; that’s what it was. Whoever she was, coming to him and looking to him. He had chosen well. Her eyes found joy in him, the box of cakes was a celebration, the blood was a promise. He savored her quickening steps, he claimed the emotion, he watched the moment come towards him, lips parted.

Karen Heuler’s stories have appeared in over 100 literary and speculative magazines and anthologies, from Conjunctions to Clarkesworld to Weird Tales, as well as a number of Best Of anthologies. She has received an O. Henry award, been a finalist for the Iowa short fiction award, the Bellwether award, the Shirley Jackson award for short fiction (twice), and a bunch of other near-misses. She has published four novels and three story collections, and in July Aqueduct Press released her novella, In Search of Lost Time, about a woman who can steal time.