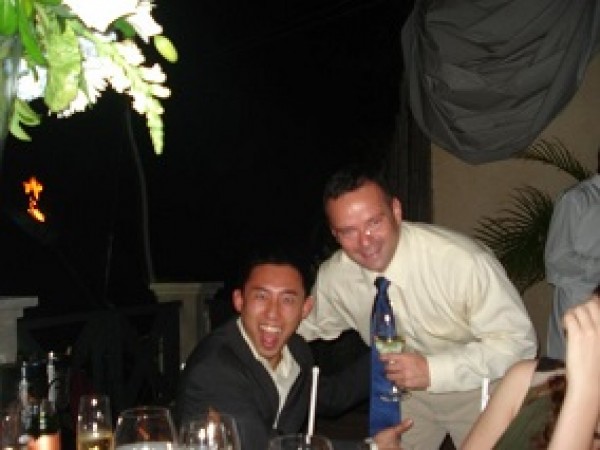 On one end of the earth it sounded like the Super Bowl; on the other end I’m not sure, because nobody heard it. I saw the Super Bowl version, which to those of us in attendance felt like the Super Bowl, too, as if our team had just won on a last-second Hail Mary. It even came down from the sky like a Hail Mary, small and spherical, with a subtle but undeniable hiss.

Our seat to this spectacle was a special section known as the Tactical Operations Center, or TOC, where we had stadium seating, our own high-definition flat screens, instant replay technology, where we could make out the explosion at first, then the huddle of smoke, then upended earth, then nothing but dust.  With a familiar anxiety, we waited for an unobstructed camera angle. Then the huddle cleared, a clearer picture emerged. And the play in the orchard fields was confirmed: three Afghan men, would-be roadside bombers, lay dead, dismembered, as lifeless as the shovels strewn around them.

The ensuing glee was unadulterated. Hugs. High Fives. Fuck Yeahs. If champagne were authorized, the bottles would be popping. With each replay the glee was checked, but only slightly. High fives were traded for handshakes and Well Dones. The calm satisfaction that accompanies victory eventually settled over the members of the unit and our small outpost in rural Kandahar Province. The thrust of the praise, however, went to the Fire Support Officer, the FSO, the trigger man who remotely dropped and directed the hellfire missiles and whose chest elevated, if only slightly, with each hail. But something changed for everyone. The chow hall chatter grew livelier. Pranks were doled out with more frequency.  The hot, dusty air of the outpost, which only moments before was a hellacious wasteland for every American there, developed a new quality—one brought on by pride, just for having been a part of the killing.

That same day, I would later learn, 9,000 miles away in Washington, DC, my best friend James Hwang died alone in his apartment.  Thirty-one years old, himself a war veteran, and by every conceivable measure in perfect health, he died of Systemic Inflammatory Response Syndrome, SIRS. SIRS is little more than an immune response to infection. But in a special dose of cruelty, it afflicts many yet kills only those whose immune system is strongest. Disease-fighting cytokines attack the infection; for the especially robust, too many cytokines can mount up, saturating the battlefield. If that battlefield is a lung or kidney, it’ll shut down. If not treated immediately, so will the whole body. When my future wife called me the next morning, I learned that the battlefield was indeed saturated. In a packed plywood box for a call center, over the sounds of the crackling phone call, I learned—in stunned silence, she’d later recount—about one of the few things I hadn’t prepared for. My best friend, home and safe and lying in his bed, was dead.

When a service member deploys to a warzone, he does an inventory of those things he is prepared to do. Dying is one of them. Killing is another. Celebrating that killing is yet another. But mourning the unexpected death of a loved one back home? That is not.

When the occasion visited me in July 2011, the subsequent sound was only that which I could replay in my head. The battle rhythm persisted uninterrupted—morning patrols, afternoon briefings, and the constant overwatch from the TOC, an omniscient eye in the sky, for any martyr-bound IED-implanters. But I couldn’t hear any of it.

I only heard the sounds of James. His inviting refrain—“sure, sure”—to anyone who addressed him. His annoying chomp when he ate, which I always just chalked up to him being Asian. Or the sound of his car horn out front of my apartment most Saturdays, our own version of reveille to brunch and college football games.

But most often I speculated about the sound of his death. Was it as silent as my response, I asked myself. Maybe in his sleep. Or did he struggle, pawing at the phone in his last competent seconds? I didn’t know what to make of the thoughts; I simply replayed and replayed until every sound around me and in my head—even his—was muted entirely.

On rare occasions they reemerged, and when they did they sounded like a guilty conscience.

More than two years later they still do. To Navy psychologist Daniel Snow, who specializes in battlefield emotional traumas, this isn’t surprising. “The five stages of grief are very real,” he insists, referring to the widely-accepted theory first advanced by Swiss psychiatrist Elisabeth Kubler-Ross (the five stages are Denial, Anger, Bargaining, Depression, and Acceptance). When deployment demands disturb the process, Dr. Snow says, the psychological reaction becomes unpredictable. One might begin to interpret the death “as if it isn’t even something real,” a natural response, he says, “because you have to survive yourself.”

But at some point the reality returns. For those grieving the deaths of loved ones back home, that reality is dark, but unique from that of those who lose comrades in combat. “Think about it,” Dr. Snow says, “home is the safety net. Home is what we’re fighting to protect. If people are dying back home, then it strips meaning from what we’re fighting for.”

“It really shakes the bedrock,” he adds.

A delayed grief response, Dr. Snow calls it, one brought about by guilt and a diminished sense of purpose—just for having been there while they died here.

Then you return to the happy homecoming, to the smiles and congratulations, to the hugs and high fives. My wife was at mine, lost in blue jeans and a red silk top among the other patriot-clad family and friends convened in the international terminal at Baltimore airport. She closed in on me without me noticing her. When I did see her, I saw joy and relief on her face, though I didn’t hear much amid the deafening cowbells and applause. For a brief moment while we embraced, I thought about James. I thought that if he were there, if he had picked me up with that honk of his horn, we might have gone straight from the airport to a bar, for a meal and a beer and maybe a ballgame. There I would have asked him, and he would have told me, and then I would have known what it was I was supposed to do next.